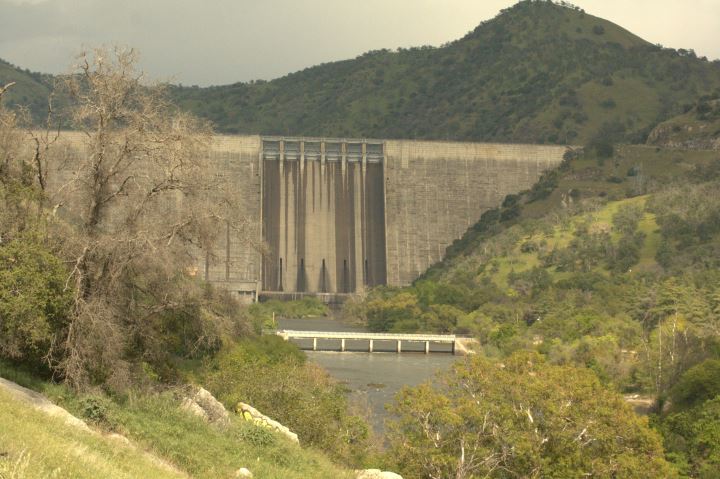 The Kings River Water District held its Thursday, July 19, 2018 board of directors meeting in Centerville California. Before the meeting began there was a discussion on how all the latest electronics on tractors has rendered them worthless for resale. Someone said you used to be able to sale the used equipment to South America but they don’t want it now. I’ve heard tractor manufacturers claiming all data generated by the owners belong to the makers. I’ve also heard this has been successfully challenged in court and the farmer won. I don’t have any specifics on this but if you do please share.

Chairman Jack Paxton called the meeting to order at 8:00-ish and the minutes were approved. There was no public comment and all the directors present conducted the meeting with a clear conscience because they had no conflicts. The board decided to skip over closed session and clear out the open items. I don’t know if they did that for my sake, but I was the only member of the public present – so I really appreciated not having to sit out in the lobby and pretend I can’t hear what’s being said through the hollow core door separating us.

KRWD General Manager/Engineer Nick Keller gave the financial report and the board approved it. He said the district’s insurance agent or someone who works for the agent sent them a letter asking for a renewal of the district’s policy but didn’t list any of the details. Keller got the proper figures together and asked the board to pay up almost $1,800 but it covers all the equipment so the board approved. The State of California surprised folks by dropping its workers comp bill because KRWD employees are safe and don’t go around wounding themselves. So that was nice. There has been a change in the way Form 700 is filed. A waiver is now available to allow electronic filing with Fresno County, if I understood correctly. However, this necessitated a review of the district’s conflict of interest code, which was done.

Superintendent Mike Sullivan reported algae and moss is a major problem today. There have been some algae that can produce toxins reported at Pine Flat Lake but there is also a regular, old, slimy alga spreading green goo all over things in the Kings River. It was reported this problem is also taking place in the Friant Kern Canal.

Paxton gave his report and said Provost & Pritchard attended the recent Kings River Water Association meeting and to celebrate its 50th anniversary with really good cookies. It was noted Kings River Conservation District’s Eric Osterling is leaving to head the Greater Kaweah GSA. The Kings River produced 75 percent of its average water this past year. Not bad and the runs by various districts taking Kings River water will do pretty good. The Watershed Coalition has been asked for data from the state that is causing problems. The State Board’s actions on through Delta flows won’t impact the Kings River but there’s a law suit either filed or pending that says this is a physical taking of the water and the state will have to pay for it. That rock in the sandal may be too big for the State Board to continue walking this path.

Caltrans is puttering around on the State Route 180 and this solidly collides into KRWD facilities such as canals and sloughs. There is a reason Caltrans is held in the esteem it is held in. Perhaps only High Speed Rail can better it in the not being held in high esteem department.

The meeting then went into closed session and the next meeting will be August 23rd.

Kings River bottom land on the east side of the San Joaquin Valley.