The Westlands Water District board of directors met on Tuesday, November 20, 2018 at its Fresno headquarters. This was not one of those standing room only meetings with dignitaries hogging all the good seats. It was all semi to fully happy faces. You get to know these folks and after a while it’s like seeing old friends and getting caught up on things. Until the gavel drops and then you got to sit up straight and pay attention. Chairman Don Peracchi called the meeting at 1:00pm. 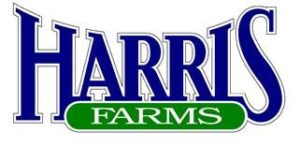 General Manager Tom Birmingham gave his report and said Damen Nelson (sp?) was one of the most knowledgeable staffer on Capital Hill. Nelson recently passed away at a relatively young age.. Nelson was with Congressman Devin Nunes and had since moved on to work for the intelligence committee full time. Birmingham said Nelson was possibly the best informed and hardest working supporter of the Central Valley Project and how it works and why. Birmingham requested the board to pass a resolution next meeting honoring Nelson. I was afraid he was going to say Congressman David Valadao was lagging in the recount. I haven’t heard anything new on that story.

Russ Fineman gave the water report saying although it’ still early and there is rain expected but the prognosis for the year is maybe 40 percent allocation. However, under median conditions the San Luis Reservoir is likely to fill barring any draconian state actions.

Filling in until WWD can find a replacement for its former Public Information Officer Gayle Holman is Johnny Amaral, Assistant GM. He said media inquires are down and eyes on the website are up. He said after interviewing more than 40 applicants to replace Holman the lady who was with the Greater Fresno Chamber of Commerce should be taking on the PIO position. ACWA is coming up next week and many WWD staff and directors will be attending. Jose Gutierrez reported the State Federal Contractors Water Association continues to ramp down. However, there is a problem with the retirement fund. We’ll see what happens.

Director Dan Errotabere chairs the Water Policy Committee. He had Fineman report on the

Temperance Flat transition from the original JPA of counties and cities to a JPA of water contractors. Friant Water Authority and the Exchange Contractors have joined together in the JPA. Dan Pope said Westlands is still most welcome to join and there is the possibility of further refining the JPA policies and bylaws. The modeling to determine how the new reservoir could be operated is moving slower than expected. Attorney Jon Ruben said the requested changes to the JPA requested by WWD were not adopted. Fineman said it appears more to the timing of the changes to the JPA as the problem. With the transition underway there was hesitancy to change the wording until later. The WWD board is concerned about the scenario where

Westlands could be liable for expenses approved over WWD’s objections under the current wording. (After I wrote my intro more folks showed up. Birmingham asked staff sitting in the audience to please get up and allow members of the public to come in and sit down. WWD needs a larger board room, I need a larger barn.) A grower said he was getting very tired of the way the westside comes in last on these negotiations. If WWD does take on the JPA Errotabere will be the designated hitter for that group.

represented the MPG. Rhodes (who is soon retiring – I’ll miss him) explained the agreement. In general it allows many of the permits issued singularly to be grouped together – if I understood. This agreement had taken a long time to complete not because of disagreement between MPG and WWD but due to the government dragging things out with a seemingly endless list of concerns. Birmingham said an agreement today will release the documents for public review before the US Bureau of Reclamation approval. Errotabere wanted to know if this will somehow impact storage at San Luis Reservoir. The answer was not in a negative way. Grower Will Coit also asked how much storage the Mendota Pool holds but since it’s a flowing body of water there really isn’t an amount.

Kitty Campbell reported on SGMA matters. She showed the board some of the data gathered by staff and perhaps other sources. It is a bit difficult to describe grafts but groundwater levels and changes were the basis of most of the points shared. Westlands has two aquifers; one above and one below the Corcoran clay in many parts of the district. Clay soils are more prone to subsidence than sand and gravel type soil. There are also parts of WWD with no groundwater pumping – the area in the northern portion west of Inner State-5. Most of the pumping takes place in the southern portion of the district – I think, she was referring to township and range.

Campbell continued with the news DWR grant funding is up to $400,000 for SGMA costs. However, WWDGSA has spent more than $700,000 so far on SGMA. Staff is looking at four management areas where groundwater credits will be limited. This is based on aquifer characteristics. For instance: management area one is de Minimus since there is no ag pumping taking place. One proposal is to allow district water to district owned areas. Westlands picked up some land taken out of commission. Lease the land and allow tenants to use the water. There are areas where subsidence is of concern. Option One is uniform allocations with fallowing as a choice. Grower John Ritter said it would be better to distribute the water from district owned lands to the remaining growers would be better than taking WWD finances as the most important. He pointed out most of the folks in the room wouldn’t want to see the government hang on to a large surplus when it could be used. That would yield a higher estimated safe yield; slightly over half an acre foot. Attorney and NGOer Amanda Monaco asked about disadvantaged communities drinking water. None of the communities in Westlands depend on pumping of groundwater solely. Coit told Monaco he will do everything he can ensure disadvantaged communities have clean water since all the grants depend on this. He also suggested the landowners form their own organization. He said the government is writing laws that can’t be complied to.

Campbell said monitoring all the pumps could cost $4 per a/f. Any over pumping would result in a

fee that goes to pay for recharge programs. It was said it is lawful to allow a grower to over pump for a couple of years, but a recharge obligation will have to kick in and pumping curtailed. A grower could pump more for a while but have to pay and replace any extra water. There are conditions where it’s cheaper to run wells. Director William Bourdeau rhetorically asked if the Bureau doesn’t deliver the water it is required to under contract could growers charge the Bureau for any fees that occur. The answer was, “Yes, provided you’re willing to wait by the mailbox to the fifth or six generation.” A director asked if neighboring GSAs have decided to continue over pumping and how could that impact WWDGSA. The answer is no GSA can pump enough to harm a neighboring GSA under SGMA law.

The financial reports were next and the board paid the bills and approved the reports. Ruben said

he worked on this supplemental language in response to some comments he received and this wasn’t a mandatory action. The board also considered adopting a new paragraph to Article 13.1 to the District Rules and Regulations that adds to the conflict of interest code for directors. I wasn’t that interested until Ruben pointed out some of the consideration. This addition will require a director personally negotiating with District X for water has to go to WWD’s GM first and be sure WWD isn’t also negotiating with District X. Birmingham said the duty of loyalty to the district. If staff and a director end up trying to outbid each other everyone is harmed. Director Todd Neves said he’s been in that very position and before he acted he consulted with outside council and received the same advice as Ruben drafted. Birmingham said if this was a corporation the law would be very clear this would be a decidedly evident conflict of interest. The board shelved this for next month Lastly the board adopted Resolution No. 123-18, in commendation of Deborah Tuggle. Ms. Tuggle retired after 19-years as an accountant with WWD. The meeting then went into closed session.

ALL RIGHTS RESERVED.  Copyright Ó2018 by Don A. Wright