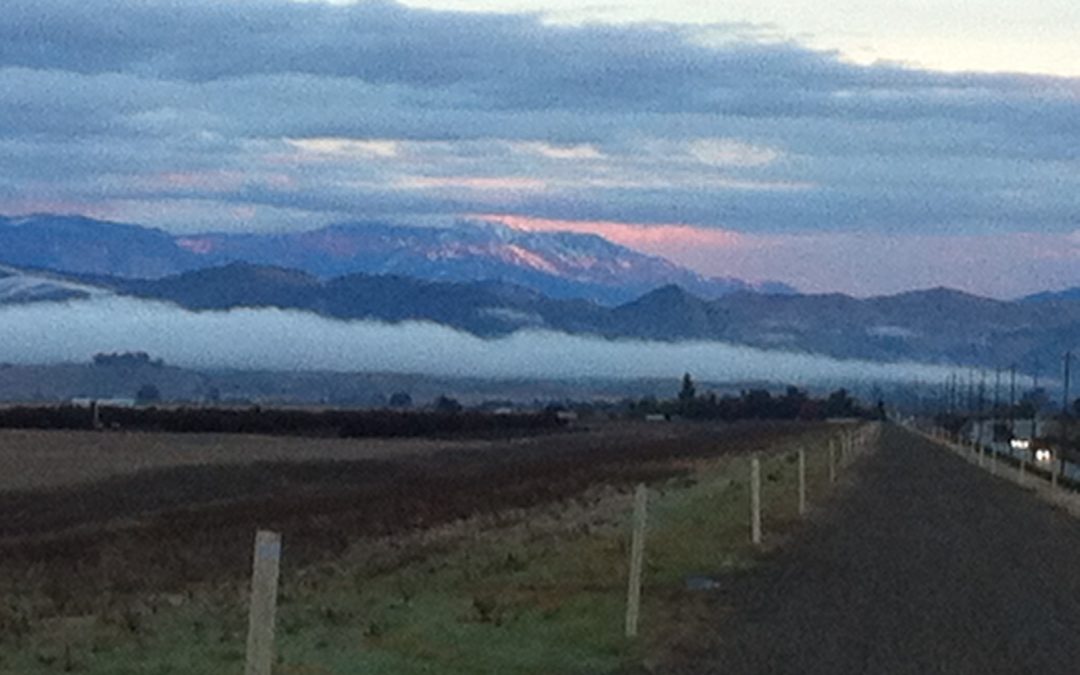 As a news consumer and, for many years, as a writer and editor of print and broadcast news copy, I take an interest in the shorthand writers use to describe—and, often, to cast aspersions on—their subjects.

Take, for example, “dusty.” In news stories, “dusty” is used generally to describe any community west of the Mississippi that is smaller than the community where the writer lives. Just in the past month, for example, the San Francisco Chronicle described “the dusty towns of the Salinas Valley” in a story about visiting Monterey County.

As a native of Amarillo, Texas, I remember a long-ago article in the Sacramento Bee, focused on the legendary poker player Amarillo Slim, which described Amarillo as a “dusty west Texas town.” Somebody—not me—later wrote to the Bee to point out that Amarillo receives about twice as much annual precipitation as Sacramento does. Who’s dusty now?

Sometimes, the writer will put those terms in copy or a headline (Big Ag is particularly attractive to headline writers). Often, though, the terms come in quotes from representatives of environmental groups or others who don’t like some aspect of current agricultural production. Almost always, the terms are left undefined or unchallenged—presumably because writers and editors assume their readers know and understand the terms.

In a couple of recent examples, the news website Undark described the San Joaquin Valley as “the land of Big Agriculture” in a lengthy story about the region’s air quality, and the Sierra Club magazine criticized the new federal farm bill as providing “subsidies for Big Ag.”

In the national news context, Big Ag often serves as a shorthand reference to companies that provide agricultural-related products or services, rather than about farms. Here in California, it tends to be defined mainly as “large, corporate, industrial” farms that the writer doesn’t like. For most users of those terms, and their readers, their definitions remain just as amorphous as the definition of Big Ag.

But some of those terms do have actual definitions, provided by the U.S. Department of Agriculture.

In its Census of Agriculture, USDA lists the number and proportion of farms owned by families or individuals, partnerships and corporations. It further breaks down corporate farms as family held or other than family held.

In the 2012 census, nearly 77 percent of California farms were held by families or individuals and about 11 percent by partnerships, and another 3 or 4 percent by cooperatives, estates, trusts or other types of owners. When the latest census figures come out, we’d expect the proportions to remain close to that.

As to “big”: That, too, remains in the eye of the beholder.

Census data and other USDA reports show California farms and ranches remain smaller, on average, than their counterparts nationwide. The most recent USDA “Farms and Land in Farms” report put the average California farm at 328 acres and the national average at 444 acres.

Earlier this month, USDA published an updated version of a report titled “America’s Diverse Family Farms,” which looks at farm organization on a national scale, based on a survey of farmers and ranchers. Among its key findings:

Lest we fall into the same trap, it’s also good for people in agriculture to remember that there are many nuances among the reporters, bloggers, interest groups and others who discuss and write about the topics important to us.

Let’s hope we all do a better job of talking about, and to, each other during 2019.