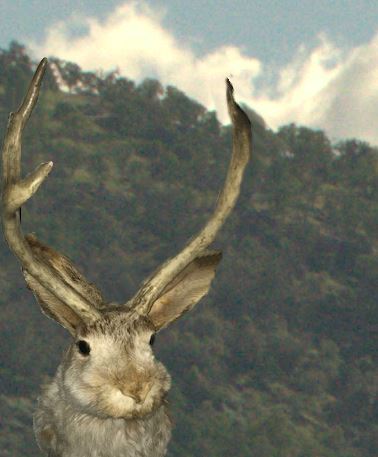 The Kaweah Delta Water Conservation District held its Tuesday, February 5, 2019 board of directors meeting at its Farmersville headquarters. Chairman Don Mills called the meeting to order at 9am. There was no public comment but General Manager Mark Larsen had a trash can full of announcements. He said against all odds common sense somehow broke out in Washington DC and Bakersfield attorney Ernest Conant was appointed Mid Pacific Regional Director at the US Bureau of Reclamation. Larsen said Conant knows the San Joaquin Valley and that’s a step up in many ways. Although the

last guy to hold that position, David Murillo was pretty good. Larsen also said Greater Kaweah GSA Executive Director Eric Osterling will be speaking with Eastern Tule GSA Executive Director Bryce McAteer at next week’s World Ag Expo about SGMA. And, drum roll, Anita Wilson has been with KDWCD for 30-years. She must have started working there when she was 12.

Friant Water Association is having a get together at Buck Owen’s Crystal Palace in Bakersfield. I didn’t get the date and time but I can tell you the food’s good, maybe a little expensive but considering you’re in a incredible country music venue/museum. Good choice.

The minutes were approved as was the accounts payable. Lake Kaweah has almost 31,000 a/f in storage with more storms coming in, said Water Master Vic Hernandez. The weather has turned cold and the snow levels have dropped. On my way here this morning I could see the Coastal Range from across the Valley. It was covered in snow, a very rare sight. We’ll see how long that lasts, but it sure was pretty to look at.

Larsen next spoke about the NASA Airborne Snow Observatory. NASA being a federal agency was impacted by the recent government shut down. The ASO requires flyovers of the Sierra Nevada Range. Something I just learned today; the dirtier the snow, the faster it melts. Larsen shared a power point presentation about the ASO. The charts overlaid the traditional estimated measurements over the ASO measurements. It was very different. ASO is incredibly more accurate and a far better tool for preparing for runoff. The state’s Department of Water Resources has acknowledged ASO’s benefits and is on board

with the program. In fact there are more than a dozen entities partnering on these efforts. Go to https://aso.jpl.nasa.gov/ for more info. Larsen said there is a better understanding of “atmospheric rivers” with more weather balloons and ocean buoys feeding information to the data crunchers.

The next topic was the Friant matters. There are two big issues; Temperance Flat Dam and the “kink” in the Friant Kern Canal. FWA and the Exchange Contractors have formed a MOU to take over from the San Joaquin Valley Water Infrastructure JPA the Prop One responsibilities. Temperance Flat Reservoir Authority. It just so happened Aaron Fukuda is one of the drivers of this transfer. Fukuda is the GM of Tulare ID and he was sitting by me. He said the SJVWIJPA is still intact and has a seat at the table of the new TFRA. Engineer Nick Keller was sitting in for his father engineer Dennis Keller and he said he’s been working with the engineering firm Stantec. He said, and Fukuda agreed, the model currently being used isn’t nearly as good as it needs to be. If I understand it correctly, the cost of storage space is expensive but under the SGMA hammer it may be one of the very few options. Also, if I understand correctly, there is 875,000 a/f of storage available for subscription. Keller said each partner district has its own set of numbers different than Stantec and those are the numbers decisions are being based on. The biggest value at this time is the ability of Class II Friant contractors to be more flexible in their operations.

The other big deal, the FKC is sinking due to subsidence. It’s sinking enough to impair flows to Kern County. There are a few temporary fixes proposed but the big fixes are in the hundreds of millions of dollars; like $400 million and that will be a very large amount of money added to growers buying water. Larsen said the temporary fixes will add maybe 300 cfs to the flow. It amazes me how this isn’t a big slug of water in relation to the FKC.

Next, Larsen spoke about the Cultivate California program being implemented by the California Farm Water Coalition. The demographic targeted is mothers in urban areas and it looks as those it’s paying off. There is buy in from most of the stakeholders. There is always some skepticism when marketing is mentioned. It’s absolutely critical to bring a message to the forefront but it is also difficult to directly quantify.

Keller reported whoever it was at the City of Visalia has moved on without a replacement. Nobody knows who to talk with. The city is partners on the Oakes Basin project so there wasn’t much to report. The Hannah Ranch South Project is doing much better. Even with the recent rain it was possible to continue working on ditches and levees. The soils at the location vary widely; from sand to black, slippery slit. There will be places where clay will be needed. Keller said one of the pluses for this phase is the distance the excavated material needs to be moved is short.

Osterling reported next on the GKGSA. He said the basin setting dance is still on going but it looks like there will be enough quarters to keep the jukebox running long enough to get the GSP finished. Measurable objectives, sustainability goals and what portion of the overdraft in the Kaweah Sub Basin belongs to GKGSA has yet to be determined with any finality. There is a nationwide study of how different states manage groundwater sustainability taking place. There will be a sub basin wide

meeting at the Tulare County Administrative offices later this month. Director Brian Watte said he’s attended many GSA meetings and he praised Osterling’s patience in dealing with uninformed folks. Mills said he’s walked out of the room to prevent himself from saying something he’d later regret; he was agreeing Osterling is doing a very good job. The board approved an assessment to fund the GSA one more time.

Next Larsen said the Army Corps of Engineers, the DWR and the KDWCD are all partners in the Lake Kaweah enlargement

project. He said everyone so far are all on the same page. A lot of money is owed the locals. Remarkably ACE felt the locals overpaid by more than half a million dollars. That’s great news but don’t forget we’re dealing with a federal agency whose average nonmilitary project time is in excess of 20-years. Larsen went through a lengthy and complicated reimbursement plan involving the Corps and the state. There is an antelope squirrel, on the species list. Someone said, Mills I think, it sounded like a jackalope.

That was that and the meeting when into closed session.