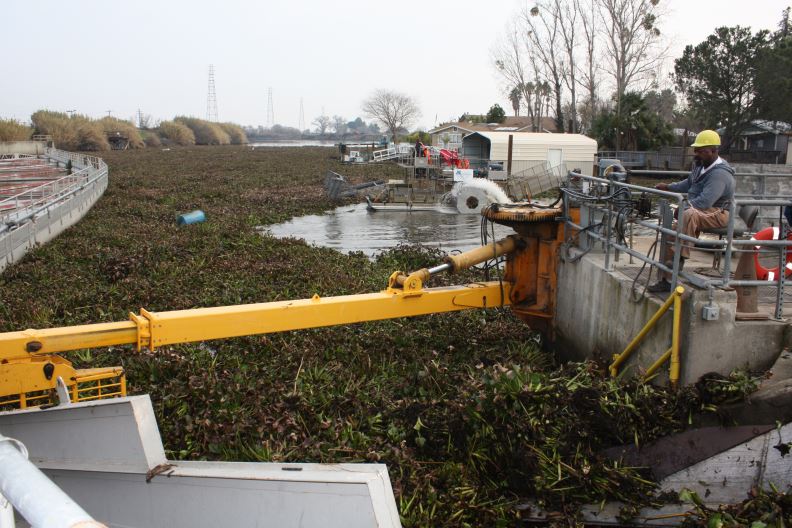 The United States Bureau of Reclamation released the following statement earlier this week. What does it mean? Well, for some time flushing more and more water through the Delta has been the “silver bullet” of the bureaucracies in trying to get the San Joaquin/Sacramento Delta’s environment stabilized for endangered smelt and salmon. The people and businesses most negatively impacted by this has been San Joaquin Valley farmers. The efficiency of sending more water out to sea through the San Francisco Bay by way of the Delta did not take into consideration; 90 percent of the original Delta is gone, Sacramento and other metropolitan areas are dumping more and more waste into the waters, predation by non-native striped bass and other species is taking out up to 90 percent of the salmon and farmers and those living in the Delta are being hammered by water quality and invasive plants like hyacinth.

Reviewing the biological opinions is called reconsultation. The US Fish & Wildlife and the National Marine Fisheries Service will now come together and develop a plan that takes into consideration the other known stressors for operating the Delta. The USF&W is under the Department of the Interior while NMFS is under the Commerce Department. It took a memo from President Trump to get things going.

The reason this reconsultation has the potential to be a good thing for the San Joaquin Valley is the amount of water that can be pumped to fill San Luis Reservoir could be increased. It may also show the devastating amount of water the San Joaquin River tributaries are being assessed for through Delta flows by the State Board may be unnecessary. The USBR is obligated to provide water to the Exchange Contractors. During the recent drought the Bureau couldn’t get enough water from the Delta to meet that obligation and called on San Joaquin River water from Millerton Lake. That was water contractors along the Friant Kern Canal has been historically using to irrigate crops and provide supplies to cities on the Valley’s east side. The better the Exchange Contractors Delta supplies the better for Friant Kern Canal contractors. So, that’s my attempt to explain the importance of reconsultation.

The Bureau of Reclamation released the Biological Assessment for the re-initiation of consultation on the coordinated long-term operation of the Central Valley Project and State Water Project. The document was transmitted to the U.S. Fish and Wildlife Service and the National Marine Fisheries Service for consideration in developing new biological opinions covering CVP and SWP operations. Reclamation and the California Department of Water Resources re-initiated consultation in 2016 based on new information related to multiple years of drought and ongoing science efforts.

In October 2018, President Donald J. Trump signed the Presidential Memorandum on Promoting the Reliable Supply and Delivery of Water in the West, citing the “diminished…ability” of America’s infrastructure “to deliver water and power in an efficient, cost‑effective way.” To that end, the Memorandum directed the Secretary of the Interior and the Secretary of Commerce to work together to complete the consultation process in a timely manner.

The Biological Assessment supports Reclamation’s consultation pursuant to Section 7 of the Endangered Species Act of 1973. It was prepared consistent with the timeline outlined in the Presidential Memorandum. The U.S. Fish and Wildlife Service and National Marine Fisheries Service are expected to issue final biological opinions within 135 days.

“It has been 10 years since the biological opinions on the coordinated long-term operation of the CVP and SWP were issued. Since then, we’ve experienced extreme drought and invested significant resources to advance the science of the Central Valley and the Delta in coordination with our state and federal partner agencies and stakeholders. The result of our investments is an improved understanding of the system,” said Mid-Pacific Regional Director Ernest Conant. “By expanding our toolkit with the best science and using what we know today, new biological opinions will allow us to maximize water and power benefits while supporting endangered fish populations.”

The Biological Assessment analyzes potential effects of the proposed action on federally listed endangered and threatened species and critical habitat for these species. The proposed action incorporates the best available science into the operation of the CVP and SWP. Proposed actions outlined in the document include temperature management at Shasta Dam, fall habitat and salinity measures in the Delta, and entrainment management related to water exports. Together, these proposed actions aim to give water operators more flexibility, maximize water supply delivery and optimize power generation consistent with applicable laws.

[There is lots of info at this link.] The Biological Assessment is here:  https://www.usbr.gov/mp/bdo/lto.html