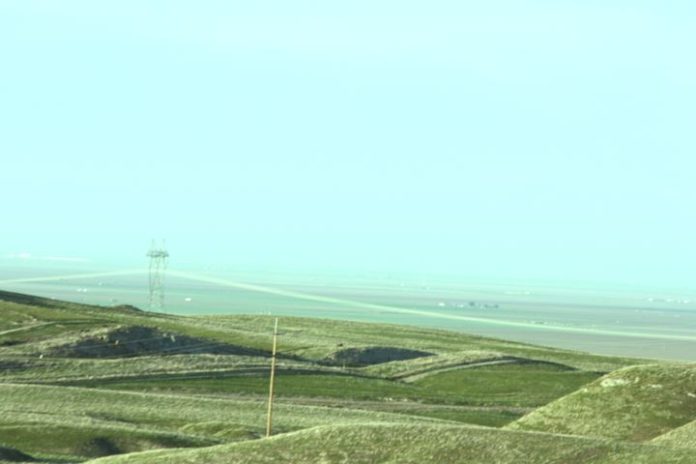 The Sustainable Groundwater Management Act of 2014 has sucked the oxygen out of the room for the past couple of years. Things are starting to mellow out a bit and now that the scary has worn off more ideas of how to deal with the challenges are coming forth. Rosedale Rio Bravo Water Storage District of Bakersfield has been in the forefront of groundwater storage and usage. Eric Averett, RRBWSD’s General Manager has been a leader through GSA and GSP development with the Kern Groundwater Authority, where until recently he served as temporary Executive Director. On Tuesday, March 26, 2019 at 2:00pm Rosedale opened its boardroom to West Water Research and the Environmental Defense Fund to talk about a groundwater trading pilot program.

Harry Seely of West Water and Christina Babbit of EDF came up with some ideas they  shared with about a dozen folk on a beautiful afternoon. Seely’s company developed a trading platform he explained. There will be special software developer to come up with the actual computer program users will interact with. Things like confidentiality, user friendliness and other features will be refined.

Website members, who also must be RRB landowners or they agents will log on and go to a “Craigslist” type page where someone selling water posts the quantity and price. Someone else can post who much water and what price they are willing to pay. This is won’t be tracked by RRB on a name basis. Nor will the district guarantee or indemnify any transactions, or really, become involved in any transaction. APNs would be used. Now the district will know who owns the APN but that won’t be a public identifier. A mock up training session is planned for June. Averett said the success of this effort could be the starting point to ramp things up and share with other districts. He also said there are policy issues that will need to be developed. For instance; if it is proven it’s detrimental to the SGMA goals to move too much water from one area that would have to be revisited.

Also, it is possible to lease land from another landowner just to get the water. Once the bugs are worked out Averett said

once a deal has been struck and a the parties have pushed the confirm button the deal is done. RRB won’t be playing umpire.

I asked Averett why EDF? As it turns out Ann Hayden also of EDF and Babbitt have been working collaboratively with RRB. Now in some corners, thanks in no small part to assinine treachery of the NRDC on the San Joaquin River settlement, environmentalist groups are viewed with less than warm fuzzy looks. I remember EDF from the recent Water Exchange Symposium at Fresno State University. They weren’t the type of enviro who are actually lawyers in disguise or the type who protest to make themselves feel better while wearing sweat pants with dress shoes or conversely dress slacks with tennis shoes. Hayden explained that EDF has been interested in being involved in a collaborate manner in working to help both ag and the environment. And RRB isn’t the only

district in the Valley EDF is working with. Fair enough. Why West Water? Seely and Babbitt said EDF recommended West Water because it isn’t a platform provider but has a relatively long history of working with water markets. An RFP was sent out to get someone to program the necessary computer tools. That will soon be decided. There will be two trial runs using RRB landholders to try and dream up as many different scenarios as likely to happen. As this is going on the bugs can be worked out in time to confidently roll out the real thing and let RRB growers have a shot at it.

Also there was a camera crew from France making a documentary for a joint French/Germany PBS type of show. They told me they’d dub me once in German for the German version and once in French for the France version. I hope they put English captions so I’ll know what I said. That was about all there was.