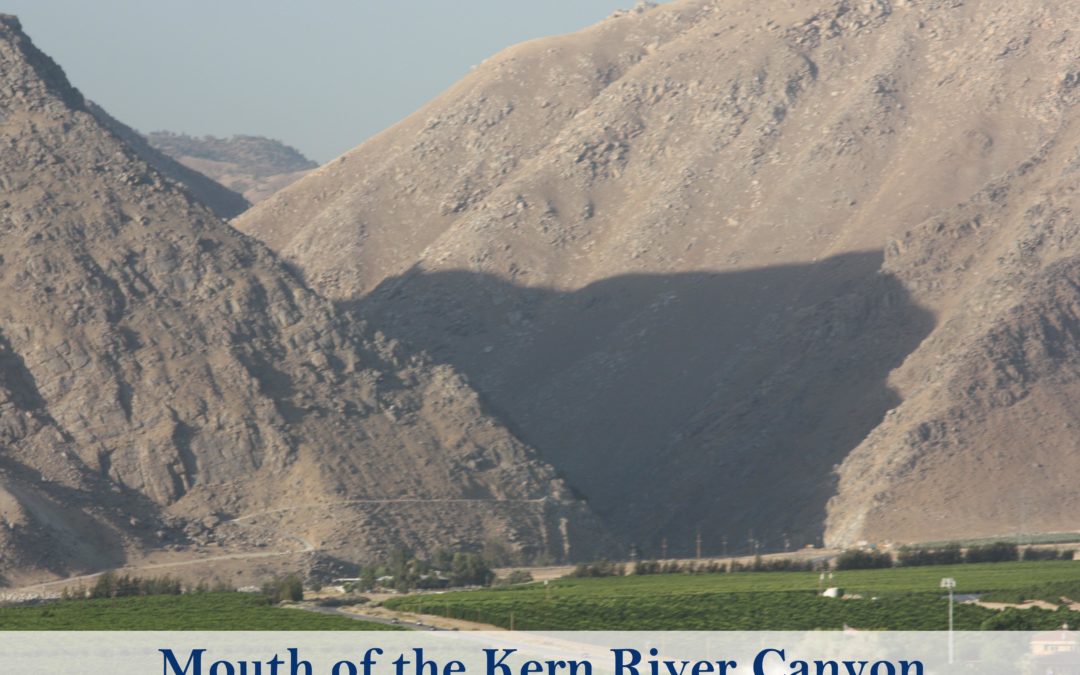 The Kern Water Bank Authority held its Friday, May 10, 2019 board of directors meeting at its Bakersfield headquarters. Normally they get together on Monday afternoons but I guess ACWA has once again taken its toll on scheduling. The meeting was scheduled to start at 9:30am but there wasn’t a quorum and why call the meeting to order if you can’t do any work. At 9:32am Chairman Bill Phillimore* called the meeting as some stragglers showed up. Right out the gate Andy Paulden CPA gave the audit report. Paulden spoke clearly and quickly, my favorite type of auditing report. He said there were no issues that would do anything but shine a brilliant light on KWB’s books. He went out of his way to praise KWB controller Danelle Lopez and Nancy Pollard, CPA of Barbich, Hooper, King, Dill & Hoffman for their help. The board to a few minutes to look over the audit report, cleared its collective throat and approved the audit.

Next Lopez gave the board the financial report and payment of the bills. She said KWB will be shifting its payroll account from one bank to another. She did a great job as Paulden had alluded to earlier and the board approved her report.

General Manager Jon Parker began the staff reports saying more than 100,000 a/f has been recharged so far this

year. There’s way more than 1-million a/f in storage and the water levels are climbing. Nick Torres, Superintendent was asked if there is a better way to keep up with the accounting of whose water is going into the bank. There are state, federal and local supplies going into the bank. The hiccup seems to be coming from the Kern County Water Agency’s record keeping not keeping up with the pace during this time of year when flood flows are coming in fast and heavy. Kim Brown said there could be more CVP water heading towards banking soon.

There are plans for construction going out to bid immediately and that will require shutting down sometime like in August and September. Sheridan Nickolas, GM Wheeler Ridge Maricopa WSD said he’d like to be able to use the Cross Valley Canal for Kern River water deliveries and isn’t looking to bank at that time.

Roundabouts have become popular. I think it has something to do with that song by the British band Yes. There are two of them on the roads impacting the Bank. The perpetual bike path is still being discussed and there is a bureaucrat somewhere in the Fresno offices of California Fish & Wildlife who needs to sign a piece a paper to get this wrapped up. If I understood correctly. Parker continued saying there are four completed capitalized maintenance projects and four road crossings that need to be replaced. There are some siphons that have corroded over the years and need replacing. There are intakes along the Kern River on the verge of failure that need replacing as well. There is another $120,000 to go on last year’s budget.

The Integrated Regional Water Management program has some grant money. KWB needs to apply and would have to kick in a 25 percent share for a $12 million grant. The money can used for pump station expansion. The award will be issued in the fall and funding is expected to take place in spring 2020. Provost & Pritchard will handle the grant writing and submission. There will also be new basins and lift station considered. There is a place known as Basin 9 and it needs a 400 cfs turnout from the Cross Valley Canal. This involved a good deal of talk about real estate law and priority contracts and conveyance easements. There will be a report presented at the next board meeting to get this resolved.

The water bank is also a wildlife area and this puts development in the crosshairs of both the state and federal F&WS’s. There is a minor amendment to the habitat agreement that updates things that have transpired over the years. Increasing the size of some recharge ponds and the bike path fall into this. Livestock grazing continues with more cattle due to late rainfall. It also sounds like the KWB made a $1.2 million habitat mitigation sale with Caltrans. State Water Project folks visited the KCWA about keeping deliveries up in the CVC. They were also treated to lunch and a tour of the water bank. Parker said they were really impressed with the wildlife and habitat. I was too last time I was out there. Getting folks out there helps tell the story.

Parker next reported on the committees involving groundwater. The Kern Groundwater Authority looks like it got the KCWA to take up helping the white areas providing there is the proper indemnification. Director Bill Taube said he’d heard from DWR at the ACWA conference in Monterey earlier this week. He said the state is very aware of the Kern County Board of Supervisors pulling out of the SGMA. The next KGA is scheduled for May 22nd. There will also be a SGMA open house in Bakersfield soon.

That was about it. The meeting went into closed session a little after 10:30 am.

DISCLAIMER OF RESPONSIBILITY; Waterwrights strives to provide his clients with the most complete, up-to-date, and accurate information available. Nevertheless, Waterwrights does not serve as a guarantor of the accuracy or completeness of the information provided, and specifically disclaims any and all responsibility for information that is not accurate, up-to-date, or complete.  Waterwrights’ clients therefore rely on the accuracy, completeness and timeliness of information from Waterwrights entirely at their own risk. The opinions expressed in this report are those of the author and do not represent any advertisers or third parties. *Phillimore runs a tight meeting and I felt for him not getting to start on the dot. BTW – after attending quite a few meetings I do appreciate a tight meeting.