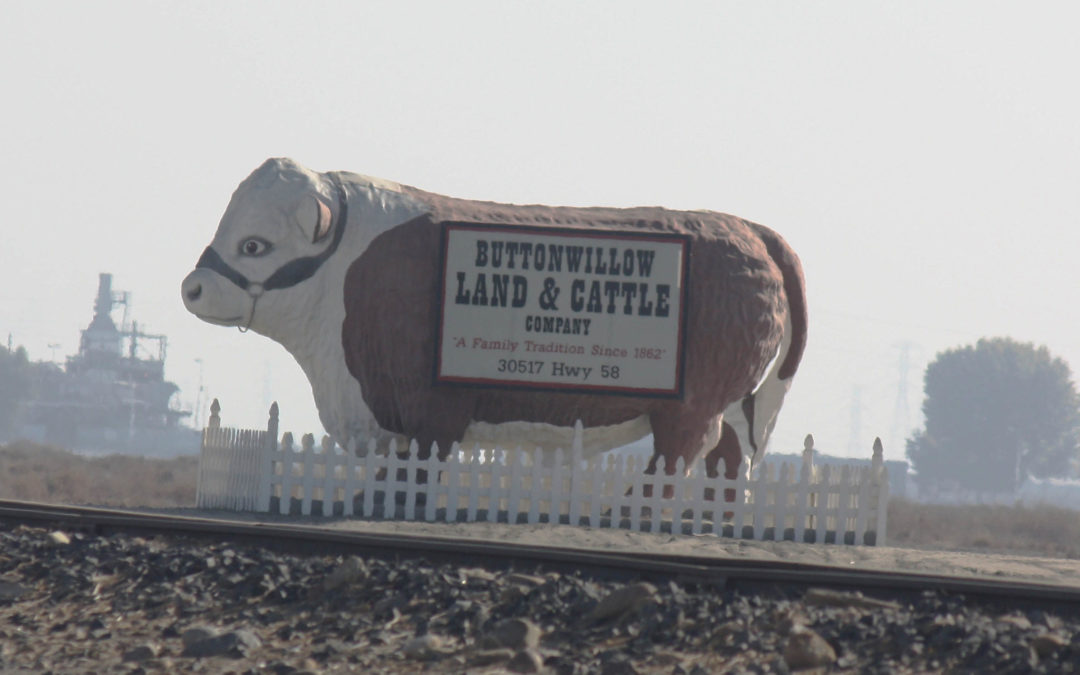 The Buena Vista Water Storage District held its board of directors meeting on Wednesday, July 17, 2019 at its Buttonwillow headquarters. Buttonwillow used to have a thriving rodeo. There is a giant fiberglass Hereford steer east of town and Miller & Lux had offices here at one time. There’s a story about how the land was purchased. Charles Miller bought it for $.25 an acre because the government had listed it as swamp land. For that price the new owner was obliged to survey the property by boat; which would work for the Buena Vista Lake but Miller was reported to have loaded a boat on the back of wagon and expand the parameters of his new holdings.

Some local growers brought in a dozen beautiful watermelons before the meeting and invited everyone to take one. Chairman John Vidovich called the meeting at 8:30am. Directors Larry Ritchie and Julien Parson were there but the other two gentlemen directors were out of the country it was reported. The minutes were passed and under public comments Lawrence O’Leary spoke about  Mottech Irrigation using Motorola in its system.

The consent calendar went well, no removals and the board passed it. The treasurer’s report was next and Controller Marybeth Brooks said what a lot of other financial folks at other districts have been saying, water sales were up and that brought in more revenue. Parsons gave a report about the audit and thing are going well in that realm. BVWSD needs a new wheel loader. Parsons was appointed the head of the committee to purchase a new one. Vidovich said the unions don’t want to represent employees at Buena Vista because there wasn’t enough of them. That triggered having to rewrite the employee manual. General Manager Tim Ashlock presented the board with a resolution for a flood canal acquisition; which it adopted..

Buena Vista, along with North Kern WSD are entering into a repayment contract for Lake Isabella Dam repairs. The board agreed. Andrew Bell gave the water supply update and it sounded to me like the district will get another 40,000 a/f.

Vidovich said the California Water Fix is still alive with one pipe. He called it an urban grab. But if you’re not at the table you’re on the menu. It will be expensive. Grower Rod Stiefvater spoke saying he understands the planning phase is $350 million and the Kern County Water Agency is asking if the districts want to buy in. He said there has already been a great lose on the twin tunnels – why get burned twice? More about this in closed session, which the meeting then went into.

Under the general direction of the Water Conservation Specialist, manage individual projects, tasks and/or assignments including subordinate staff, prepare and monitor project budgets, develop and coordinate various activities for the water conservation program, assist with the ongoing management of water quality programs, assist with the District’s ongoing modernization program, perform comprehensive hydrography functions and manage data management systems.  Shall also support non-engineering departments including operations, maintenance and others as necessary.

To apply for this opportunity, visit SLCC.net and submit the application via mail, email or fax.