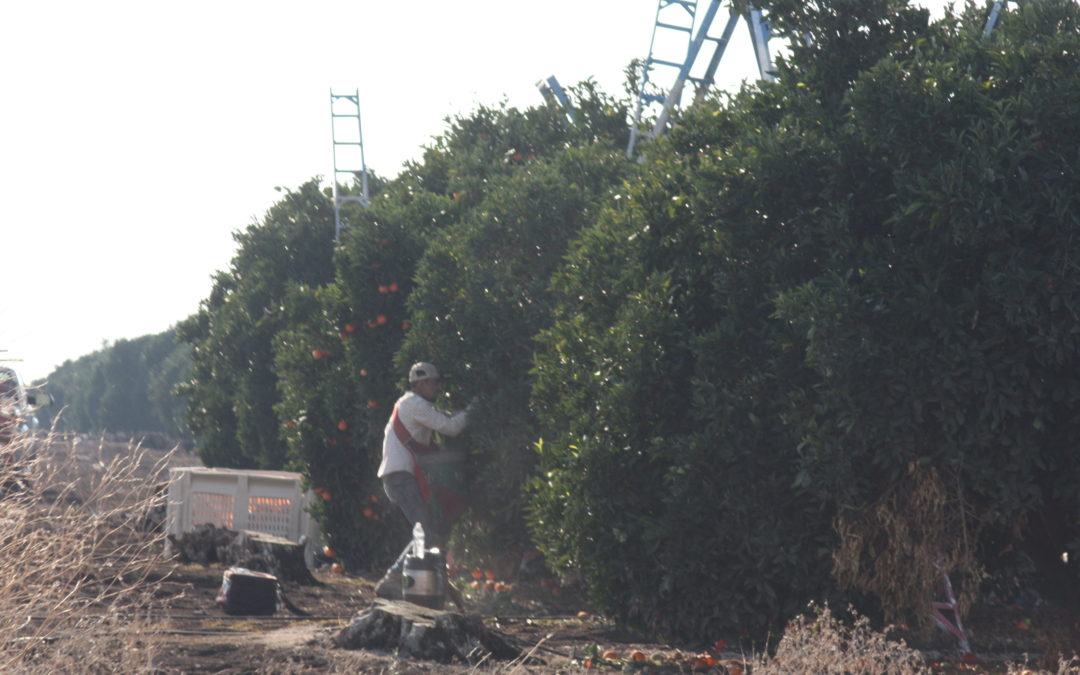 The Kaweah Delta Water Conservation District held its Tuesday, August 6, 2019 board of directors meeting at its Farmersville headquarters. It’s hot, it’s summer, it’s the San Joaquin Valley and the climate is changing, it always has and always will. No tears. Well Anita Wilson is retiring after 30-years and she’s about as sweet and helpful as anyone you’d ever want to meet. I’ll miss her and wish her a lot of great times in retirement. Kind of sounds like a year-book but Anita is young at heart so it fits.

Chairman Don Mills called the meeting to order at 9am and there was no public comments and the consent calendar was approved. KDWCD General Manager Mark Larsen said the CVP has increased its Friant allocation to 95 percent and engineer Dennis Keller said it look like a 100 percent is right around the corner. Water Master Victor Hernandez reported there is still a decent snowpack at this time of year. Larsen said the Arvin Edison WSD sent Kaweah Delta 10,000 a/f of transfer water and instead of opting to pay it back this year it’s better to recharge in the area.

Next Larsen spoke on the 2021 Friant Water Authority O&M Budget. There are still a few moving parts due to the subsidence correction costs on the Friant Kern Canal. This also ties in with the title transfer efforts. Keller has been involved with this matter. FWA asked him to review the deal and point out any potential problems. He said there are stressors at the member district level that don’t always show up at the regular FWA Board meetings. Keller also said facets of the Temperance Flat Dam project is moving at, “. . .warp turtle speed”. Director Chris Tantau is also Chairman of FWA and he said there wasn’t much else to report.

Senior Staff Engineer Larry Dotson reported the Outside Creek Basin #95 check structure modifications were ready and the board approved moving forward. There is also a drinking water fill station planned for the KDWCD equipment yard. This is one of about a half dozen or so fill stations being installed to help the communities with poor water quality and insufficient means to treat their own water supply. Larsen said there are complications developing because there are also plans to make Farmersville Boulevard a four lane road. They’re capable bunch and the final design looks like it will be win/win.

Keller reported on the Hannah Ranch South recharge project. He said while excavating they struck clay right off the bat and that sounded like that was a blessing. The material can be used for the fill ditch. There was some major vandalism to the equipment and that has been fixed. This also was a blessing in a way as the tractors could move faster with less equipment to drag. The excavator was a rental and while it was being repaired the crew found the scrappers were faster than the excavator and provided more control. That’s not to say the excavator won’t be needed at some future point.

Larsen reported the power plant at Terminus Dam is chugging away and potential contracts for 2020 are being narrowed down. He said Southern California Edison isn’t even interested in looking at a contract but Shell Oil is willing to look into an agreement. An intake gate needed to be rebuilt so the facilities. Unfortunately the same state administration that preaches climate change due to man’s malfeasance won’t consider hydropower as a renewable energy source. Yet, this state wants folks to take them seriously.

Eric Osterling GM Greater Kaweah GSA reported the GSPs released from other sub basins are rather “dense”. The North Kings GSA’s GSP is more almost 800 pages. He said the GKGSA isn’t quite ready to release it’s draft GSP yet. He said there is an opportunity to get involved in a $500,000 grant. He said the Mid Kaweah GSA has been acting as the fiscal conduit for

other grants and just sent them a $150,000 check. That will help because the first of what will be annual GSA/GSP reviews will be due this coming April and it hasn’t yet been funded. Osterling said he and Larsen spoke with the CV Salts contingent yesterday and since the GKGSA isn’t exactly a public entity there are some new dance steps required and they have yet to be choreographed. Mills said he was speaking with some folks about voluntary land retirement in the white area and paying out $300 per acre. (This retirement plan is being proposed as a pilot. Like most GSAs land retirement isn’t at the top of the mitigation list.) The folks were saying that wasn’t enough money to cover the bank loans. Keller pointed out the money would have to come from a 218 election and he’s written a hundred of them and he doesn’t believe this will float. The alternate is to let the State come in and tell the white lands grower you can pump a third of foot – go broke or reduce your crops by 75 percent. It’s prudent for the white lands growers to begin making realistic plans now.

These folks will meeting again on September 3rd and the meeting went into a closed session.