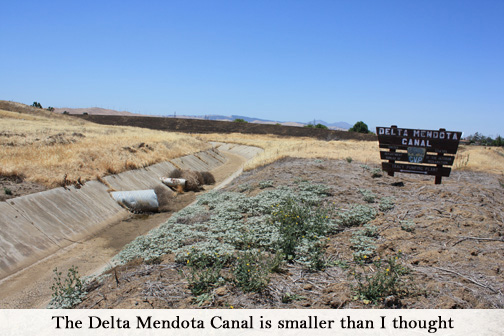 The San Luis Delta Mendota Water Authority held its Thursday, September 12, 2019 board meeting at its Los Banos headquarters. It’s harvest time so there were a lot of trucks on the road. The main road between Highway 99 and I-5 is State Route 152. SR 152 has cross traffic and we’ve got to be safe. Lots of miles means lots of stuff to watch out for. Not the most profound pronouncement I’ve ever come up with and it may be as much for me as anyone. Also, with the harvest there where the very rare open seats in the public section of today’s meeting. Chairman Cannon Michaels called the meeting to order at about 9:30am and we saluted the flag. We included the phrase, “under God” on purpose and then introduced ourselves to each other starting with SLDMWA Executive Director Federico Barajas.

Under public comments I invited all the good people of SLDM to the annual Water Concert on Saturday, September 28th. We’ll see if they show. The Consent Calendar, one of the best inventions ever, was passed. J. Scott Petersen said the Water Policy Director told the board about a request for $125,000 for the joint funding with the State Water Contractors on science research. The board agreed. Next Barajas informed the board the Finance & Administration Committee had some recommendations about vacation times, seniority benefits and other personnel matters. The board agreed. The board also authorized the fiscal year 2017 audited financial statements.

WaterWrights has some new readers who may not have wandered around the website and read the disclaimers. We don’t dwell deeply into financial matters for a couple of reasons. It’s not to obfuscate how the money is used but it is difficult to accurately convey the minutia and major portions of the reports. Try it yourself if you don’t believe me. Try and write in real time a description of an audit report. There’s a small rural community in Kern County named Lamont. I once had them owing the federal government $250 million which is absurd if you’ve ever been to Lamont. The financial actions are public record and in the minutes for all to see. Knock yourself out. With that in mind the board authorized an expenditure of up to $106,000 for the funding of the Westside-San Joaquin Integrated Regional Water Management agreement. SLDM’s Andrew Garcia told the board the funds will go towards a storm water resources plan.

Report items were next. Barajas said the Voluntary Agreements are not dead yet. Petersen did said with SB1 overshadowing the VAs things are up in the air. Biological goals for the Delta and legal policy workgroups are meeting; keeping the moment going. He said the Central Valley Project has been asked to donate $7 per a/f for research and that will take some legislation on the federal side to come through. At some point in the not too distant future after staff looks things over the State Water Resources Control Board will be asked to consider the VAs and depending on that agency’s determinations things could be implemented in early spring of 2020.

A noble effort is taking place. Much of the 40 million people in California live within 50-miles or less of the coast; 19 out of 20 Californians or about one out of 10 Americans fall into this category. Many Californians, if not most, don’t have a clear knowledge of how the state’s plumbing works and the Valley often suffers from this. The unintended consequences of legislation can hurt disadvantaged communities – which is a big deal in a society that prides itself on championing the

underdog or the victim or whichever segment needs championing. Well, the San Joaquin Valley is the underdog. The Natural Resource Defense Council hauled in $155 million in 2015. That was the latest figure I could find according to a quick Google check. According to UC Davis the average farm in California was worth $2 million in 2007; also the latest figure I could find with a quick Google check. According to figures from the US Census Bureau the average household income of someone living in the high density coastal area is about $71,000. The average income for the San Joaquin Valley is about $49,000. The cost of living varies quite a bit also but on average the coastal economy is taking most of the benefits from the 50 percent of California’s water utilized for human use. The other 50 percent of California’s water rightfully goes to the environment. With SGMA regulating groundwater usage and uncertain surface water regulations and allocations the Valley has to join together to stake its claim on water. That’s why the Valley Water Blueprint has been formed.

Consultant Austin Ewell spoke on the VWBp saying the eight counties in the San Joaquin Valley need to join together to look at what the people who live here would like the Valley to look at in the future. The Public Policy Institute produced a report that brought up issues and these issues are being looked at in greater detail. The socio-economic impacts of water are being looked at. Governor Gavin Newsom is charging his administration to put together a Water Resiliency Portfolio to help with planning. The VWBp is about as inclusive as can be; NGOs, DACs, enviros, cities and counties and others have been invited to the table. Why? Because they are part of the Valley community. It’s an historic effort taking place. Ewell asked for recommendations for Delta Stakeholders as well.

Petersen said congress is back in session with SLDMWA and Friant Water Authority taking a trip to Washington DC soon to discuss water matters and funding. The Energy & Water Development Bill is moving forward in the Senate and fully funds the Mid Pacific Region of the US Bureau of Reclamation but lacks funding for a Shasta Dam raise. There has been congressional opposition to California’s SB1. Newsom has until tomorrow make a decision on this troubled bill. He could veto, sign or make it a two-year bill that could save face for most of those involved. The state has asked the feds to help fund nutria eradication. Lobbyist Dennis Cardoza reported by phone the Sacramento Bee is reporting Newsom is leaning towards the two-year bill option. He reported State senators Anna Caballero and Melisa Hurtado, who both voted for SB1 and apparently now feeling the heat, have requested the bill be made two-year. Cardoza warned it could still derail the VAs when the state legislature comes back next year. He also said to keep an eye on AB 111 that will require agencies keep all email for two-years including spam. He said it’s a big cost and a backdoor way to get more freedom of information. He also said his firm’s IT folks received a trojan worm in an article about SB1 linked to Maven’s Notebook and warned everyone to cautious. NOTE: this is not an attack by Maven’s Notebook – please be very clear on this. Maven’s is an excellent source of water news in California.

Barajas next reported the San Luis Dam seismic repairs and possible dam raise project has moved far enough to enter into a NEPA with the USBR. A construction/engineering/consulting firm has been approached to help come up with some cost estimates. Valley Water (Santa Clara Valley WD) Director Gary Kremen reported a lawsuit to allow access to private land for feasibility studies of the Pacheco Dam will allow CEQA to move forward if I understood correctly. Not much else to report about above ground storage.

Westlands WD’s man Tom Boardman gave his report saying a wet spring coupled with a milder summer will most likely result in higher than average fall flows which will help meet the X2 line. There is more data available than ever before and there will be a meeting with the Bureau to discuss how allocations from the San Luis Reservoir can be handled better. The amount of water available did not correlate to the allocations and the timing was very late. With information like that provided from NASA’s Airborne Snow Observatory accurate allocations can be made much earlier in the season.

Barajas reported Chris White, GM of the Central California Irrigation District will replace Jim O’Banion as the SLDM director. Committee reports started with Tom Birmingham reporting he had nothing to discuss that wasn’t already covered. There was no O&M report either.

Mike Wade reported saying SB1 messaging has been furious with some concentration on downtown Sacramento where the capitol is located. He said it’s been helpful. There are several statements ready to go as soon as SB1’s fate has been decided. Director Bill Diedrich reported the Fall ACWA Conference is coming up and you have to get there early for committee meetings. California Secretary of Natural Resources

Wade Crowfoot will be the keynote speaker at the ACWA 6 and 7 meeting in October. Garcia said the SGMA GSP for Delta Mendota is very lengthy and he recommended bowing up now. It’s 2,000 pages long and shows how it’s coordinating with neighboring GSAs.

Under director reports Westlands GM Tom Birmingham nominated Curtis Creel, GM of Kern County Water Agency for the Golden Bucket Award. He also praised Petersen’s work on SB1. Michael said he went to see Beyond the Brink at UC Merced and it’s holding up well. He also praised Garcia for the amazing amount of SGMA work he has been able to complete.

SAN LUIS & DELTA-MENDOTA WATER AUTHORITY was established in January of 1992 and consists of approximately 2,100,000 acres of 29 federal and exchange water service contractors within the western San Joaquin Valley, San Benito and Santa Clara counties. The governing body of the Authority consists of a 19-member Board of Directors classified into five divisions with directors selected from within each division. The main conveyance is the Delta-Mendota Canal that delivers approximately 3,000,000-acre feet of water within the Authority service area. Of this amount, 2,500,000-acre feet are delivered to highly productive agricultural lands, 150,000 to 200,000-acre feet for municipal and industrial uses, and between 250,000 to 300,000 acre-feet are delivered to wildlife refuges for habitat enhancement and restoration. Chairman: Cannon Michael, Executive Director: Federico Barajas, Assistant Executive Director: Frances Mizuno, Attorney: Becca Ackroyd.