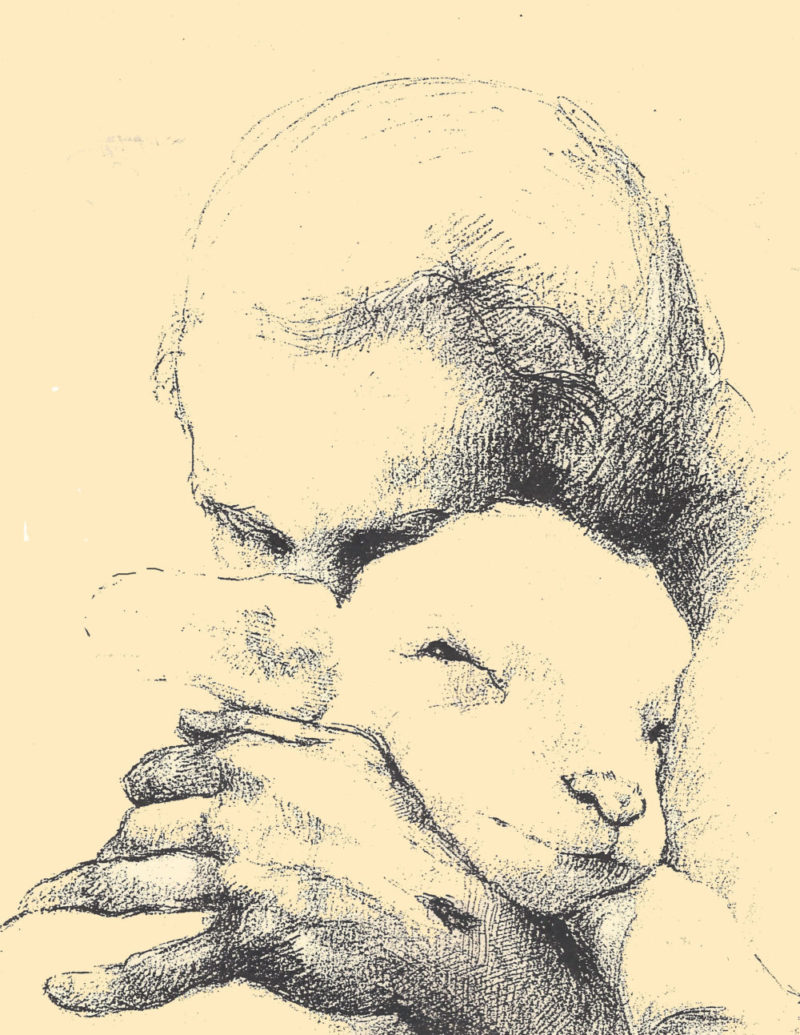 What is a life well lived? See two answers below. All of us at WaterWrights.net send our condolences, prayers and love to the Camp family.

A joint funeral service will be officiated by Pastor Jeff Chandler November 25, 2019, at 10 a.m. at First Presbyterian Church, 1705 17th Street in Bakersfield, CA for Donald Max Camp Sr., 94, and his wife Izetta Agnew Camp, 92, who died peacefully at home within days of each other surrounded by their family. Private interment will follow.

Don was one of two children born to cotton pioneer Wofford Benjamin Camp Sr. (W.B.) and Georgia Anna App Camp while his parents were living on the United States Department of Agriculture’s Shafter Cotton Research Experiment Station. The family moved often while his father worked for the USDA. When they returned to Kern County his parents enlisted the help of Dust Bowl migrants to construct a home using well-insulated box cars east of Shafter. There as a young boy he learned how to drive a tractor.

Don attended Kern County Union High School where he was on the track team. He attended Clemson College, then an all-male military school in South Carolina before deciding to enlist. He needed his parent’s signature to enter the Army Air Corps. He was a fighter pilot during World War II running training flights between New York, Florida and Texas. After the war, he returned to college and graduated summa cum laude in three years with a degree in Animal Husbandry. His ambition was to become a cattleman. He helped run livestock in the Kern River Valley but soon found out he could better support the “cowboy habit” through cotton and potato farming.

While traveling back and forth between Kern County and South Carolina where his family operated Buckfield Plantation in Yemassee, SC, he accepted an invitation from Izetta Agnew to attend a dance with her at Winthrop College. Her father, a Clemson classmate of Don’s father, insisted she write a letter inviting him as he likely didn’t know many people in the region. He courted her for several years. After a six-week engagement, the couple wed in 1952 and their union was blessed with five children.

Compassionate and caring, Don often helped Dust Bowl families who arrived with optimism but little else. He empathized with them, having moved around so much as a child. There was always a steady stream of stranded motorists seeking help at the back door of their ranch house near the highway. Don invited every person in, including a jail escapee.

Long after the war, his love for flying never diminished. He flew his own plane, enjoyed fly fishing and bird hunting, and after their children were raised, Don and Izetta traveled the world together.

Quiet, unassuming and a man of humility, Don was a large presence in the agriculture industry and his contributions were innumerable. He championed the family farming operations founded by his father by leading them into the 21st century while embracing industry changes with innovative practices and pioneering crop management. Along with his sons, D.M. Camp & Sons, under Don’s leadership sought to be a leader in state and national agricultural issues while advocating for local, state, and federal water projects and in supporting farmers here in the Central Valley.

In 2004 Don, patriarch of the longtime farming family was honored by the California chapter of the American Society of Farm Managers and Rural Appraisers as their Distinguished Agriculturalist of the Year. “There are a lot of people who do what I do. We’ve run our farming operation with some awfully good people over the years,” he told The Bakersfield Californian, underscoring his modest manner. His values and ethics made him widely admired.

Outside of work, with a servant’s heart, Don gave of his time and resources to Mercy Hospital, Bakersfield Christian High School, Calcot, Cotton Incorporated, the American Cancer Society and First Presbyterian Church.  He was a member of Stockdale Country Club, the Bakersfield Rotary Club and served on the boards of Kern View Foundation, the Boys Scouts, Camp Fire Girls, the Quest Club and on the committees of the California Cotton Study and Cal Poly School of Agriculture. For 31 years Don served as president of the Cawelo Water District as well as California Planting Cotton Seed Distributors.  A man of the soil, he often said: “I just like to farm.”

Although accomplished in many ways, Don never sought accolades. “Work hard and be good at what you do, but don’t have a big ego and put yourself first above everything,” he said.

Don and Izetta truly enjoyed each other’s company.  By each other’s side in life for 67 years of marriage, now they are together again for eternity, after just a few days apart. Their reputation and integrity meant everything to them and together they instilled that in their family.

Don was preceded in death by his parents and brother Wofford Benjamin Camp Jr. He is survived by his sister-in-law Floride Findley, children Georgia Bell, Don Jr. and his wife Debbie, Edwin and his wife Kaye, Clayton and his wife Karrie and Carolyn Pandol and her husband Jack. Survived by 13 grandchildren, 13 great-grandchildren, and a 14th on the way. Special thanks to Juana Mendoza, Maria Leal, Maria Vasquez, Aida Mendoza,  and Ira Ali for their care.

A joint funeral service will be officiated by Pastor Jeff Chandler November 25, 2019, at 10 a.m. at First Presbyterian Church, 1705 17th Street in Bakersfield, CA for Izetta Agnew Camp, 92, and her husband Donald Max Camp Sr., 94, who died peacefully at home within days of each other surrounded by their family. Private interment will follow.

Izetta was the fourth of five children born to Edwin Hugh Agnew and his wife Izetta Pruitt Agnew in Starr, South Carolina where he was a distinguished farmer. Together with her brothers Pruitt and Harry, and sisters Betty and Floride, she grew up on the family farm. She attended Furman University, known then as Greenville Woman’s College, before graduating from Winthrop College.

While at Winthrop, and at the insistence of her father who was a Clemson classmate of W.B. Camp Sr., she invited Camp’s son Don to a dance on one of his business trips from

Kern County to Yemassee, SC where his family maintained Buckfield Plantation, as he didn’t know many people in the area.

He accepted and courted Izetta for several years. After college, she taught classroom music. During their courtship, she never knew when he would return to visit, but she would drop everything nonetheless to spend time with her beau, exchanging tender love letters which they kept.

After a six-week engagement, the couple wed in 1952. Their union was blessed with five children. Izetta often joked that she doubted Don would have married a South Carolinian had it not been for all the oyster beds and great swamp fishing there. They moved to California which she had never visited, and she never lost her sweet southern drawl.

By Don’s account, his bride wasn’t much of a cook at the beginning of their marriage, but over time she became quite accomplished in the kitchen feeding her large family. She and Don organized a food and wine group with friends and enjoyed traveling once everyone had left the nest. She and her husband were lifelong members of First Presbyterian Church and they enjoyed their years of membership at Stockdale Country Club. Izetta had an innate ability to make a stranger feel like her best friend. Generous with her heart, she was quick to offer her help whenever she saw or heard of someone or family in need on the farm. She kept an immaculate home, was always impeccably dressed, and was the epitome of southern charm and grace.

Izetta used her green thumb to cultivate her garden, which still includes her blooming “Izetta’s Bright Starr” rose. It was a gift from her family and her yard was the envy of her neighborhood. Her grandmother raised peafowl in South Carolina and she did so as well. The original peacocks at Hart Park were donated by Izetta. Believing in the importance of giving back to the agriculture industry and the community where she flourished, she delighted in helping others, whether it was Assistance League, the Bakersfield Museum of Art, P.E.O., Daughters of the American Revolution, Town & Country Garden Club, Mercy Hospital Auxiliary Board or her church. In 2015 she was given the California Agricultural Leadership Foundation’s Common Threads award which honors women in agriculture.

Married 67 years, Izetta and Don’s devotion to one another and their family grew sweeter as the years went by. They truly loved being together, side by side in life, and now together in death.

Izetta was preceded in death by her parents, sister Betty, and brothers. Those left to cherish her memory are her sister Floride Findley, her children Georgia Bell, Don Jr. and his wife Debbie, Edwin and his wife Kaye, Clayton and his wife Karrie and Carolyn Pandol and her husband Jack. She is also survived by 13 grandchildren, 13 great-grandchildren, and a 14th on the way.