Some Facts Not Reported About the Westlands Contract December 2, 2019 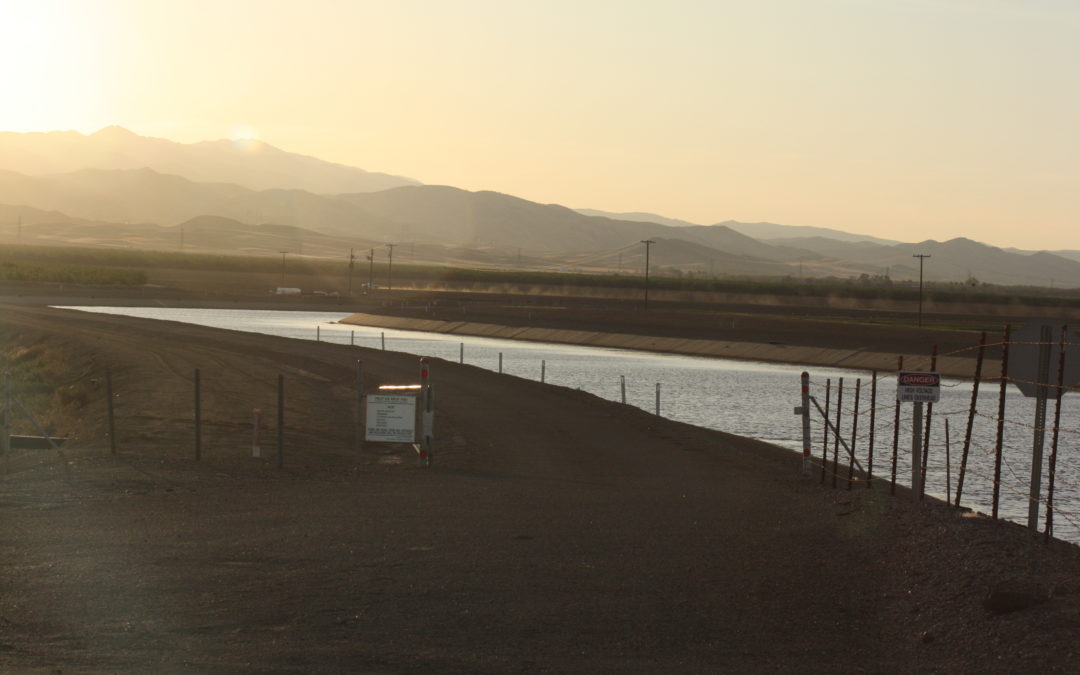 Something has been bothering me and I’m going to share it with you. First; understand I have no relation to Westlands Water District. I own no land or business interests in WWD and I don’t have any business arrangements with WWD. I do have clients, friends and acquaintances who live and or farm there. I subscribe to four clipping services that provide water news for California: Maven’s Notebook, California Farm Water Coalition, Department of Water Resources’ California Water News and Brown & Caldwell’s BC Waternews. While I don’t claim to have read every story published on the following topic I believe those four sources are about as good a representation as possible. There has been a plethora of stories recently about Westland’s getting a new water contract.

A common public misconception and evidently a very common misconception for most journalists is that the government built water infrastructure such as dams, canals and pumping plants are a gift from the taxpayer. Not true. The Central Valley Project wasn’t free to farmers. The water and irrigation districts and the communities entered into contracts with the United States Bureau of Reclamation to receive water. The agreement requires these contracting entities to pay for the water, maintenance of the facilities and the cost of constructing the project also known as capital costs. In other words the users of the water paid for the design, construction and operation of the CVP.

Here’s some background on the new Westlands contract. The Water Infrastructure & Improvement Act – the WIIN Act co-authored by Senator Diane Feinstein was passed in 2016 and signed into law by Barack Obama; not President Donald Trump so the political theater should be discounted upfront. The WIIN Act passage took place during the drought years from 2014-2016. The WIIN Act includes Section 4011. Let me interject here; I’ve not read the entire WIIN Act, the Congressional Research Services’ primer (R44986 · VERSION 7 · UPDATED, in case you were wondering https://fas.org/sgp/crs/misc/R44986.pdf) is a dense 33 pages and it is my source for WIIN Act information.

I quote the CRS document regarding Section 4011, “Since the passage of the Reclamation Act of 1902, reclamation law has been based on the concept of project repayment—reimbursement of federal construction costs—by project water and power users. Agreements between the federal government (through Reclamation) and water users for delivering water generally are governed by one of two contract types: water service contracts or repayment contracts.” The WIIN Act allows for a conversion of a water service contract to a repayment contract.

So Westlands, instead of a water service contract wants to convert to a repayment contract. It would pay off its fixed obligations for capital repayment in either a lump sum or structured payments to the US Treasury. The new contract will allow Westlands to pay off what it owes whether or not the water is delivered. It doesn’t give Westlands any more water.

Why would Westlands choose to enter into a new contract that doesn’t include more supplies and forces it to make payments whether or not it gets water that year? A statement by WWD’s General Manager Tom Birmingham sheds some light, “The Westlands contract conversion will accelerate payment of approximately $320 million to the federal government years before payment is due. This money, pursuant to the WIIN Act, will be placed in the Reclamation Water Storage Account to be used for the construction of water storage and supply projects that can benefit all Central Valley Project purposes.” That could be construed to mean pay now receive benefits sooner.

The articles invariably mention that David Bernhardt Secretary of the Interior, which oversees the US Bureau of Reclamation at one time worked for a law firm that once lobbied for Westlands. There is no mention of this being illegal, the rules being flouted or any example of special treatment. There is no explanation of how the contract is structured or any history or context to water contracts with the Central Valley Project.

But it is implied that somehow this new contract – the same contract offered to other CVP contractors – is an unseemly exercise in crony connections. There is one self-proclaimed “anti-capitalist”* publication from, you guessed it, the Bay Area that actually printed a quote from an environmentalist saying Westlands, “. . . has already succeeded in having David Bernhardt, their former lobbyist, appointed to be the Secretary of the Interior.” I’ve heard Westlands called powerful before but I had no idea they dictated who sits in the President’s cabinet.

According to the reports environmental interests claim this contract will kill off all manner of wildlife in the Delta and beyond. I’ve not seen any scenarios cited of how this will happen, just an announcement it will. The San Jose Mercury News and the Las Vegas Sun newspapers both ran editorials urging readers to submit negative comments to the Bureau regarding the Westlands contract. To my knowledge the Mercury News has never supported any water related item that didn’t benefit itself. The Sun is worried the contracts will give Westlands more supplies which Metropolitan Water District in Los Angeles will in turn take a like amount from the Colorado River. Presumably leaving less water for fountains to squirt hundreds of feet into the stifling desert air in front of casinos.

One of the most often quoted environmental organizations is the Natural Resources Defense Council. NRDC senior attorney Doug Obegi was quoted by the Associated Press as saying the Department of Interior, “. . . is trying to give Westlands a sweetheart deal.” Almost always backing the NRDC quotes are quotes by Congressman Jared Huffman who chairs the powerful Natural Resources Subcommittee on Water, Oceans and Wildlife, with jurisdiction over federal water projects, fisheries management, coastal zone and oceans policy, and wildlife and endangered species. The same AP story gave this quote. “The Interior Department needs to look out for the public interest, and not just serve the financial interests of their former lobbying clients,” said Rep. Jared Huffman, a Democrat from California.” His chairing the committee wasn’t mentioned. Also left out is the fact that before Huffman was a congressman he was also a senior attorney for NRDC.

Other things are not mentioned; such as Huffman was involved in the NRDC’s long history of suing folks – like the 20 plus year legal fight to restore salmon on the San Joaquin River to Friant Dam. This lawsuit prompted the San Joaquin River Settlement Act, also co-authored by Feinstein with input from the NRDC. This act directed the Secretary of Interior to convert water service contracts to repayment contracts and the revenue generated would go to the San Joaquin River settlement costs. According to the Bureau as of 2019 75 Friant Division CVP contractors have converted their contracts. It isn’t mentioned in the news articles the NRDC was onboard with the exact same contract conversion as Westlands is requesting when the tax money repayment is used for the goals of its lawsuits but not for any other purpose.

Also not mentioned is the relative size of the NRDC and Westlands. Charity Navigator lists NRDC’s 2018 net assets at more than $359 million. Westlands WD’s 2018 audit shows its net at $269 million . I’ve heard Westlands’ growers referred to as greedy, corporate agriculture. No case is made either way for or against the growers, just a tag applied. Again no mention that the NRDC has 90 million more bucks laying around than Westlands. Can you say greedy, corporate environmentalist?

Also not mentioned, the westside of the San Joaquin Valley is big part of the Pacific Flyway for migratory waterfowl that depends on CVP water for its wetlands. Also not mentioned are the disadvantaged communities that depend on CVP water for their livelihoods. I have yet to read a single quote from a farmworker, or a farmer for that matter; folks who will be the most impacted by changes to water contracts.

And that’s what bothers me the most. The people with the greatest amount at stake are lumped into a ball known as Westlands.

So let’s review. A change in several water contracts is pending. A government official with a past link to one of the contractors oversees the parent agency of the agency negotiating the contracts. An environmental group or groups accuse foul play based on the past link. Press releases and phone calls go out. A plethora of stories are published as a result. It is still relevant to ask were both sides of the story told? Were the stories balanced? Did they present any analysis of how the contracts would bring harm? Was context given about the contracts? Was there any mention of the environmental groups’ ties to government officials? Where the accusations investigated, verified, substantiated or just repeated? What does this mean about the quality of reporting?

It’s possible to make mistakes when reporting stories. I’m certainly a good example of that and wide open to criticism – and I do expect to get some for writing this. However, my opinion is; it’s a sin to paint a picture of everyone in Westlands as evil based on omitting one side of the story. That’s propaganda, not news. If you’ve ever thought about using the comment section here’s a good opportunity. Let me know what you think.

DISCLAIMER OF RESPONSIBILITY; WaterWrights strives to provide its clients with the most complete, up-to-date, and accurate information available. Nevertheless, Waterwrights does not serve as a guarantor of the accuracy or completeness of the information provided, and specifically disclaims any and all responsibility for information that is not accurate, up-to-date, or complete.  Waterwrights’ clients therefore rely on the accuracy, completeness and timeliness of information from Waterwrights entirely at their own risk. The opinions expressed in this report are those of the author and do not represent any advertisers or third parties. *Indybay.org I always wonder how the anti-capitalists justify raising money to pay their bills and if they get upset if someone owes them money.

ALL RIGHTS RESERVED.  Copyright 2019 by Don A. Wright/www.WaterWrights.net