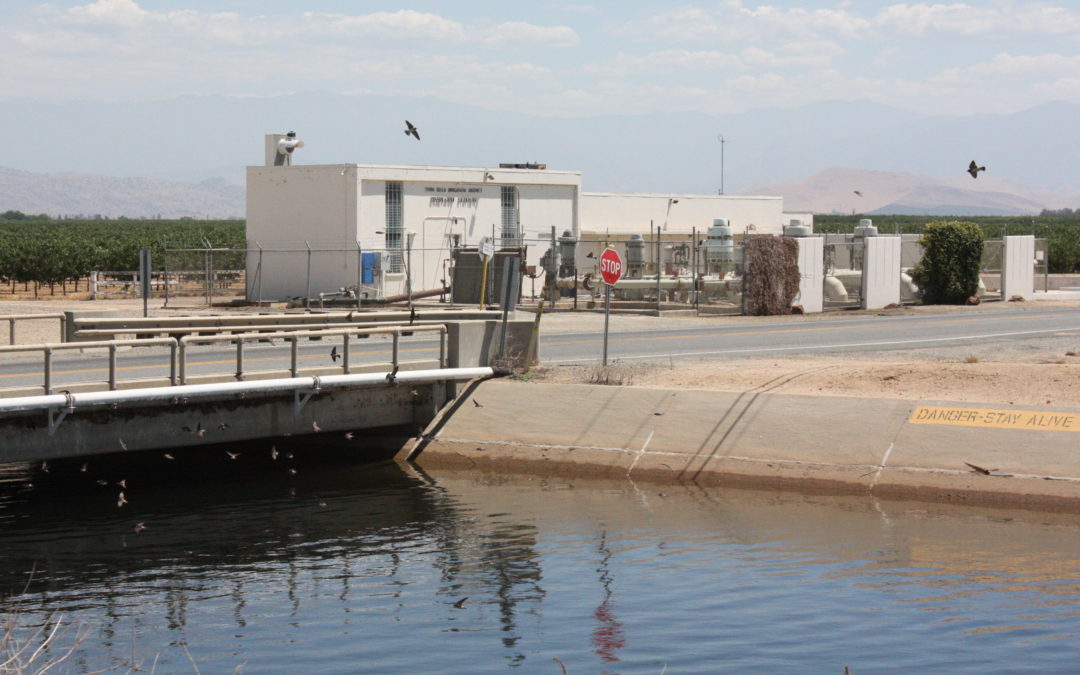 The Friant Water Authority district managers met at the Visalia Convention Center’s Kings Canyon Room on Monday, December 9, 2019. I got there early because I thought the Temperance Flat Group meeting was at 8:00am but it wasn’t. It didn’t happen at all. I’m telling you; you can’t trust those online calendars. Even the WaterWrights calendar was wrong about it. You do have to call ahead often. Especially this time of year. There was ACWA and of course Christmas and schedules shift and morph. As you know Friant has splintered many times throughout the years. This time some of the contractors broke off to form the South Valley Water Association. Friant has invited those districts to attend meetings that impact everyone along the canal. There were half a dozen SVWA managers in attendance today keeping an eye on what’s happening.

A little after 10:00 am FWA COO Doug DeFlitch started things off by having staff give a report the Friant Division facilities. This is the time of year for maintenance and updates. Gates, waste-ways and other items are being fixed and cleaned. Superintendent Chris Hickernell reported there might be a good deal of debris floating downstream from cleaning when the water picks up. Delano Earlimart Irrigation District General Manager Eric Quinley thanked Friant staff in working well with others.

US Bureau of Reclamation’s Rufino Gonzalez gave his report saying the recent rains and snow have put us ahead of average for storage this time of year. There is a great deal of technical information covered at the managers’ meetings. Inputs from utility company storage, overall CVP and Delta impacts, the San Joaquin River Restoration and the intricate dance of the districts’ scheduled water needs and the Bureau’s belief and ability to meet these requests. I’ve never fully understood the granular minutia the managers deal with. After this meeting I still don’t fully understand it but in greater detail. Gonzalez said this fall has been as usual and quiet as it will probably get. Arvin Edison WSD’s Steve Collup observed the Class II supplies look to be 80 percent on track. There was no argument to that.

Someone by phone gave a report on CVP forecasts covering Fall X2, Cooperative Operating Agreement debt and pumping. For the past few years there hasn’t been much of a problem with smelt and this year is the same. Low point was late this year but with the increased Delta inflow from the storms things are looking up. More water and less demand are helping get storage in San Luis Reservoir up, but still it is projected SLR won’t fill without a wet year. The new biological opinions are still settling in and some analysis shows reasons for optimism. Steve Ottomoeller joined by phone saying there isn’t any indication there will be a call on Friant water this year. He’s been watching the SJR Restoration program and said the guidelines version 2.1 were sent out last month for comment. There hasn’t been much response and he made himself available to answer questions.

DeFlitch started talking about the Friant Kern Canal and its issues. He started with the pump-back project. There are plans to allow the southern portion of the FKC to reverse flow and send water north. And this will be impacted by the subsidence causing the kink in the canal. There are existing funds; $3.3 million from the Bureau and $4 million from the state. There are strings attached to this money. Tulare ID GM Aaron Fukuda urged caution about the government giving with one hand and taking with the other. There are lots of moving parts on this plan and three major locations for construction. DeFlitch said he’d work up some cost analysis for next month’s meeting.

The FKC repairs are technically referred to as capacity corrections. DeFlitch said the feasibility study is a federal document to a federal agency and the Bureau will certainly weigh in. Quinley said there is a good deal of follow up that needs to happen with the “bondage” issue. I wasn’t aware of anyone but myself snickering at this phrase. DeFlitch said there is a staff recommendation at the upcoming FWA meeting for the home boards to review. Fergus Morrissey, GM Orange Cove ID

asked about the costs of repairing the canal to design capacity and a lesser amount of conveyance. Quinley strongly suggested getting this issues ironed out in plenty of time to meet a 2020 contract. Johnny Amaral of Friant said he believes by the next meeting there will be so much more information to base a decisions from. DeFlitch said it hasn’t been decided yet if this will be a big fix or a small fix but for now the maximized design reaches original design capacity. If this design is downsized the benefit/cost ratio will be different and that will of course impact funding. Collup said the B/C ratio should not be based on the day the ribbon is cut but a decade from then after the area has subsided another three feet. Sean Geivet, GM Terra Bella, Porterville and Saucelito IDs said the question about funding and size has been the question and it hasn’t been answered. His point was until it is decided how much of the fix is coming from Friant contractors. Quinley suggested forming an ad hoc committee to go over this. He said his board thinks he works for a company named Ad Hoc.

There was some question about the figure of up to $50 million from Friant contractors. I heard $75 million maximum. Geivet asked what will be done if there is only Friant paying for it. The estimated cost to fix the canal back to design capacity is $400 million. Even if the NRDC liquidated its reported assets it wouldn’t raise $400 million. Funding is further along than this report is properly conveying. FWA President Chris Tantau suggested staff and managers get some choices together for the directors to evaluate. He said he’d be willing to invite the board to Christmas Party and lay this one them.

Title transfer of the FKC and the Madera Canal is still being looked at. Tantau said the subject wasn’t as popular at the recent Friant off-site retreat and the plan is to get some analysis together by February for the board to review.

Staff reported the SCADA implementation along the FKC is getting the bugs worked out. There is a continuing study on the telemetry along the system. Someone said the material housing the Orange Cove equipment is also a nuclear attack bunker and the signals can’t get through the walls. This is being dealt and the system should be up and running smoothly by February.

That kind of lead into the last question posed by DeFlitch about how to improve these meetings. It was suggested the meetings begin at 9:00 am instead of 10:00 am provided that they don’t turn into a 9:00 to 12:00 meeting from a 10:00 to 12:00 meeting. On other less vital issues there were questions about the conveyance fee for 215 Water to non-long term contractors. If I understand this it has to be at least as much as Class I M&I conveyance rates. That was considered cheap to the long-term contractors who paid for the canal in the first place and will probably revisited in the not too distant future. There is also an issue with San Luis Delta Mendota Water Authority getting its refunds back to Friant. DeFlitch said SLDM likes to send out both the water and power refunds together but it takes two-years to audit out the power side. There were other considerations mentioned and DeFlitch left the door open to further suggestions to provide guidance of Friant. With that the meeting adjourned.

DISCLAIMER OF RESPONSIBILITY; Waterwrights strives to provide it’s clients with the most complete, up-to-date, and

Central Valley Water Project. Water from the San Joaquin River is diverted at Friant Dam at Millerton Lake to the Madera/Chowchilla Canal to the north and the Friant/Kern Canal to the south. More than one million acres of mostly family farms and numerous communities get their surface supplies from the Friant Division. Staff: CEO Jason Phillips, COO Doug DeFlitch, CFO Don Willard, Superintendent Chris Hickernell and Attorney Don Davis.