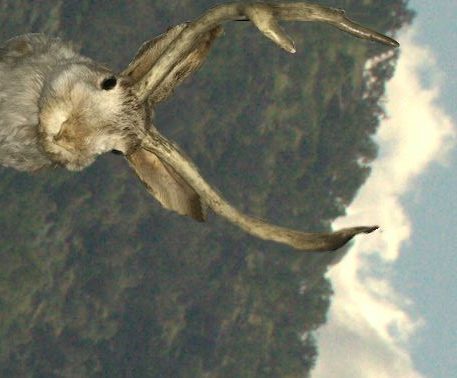 The Friant Water Authority board of directors met at the World Ag Expo facility in Tulare on Friday, December 13, 2019. The meeting begins in closed session at 9:00 am and open session begins at 10:00 am, but for some reason they didn’t get back into open session until 10:45 and it so happened I was about 15 minutes late. So praise the Lord. The meeting began with President Chris Tantau kicking things off by asking Director Cliff Loeffler the to start us in prayer. He prayed for wisdom, gave thanks for the rain and asked mercy for the Camp family who recently lost parents and at the opposite end of that spectrum I’m very sad to report Steve and Athena Collup lost their son. Certainly we need to keep them in our prayers during this Christmas season.

Under public comments Geoff Vandenheuvel thanked the board for holding its gave the board recent retreat in open session allowing him to learn a great deal about Friant he never knew before. The consent calendar was passed. FWA Executive Director Jason Phillips straightened everyone out about the 2020 meeting schedule and why there needs to be changes due to things like the Mid Pacific Conference coming up. Next month’s Friant meeting will be at the Visalia Convention Center.

Friant CFO Don Willard told the board it’s time for the first quarter 2020 call for funds and the board did the honorable thing and voted to pay up. The other action items dealt with the Friant Kern Canal title and repairs. Agreements on land acquisition and right of way were arrived at. The big one was Agenda Item 13 E. Phillips and Tantau told the board there is some money in the San Joaquin River Settlement Part III for Friant Division Improvements. I believe the amount is about $27 million and the idea is to move part of that money that could be used by member districts for other projects. Phillips and Tantau were looking for a consensus that this money can be used for about $20 million in repairs. Somehow in a manner I didn’t fully (or even partially) understand this became viable when $7 million of this fund had the association with Pixley ID and after tweaking the motion, it passed. The firm of Bender Rosenthal was chosen for the for the right of way. This includes a Phase I Environmental Assessment for another $80,000. The board agreed.

Phillips gave his recap of the board retreat and said there was very good input on the retreat format and he expects another one in November. The Water Blueprint was discussed. There is a massive water deficit in the Valley and that isn’t as well known as it should be. SGMA can force a million acres out of production. The Blueprint is up and running on its own. Without strong leadership the various GSAs will go forward with their own projects but most likely not coordinated well. At the retreat the board said Friant can and should be a big help in getting coordination and financing. The first priority is the FKC and next getting as much recharge out of the San Joaquin River as possible. Outreach to the severity of this problem needs to be addressed. Director Tom Barcellos wanted to reiterate the need for everyone to work together and not just kill off projects that do not directly benefit the Friant area.

Next Phillips held the room hostage threatening to give a detailed report on what bond counsel said about funding. Fortunately he was only kidding and gave a good review of the schedule of repairs. The goal is to start construction on the FKC fix before the end of next year. Governance was discussed at the retreat. Phillips said the manner in which the meetings are conducted including audio/visual and other matters. I couldn’t tell if he was being facetious or not but he thanked Madera ID for those suggestions. The topic of O&M membership for non-FWA members was discussed. Right now there are seats provided at the table for all Friant contractor directors of districts not FWA members. An ad hoc committee will be formed to come up with some ways to make things better for everyone.

Title transfer of the FKC from the US Bureau of Reclamation to FWA was also a big topic of discussion at the retreat. Phillips says the time to grab it while you can is now. It’s the best way to get the much needed recharge water. Federal operational guidelines put regulations on canal capacity that wouldn’t be there if FWA owned the FKC. Additional funding would be available if the Bureau didn’t own the canal. Phillips added he thought Pismo Beach was a great location. Tantau said The Cliffs Hotel welcomed Friant back provided there was a curfew for the managers.

Friant COO Doug DeFlitch gave the FKC Capacity Correction Project (that’s the official name for fixing the subsidence kink in the canal) technical update. Stantec Engineering has presented the design to the USBR. Attorney Don Davis spoke about the financing portion of the project. He moved the podium slightly so no one could sneak up behind him while he talked about the self-funding estimates. There were three scenarios presented with pay back totals that would keep you and I’s families in luxury for three generations at least. The folks who use the FKC will have to pay a part of the canal fix. That didn’t come as any surprise; the question of how much and who will pay is. . . well, the question. A survey is attached to this to get ideas of what is palatable. There are districts that don’t believe they should have to pay to fix the canal. They are all upstream of the kink.

The Central Valley Project Improvement Act was passed in the 1990s. There were all kinds of directives within the law to improve habitat. Friant was hit hard by loss of water and additional costs. The SJR Restoration Settlement complicated this

even more. The CVPIA didn’t have any spending caps and so far the Bureau has spent more than $2 billion of the CVPIA provided funds. Half of this money is comes from the Friant contractor clients’ pockets from surcharges. Getting an accurate true-up, an accurate accounting has been a challenge. Phillies said Friant should have some money coming back. The Bureau has also taken money from Friant and given it to others. The Bureau has a policy of how this is justified and has been hosting workshops like the one in Los Banos yesterday. Other meetings have been held in Maxwell and Sacramento; why not in the Friant area since it is the most impacted? Michael Jackson from the Fresno USBR office said that is a good idea and an early to mid-January workshop in Fresno has been proposed. Phillips said if Friant owes the Bureau it will receive a bill. If the Bureau owes Friant there won’t be automatically be a check in the mail. Friant’s Jeff Payne said a workshop for Friant members could be scheduled before the Bureau workshop so everyone can be on the same page. There is a good deal of folks around the Friant table who weren’t around when the original legal hammer dropped.

Johnny Amaral gave the external affairs report. He said state Senator Melisa Hurtado is still interested in a bill to help fund FKC repairs. Congressman TJ Cox has a bill that could benefit the Friant area and FWA is involved in helping that. Amaral

said this is interesting as Congressman Jared Huffman isn’t opposing it. The Friant Waterline is back but electric. Aurelia Skipwith has been appointed as the new federal Fish & Wildlife Department chief. Director Kole Upton said he has reason to believe the Bureau is find with taking water for recharge outside of the district to white areas. Upton said the last annex his district completed took years to complete. The state doesn’t want any water going past its district boundaries. The elected officials in Sacramento displaying the statesmen like foresight of Lincoln after the theater event don’t consider recharge as a beneficial use for water in California.

Phillips said the Blueprint has collected more than $300,000 so far. The first priority is to complete the socio-economic report by Dr. David Sunding as to what the impact of SGMA will be to the Valley. The report will take into account more than just farming loses and include the ripple impact. It is hoped this will help show why far more than ag needs water from the Delta and how to best apply those supplies. Governor Gavin Newsom is about to release the Water Resilience Portfolio. Phillips said former Ag Secretary Bill Lyons has been a champion within the administration. That’s hopeful. There is a talk about a water bond and Friant wants to be ready for that dance again but with a different outcome than last time. Phillips said he wants the Blueprint to deal with investors in water infrastructure. He expects there will be interest from both investors and those wanting to protect their investments.