The Kern Groundwater Authority Groundwater Sustainability Agency held its board of directors meeting on Wednesday, December 18, 2019 in Bakersfield. You regular readers know I drive a lot and in fact I’m working on a sort of tour guide for Highway 99 from Fresno to Bakersfield to be published after I find some free time. Just a little bit south of Lerdo Highway, along about where the North Kern Water District headquarters are there must be an onion dehydrator. There’s a beautiful aroma wafting across the freeway that reminds me of dry rub on a good steak before barbequing. There are plenty of other odors along 99 and we may get around to commenting on them someday in the tour guide; but for today’s trip there wasn’t any onion smells – it smelled like, and I’m not making this up – hand sanitizer.  The alcohol jelly kind to be clear.

It is said by those in the know the olfactory sense is the one most associated with memory and I can buy that. I recall my father’s aftershave when I was a boy and the different scents of my horses Valentine and Snoose. So, despite jokes about smelling burnt feathers and toast when having a stroke the sense of smell runs deeper than we are usually aware of. Is it possible the hand sanitizer was an aromatic omen for further handwashing in the Kern Sub Basin of GSAs? After all a majority of the Kern County Supervisors did just that to the process not so long ago when they opted out of taking part in the white area GSAs. Other bumps in the road include discrepancies in total overdraft amounts and most recently disagreements on the sub basin-wide coordination agreement. Buena Vista Water Storage District has some reservations about signing on to a five-year coordination agreement and proposes a one-year term instead. The ramp down periods for pumping limits was part of the stew. How will it all work out? I guess we’ll find out soon enough.

The meeting was held at the law firm of Klein, DeNatale & Goldner’s undersized conference room. It’s one of those deals where you got to get there early to get a seat and electrical plug should you use a laptop to take notes on. Chairman Jason Selvidge, Rosedale Rio Bravo WSD called the meeting to order about 8:00 am, which was before I got there so I stood in the back unable to use my laptop as I had no lap. So, this report is a mixture of memory and hand scrawled notes. The usual housekeeping items were passed such as minutes and financials. The board had staff send a letter to the Tule River Sub Basin regarding subsidence. KGA General Manager Patty Poire read letter from the NGO Leadership Council for Justice & Accountability asking everyone to remember drinking water supplies when dealing with SGMA. The Wonderful Company also wrote a letter to everyone commenting on the Groundwater Sustainability Plans.

Then the big show. Fifteen of the KGA’s members submitted GSPs for approval by the board. Spoiler alert all of them were accepted. They will be changed most likely between now and 2040 as more data is gathered, projects are implemented and further studies can shed more light and provide better information to make decisions by. Most of the presentations included a verbal report with dynamics of an engineer mixed with the passion of a CPA. So, I won’t be laying out every presentation in detail. It’s worth noting what attorney Valarie Kincaid said – the presentations are not reviews of the worthiness of the GSPs – that’s the Department of Water Resources job. Each of the directors abstained from voting on his own GSP. Here are some highlights.

The Eastside Water Management Area has 42,000 acres of white area. Kern Tulare WD Director Andrew Pandol commented that former Kern County Water Agency General Manager Jim Beck did a remarkable job in not just herding cats, but feral cats in putting this GSPs together. After leaving the KCWA Beck assembled some other talented folks with water backgrounds to form the Hallmark Group. The Hallmark Group was the principle adviser to the EWMA.

The North Kern WSD Management Area Plan used the “checkbook” approach to figure a water budget. The acreage considered was 55,700 and the total inflow was listed as 195,319 a/f with outflow at 174,930 a/f leaving an implied change in groundwater storage of 20,389 a/f. The North Kern and all the other plans have a great deal more information attached which is available online. I don’t have all the links here but they appear in other WaterWrights.net reports.

My favorite report was given by Angelica Martin for the Tejon Castac WD GSP. She said something to the effect the TCWD plan was submitted, a copy included in the board packet and if there were any questions please ask. There were none. Good for her.

The Cawelo WD’s GSP also used the checkbook method listing an annual average surface supply of 94,851 a/f and a demand of 106,952 a/f leaving a deficit of -12,101 a/f annually. The plan includes eight supply projects resulting in 23,580 a/f gain and 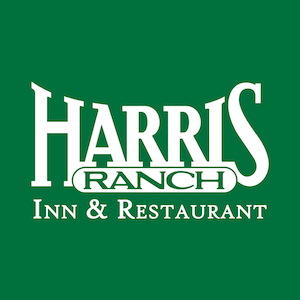 These were just a random sample of the GSPs presented and approved. The meeting then went into closed session.