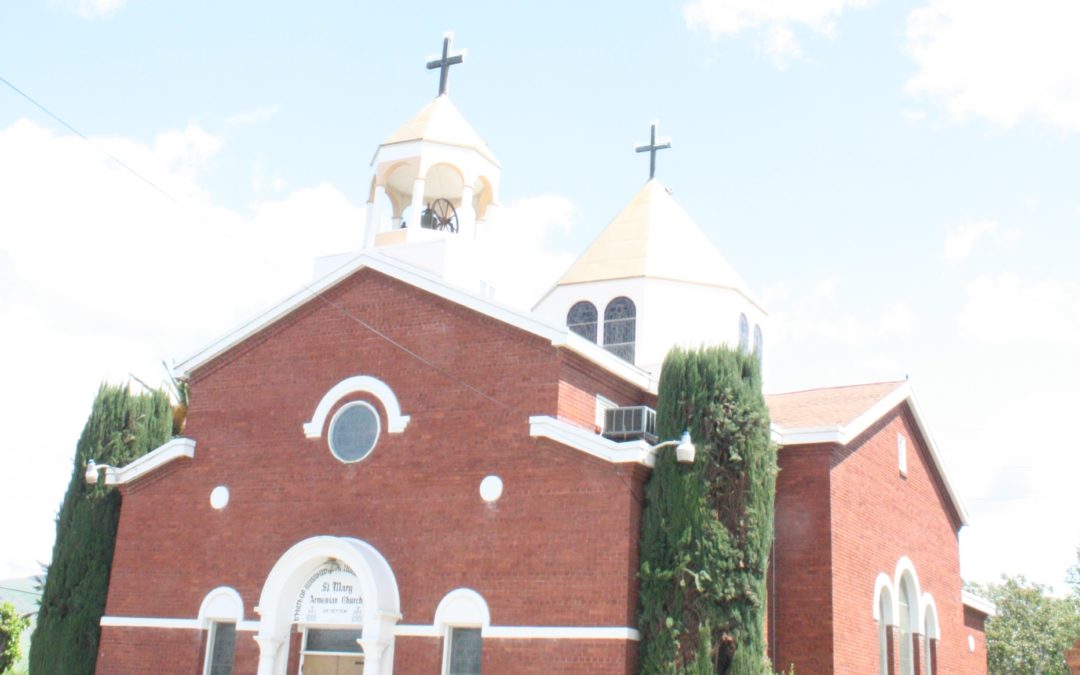 The Kaweah Delta Water Conservation District held its board of directors meeting on Tuesday, March 3, 2020 at its Farmersville headquarters. There was a rather thick agenda packet this morning Shawn Corley, General Manager of Lake Side Irrigation District commented he should have brought a sleeping bag. Before the meeting there was some talk about President Donald Trump’s recent visit. Trump did single out praise for the Porterville firefighters who lost their lives and I failed to mention that in my recent report concerning his visit.

Also, there is a kiosk in front of the offices accessible by auto dispensing free, clean, drinking water for anyone. This is an example of ag interests working together with other community members. Sometimes it gets lost that many farmers and their families also like clean drinking water and live in the same areas as the Disadvantaged Communities.

Chairman Don Mills called the meeting at 9:00am and there were no public comments; although the opportunity to comment wasn’t very long. General Manager Mark Larsen ripped through the announcements. KDWCD is looking to hire someone to do something; he was talking so fast I didn’t get it. Then I realized why. The audit report was next. CPA Kent Jensen did a fine job presenting the audit report verbally. But, and I don’t mean to be mean, it could have been shorter; although he did call it a whirlwind overlook of an audit and I have heard far worse. To be fair there were some whoop-t-does show up that don’t normally such as: types of equipment, pensions, insurance. But Kaweah Delta did good. Jensen said the staff was as always professional and helpful. The District received a healthy audit rating.

Due to the American Pistachio Growers conference in Monterey taking place today and tomorrow two directors where not present: Brian Watte and Jimi Valov. Therefore in his wisdom Mills tabled item five – director committee appointments. Mills said despite the time honored tradition of appointing absentee directors to committees we’ll just have to wait.

Larsen next spoke about Kaweah Delta’s contribution to other organizations such as the excellent California Farm Water Coalition and Ag in the Classroom and the Water Education Foundation. Of course there are Farm Bureau memberships and such. Most public agencies dealing with ag irrigation are asked for contributions to further educating the public and services to educate themselves.

Water Master Vic Hernandez gave the water report saying the Army Corps has finished its gate repairs at Terminus Dam so if they need to let go of water its ready. He said although the snow fall numbers are low the higher elevations are retaining storage. Engineer Dennis Keller said there was a foot above 10,000 feet this past weekend. There is a shift of the high pressure system moving east which could lead to a wet March.

Larsen said Friant is going to get 20 percent Class I supplies as of now. Kaweah is both Class I and Class II so there are some options available. They can carryover 10 percent of its Class I if it has enough water. If it doesn’t have enough water or doesn’t wish to do so it can for the first time this year, allow other contractors to use its carryover space. Lindmore ID is ready to take

Kaweah’s space and Larsen has a contract for 140 a/f all cued up. The US Bureau of Reclamation has stated this isn’t a precedent setting arrangement and may not take place under the same circumstances in the future. But if this proves beneficial it may grow legs.

Larsen reported on Friant Water Authority matters such as the olive branch being offered to primarily South Valley Water Association but any Friant Division CVP contractor not now a FWA member. The offer was to allow the non FWA members to sit in on closed session for the O&M matters and be allowed to speak on the record as well. We’ll see. At least there are considerations taking place.

As for the Friant Kern Canal title transfer presentation last week things looked, perhaps more rosy than is actually perceived by experts like Keller. Attorney John Bezdek is the special attorney hired by FWA to advise on this specialized area of the law. Keller commented Bezdek works for FWA CEO Jason Phillips. Keller said the cost analysis wasn’t complete because the USBR pools its data – like the real estate value of the FKC. It takes Bureau help to get those figures carved out. Chris Tantau is also the FWA Chair and he said FWA staff is hoping for a vote next month, if I heard him correctly. Keller said the two-year time-line to transfer the title may be over optimistic, it could take longer.

Keller said unless the Bureau can guarantee contracts for existing points of diversion there is no advantage in transferring title. He said there are capacity constrictions at the Kings River siphon and the Yokel Cut that also need to be addressed sooner or later. He said the Bureau was supposed to come up with a proposal to keep everyone whole. Keller said there is a great deal of obligation to be transferred as well and he just doesn’t see the benefits to outweigh the drawbacks. Larsen agreed. He didn’t see this speeding up the capacity correction fix so desperately needed on the canal.

Tantau said the one positive so far is the Bureau will stand by water rights after a transfer of title. He asked Tulare ID GM Aaron Fukuda what he thought. Fukuda said the FWA directors are more in favor but most managers thing it isn’t worth the trouble. Tantau said the voting structure is 75 percent of the FWA members must agree to the transfer. FWA has the contract but that doesn’t mean the other Friant CVP contractors are on board. The Kaweah board wasn’t sold on the idea.

Next Fukuda spoke on Temperance Flat saying the lack of interest and funding is leading to life support. I forget the tech term but, set aside report from the Bureau. When the conditions are better revive the project.

The NASA ASO was next and Larsen said it often happens with NASA once the science is established it pushes it to the private side. DWR has found enough change under the seat cushions and an ASO Inc. company has been formed and a contract offered. Larsen said this program should cost less than when NASA was the contractor. The contract offered is still being negotiated and the new company is having some growing pains. Larsen said this all needs to be straightened out with attorney Aubrey Mauritson. Evidently DWR found out the previous ASO costs weren’t as big as the clients paid. Instead of reimbursing participating districts like Kaweah it wants to pay the new company the owned money when it gets up and running with signed contracts.

Kaweah engineer Larry Dotson addressed the board about a SCADA system. He wants to put out an RFP to nail down the service. The board was OK with that.

The recharge project report was next and the earth work is coming along well. There hasn’t been any rain to bog things down.

Larsen said there is an opportunity to work with Tulare ID to partner on the Hannah Ranch project as there has been so much progress made. To him it makes sense to send more equipment to the project to get finished sooner. The board was OK with finding out more about the agreement and they liked it. Fukuda said a basin in TID was finished ahead of schedule and this would be a good opportunity that may not come this way again.

Eric Osterling gave the Greater Kaweah GSA report saying the Madera Sub Basin didn’t make the January 31st deadline. New Stone WD wouldn’t sign the cooperation agreement and DWR has taken the matter to the State Board. Lions and tigers and bears. I’ve heard a man named Jeff Lion was the cause of standoff because he’s critical of the supplies his district will receive. Osterling also said a half million dollar planning grant has landed in the Kaweah Sub Basin. Every grant has a story but this one was mild. Priorities are starting to shake out and they’re similar for the three Kaweah GSAs. Well identification for data gathering is important and the outreach to go with it were mentioned. How do you analyze a plan – financially, impact on supplies or economically? There is still a need for more and better data to fill in the gaps and prevent redundancy, double accounting and keep DWR from raising any flags. What more could you ask for except water quality. He’s been meeting with CV Salts about this issue. Mills said as the GSAs go out to a 218 election for fund raising well identification will be a consideration. Osterling said he’s working up some options and scenarios to present to his board and get direction. He said there are 20,000 plus parcels in the GSA and 75 percent are an acre or less. He’s looking at the Kings River Conservation District for some ideas.

The next meeting will be April 7th and the meeting went into closed session.