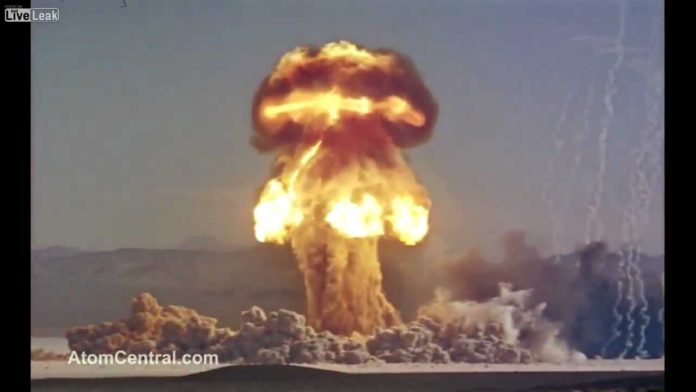 In an already choppy social environment where wokeness runs amuck tone deafness by the government should be avoided. We already have a Nordic teeny bopper lecturing dysfunctional international conventions and an elected New York City* drama queen mimicking the Little Red Hen about the world ending in 12-years due to climate change causing the sky to fall. I hope the unelected** members of the State Water Resources

I’ll not argue if climate change is a threat or not, the climate is going to change with or without anthropomorphic input. What I will posit is, no one knows how severe or damaging climate change will be. Being a good steward of the planet doesn’t include hysterical/emotional based decisions. The science is not settled. It’s not even fully understood. But the possible danger is being taken into consideration. The State of California’s government has opted to include climate change in its forward planning and has required others operating within its sphere of influence to do the same.

Back during the previous century the Soviet Union under Comrade Stalin and China under Chairman Mao did a pretty good job of starving millions of people with the government interference of farming and food distribution. Yet there are literally folks out there advocating for the State of California’s government to decide what crops can be grown where. There are even folks actively working to close down agriculture in California. To do so they would have to use the power of government. It isn’t too far a stretch to think climate change concerns could be a tool to force policies that don’t respect the rule of law, precedent or property rights on the people of California.

That’s why it is important to preserve our rights and freedom. Even the hint of government overreach must be addressed because the government doesn’t give us rights. Rights are inalienable. All government can do is prevent us from exercising our rights and we can’t let them do so. Freedom is worth fighting for.

Ok, I admit that was a long set up. Please, also understand, I know some real good people who work for and serve on the State Board. I wouldn’t lump any of them in with Stalin, Greta or AOC. I shouldn’t have to say this but I will, I was using exaggeration for illustrative purposes. But without a doubt someone was tone deaf in releasing an official document tying climate change to water rights. It drew response. Reprinted below is a letter from the Kern Groundwater Authority to the State Board regarding the attempt to connect water rights to climate change.

RE: Kern Subbasin Comments on the Recommendations for an Effective Water Rights

The Kern GSAs are concerned that several recommendations included in the Climate Change Report would unnecessarily reduce the ability for the Kern GSAs to achieve sustainability. Specifically, the Climate Change Report recommends that in response to projected climate change scenarios the State Board make foundational changes to the water right permitting system (7-1), reevaluate instream flows (7-8) and develop methodology to facilitate curtailment (7-11).

Recommendation 7-1 suggests the State Board should require climate change analysis be included to support any water availability analysis for a new water right permit. (Climate Change Report, at 24-25.) When discussing water availability analyses, the Climate Change Report states that there are no “statewide guidelines or established requirements.” (Climate Change Report, at 7.) This is not correct. Both the Water Code and Title 23 of the Code of Regulations include specific requirements for an application for a water right permit. (Wat. Code, § 1250; 23 CCR §§ 680-736.) To the extent the State Board changes the existing requirements to include climate change analysis, it must do so through an amendment to the Water Code or to the Code of Regulations, where appropriate. Adopting such requirements informally would amount to an underground regulation. (Gov. Code, § 11342.600.)

Recommendation 7-11 suggests the State Board prioritize development of a “curtailment methodology that can easily, quickly, and openly describe to water managers and other stakeholders the order of curtailment priorities and who is affected.” This recommendation would reduce the protections to senior water right holders and upend the water right priority system. Quick and easy curtailment of water rights would violate the due process protections afforded to water rights as vested property rights. In addition, the State Board has limited authority with regard to curtailment and does not have the authority to curtail the most senior water right holders (riparian and pre-1914). If the State Board were to expand its authority and unlawfully curtail water diversions during drought periods, the Kern GSAs could not achieve sustainability.

The Climate Change Report includes an overview of water rights which is overly broad and seems to expand the State Board’s authorities with regard to overarching authority to manage all stream systems. One of the foundational premises of SGMA is to allow local management of groundwater sustainability. As part of achieving sustainability, the Kern GSAs and their member agencies serve multiple beneficial uses, including the provision of safe drinking water supplies to disadvantaged communities like the Cities of Shafter, Delano, Wasco, and McFarland. More than 116,000 residents live in these designated disadvantaged communities, each of which depends on small urban water agencies for reliable high quality water. Flexibility and local control of water management are essential for these communities to continue meeting water demands and to expand on their integral function within the Kern County economy. Any expansion of the State Board into general management of the water system will undermine the KGA GSAs ability to achieve sustainability and protect existing beneficial users, including disadvantaged communities.

The Climate Change Report section on Select Models and Data suggests that there are several resources that may be immediately used to evaluate climate change impacts. One of the resources is the DWR climate change tool developed for SGMA. Although the DWR tool was used to project climate changes budgets in SGMA, this tool is uncertain and should not be used as the basis for changing the water right permitting system, developing instream flows, or developing curtailment actions. Specifically, DWR provides the following disclaimer with regard to using the DWR tool: “Users should understand the uncertainty involved in projecting future conditions. The recommended 2030 and 2070 central tendency scenarios describe what might be considered most likely future conditions; there is an approximately equal likelihood that actual future conditions will be more stressful or less stressful than those described by the recommended scenarios.” This type of tool may be appropriate for long-term planning, but it cannot be the basis for systematic change as recommended by the Climate Change Report.

The capture of high flood flows for underground storage has been occurring in the Kern subbasin for almost 100 years. This continued practice is integral to achieving sustainability in the Kern subbasin. While the Kern GSAs understand capture of flood flows and underground storage may be a new practice for some subbasins, the Kern GSAs encourage the State Board to be cautious with regard to following any recommendations that would interfere with ongoing operations of water banking facilities. SGMA was careful to avoid interference with ongoing water banking operations. (E.g., Wat. Code, §§ 10720.1(g), 10726.2(b), 10727.4(f).) The State Board should similarly avoid any action that would interfere with existing banking. For example, the Climate Change Report references the State Board’s actions to develop streamlined flood flow permits and a supplemental form for underground storage. (Climate Change Report, at 6.3.1; 7-10.) The State Board has no authority to regulate or otherwise oversee the storage of water in underground aquifers. The KGA GSAs oppose any expansion of State Board authority over groundwater banking in the name of climate change.

The Kern GSAs recommend the State Board proceed with climate change readiness cautiously, focusing on the collection of data. Specifically, the Kern GSAs recommend the State Board decline to take action on the recommendations included in the Climate Change Report that fundamentally change the water rights permitting or priority systems, that recommend developing new instream flows, or develop a curtailment system that would violate water right holders vested property rights. The Kern GSAs are committed to achieving sustainability in the Kern subbasin and those efforts should not be undermined by the recommendations in the Climate Change Report.

Thank you for the consideration.

*I think you know who I’m talking about and I think she’s from Brooklyn but I meant “New York City” in the way it’s used in salsa commercials.

**Am I the only one who finds it strange that a State Board member is appointed by the Governor but carries far more power than any elected Assembly or State Senate member?