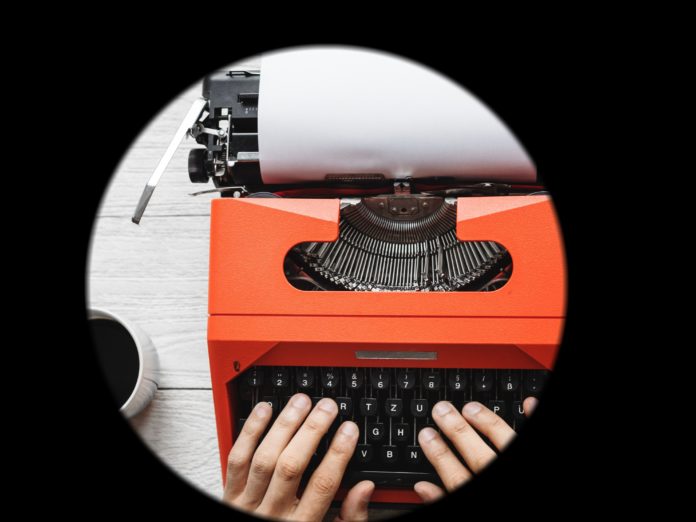 Note: This is not a WaterWrights.net report and it doesn’t necessarily represent the views of WaterWrights.net or its clients. However, the author is California grower Rod Stiefvater who is known by many in the ag water community. WaterWrights.net strives to be a source of information about when government and the irrigated ag community interact. We welcome submissions.

I wish to inform and update those interested in water issues in the SSJV—including SGMA implementation—of events in the Indian Wells Valley (IWV), near Ridgecrest and China Lake, where I am heavily involved under my company, Mojave Pistachios (Mojave).

In 2020, the Indian Wells Valley Groundwater Authority (GA) adopted a Groundwater Sustainability Plan (GSP) and follow-on actions that gives all of the IWV Groundwater Basin’s purported average annual recharge to the Navy.  The GA then instituted extraordinarily high new fees of $2,235/acre-feet (AF) on all groundwater pumped by any groundwater user that was not awarded an annual pumping allocation and that did not sign the GA’s “Transient Pool” Agreement, as explained below.  These are by far the highest pumping fees in California charged under SGMA.  For groundwater users elsewhere in the State this is a cautionary tale—and perhaps a sign of things to come in your basin. 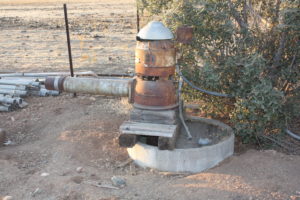 Specifically, the GA reserved all purported 7,650 AFY of the IWV Groundwater Basin’s estimated average annual recharge solely for the Naval Air Weapons Station China Lake (Base), even though less than 2,000 AFY is actually used on the Base.  The GA then “transferred” the remainder of the IWV Groundwater Basin’s average yearly recharge not used on the Base to certain water users awarded an annual pumping allocation.  Those users granted annual pumping allocations include GA member agencies, namely, the City of Ridgecrest, the Indian Wells Valley Water District (IWVWD), and Kern County.

No members of the agricultural (Ag) community were granted an annual pumping allocation.  However, the GA selected a few Ag pumpers to share a one-time “Transient Pool” of approximately 51,000 AF.  Each user’s Transient Pool allotment amounts to only a few years of water use for those Ag pumpers.  Once this Pool is used up, no more groundwater pumping will be allowed by allotment holders unless they start paying the extraordinary fees.  Given that the fees render farming economically unviable, these small Ag interests will simply be “dried up.”  Further, the GA conditioned acceptance of a Transient Pool allotment on execution of an agreement signing away legal rights to challenge the GSP and the GA’s related allocation decisions.

Mojave, Searles Valley Minerals (Searles), and certain other groundwater users pumping more than 2 AF per year per household got no Transient Pool water and no annual pumping allocation and will therefore be subject to the total GA fees of $2,235 per AF for any groundwater pumped after January 1, 2021. Of these new fees, $2,112.50/AF was instituted, purportedly, to purchase a State Water Project (SWP) entitlement and deliver it for use (somehow?) in the IWV.  No Ag or industrial enterprise can afford such a fee anywhere in California.  We understand that these fees will soon, if not immediately, force Searles, which produces many full train loads per year of soda ash and other products and provides water to the disadvantaged community of Trona, to shut down.  Likewise, payment of these fees will require Mojave to dry up its 1,600 acres of 7-year-old pistachio trees, since these fees will guarantee that Mojave will always operate in the red.  By ignoring their water rights, assigning them no portion of sustainable yield, and imposing its exorbitant fees, the GA is purposely pricing Searles and Mojave out of business and out of the IWV.

Both Mojave and Searles have been forced by the GA to sue to protect our businesses.  The GA has left us no other choice.  The GA has allowed no ramp down of groundwater pumping over SGMA’s 20-year horizon, nor has it offered any supplemental or transitional water.

A number of those farmers who received Transient Pool water are former Base employees with small pistachio orchards that currently provide them with retirement income.  All will soon be gone—literally dried up—since these farmers will not be allowed to pump groundwater beyond their Transient Pool allotments unless they pay the astronomical fees that make any agricultural endeavor uneconomical.

The GA’s proposal to purchase a SWP entitlement and, we assume, build a pipeline to IWV, will never be funded—at least not under the current fee structure—since no existing Ag or industrial water user can afford to pay the exorbitant fees.  What’s more, the additional costs of yearly SWP water purchases (if available), plus investment in and the cost to operate conveyance systems to the IWV, are huge additional sums that are very unlikely ever to be raised and bring only 5,000 AF of new water to the IWV, as proposed by the GA.  There is no surplus SWP water, there is no economical way to deliver the water, and the high water cost will be too expensive for local residents or ag.  As presently conceptualized, the GA’s effort to bring water into the IWV is just a pipe dream. 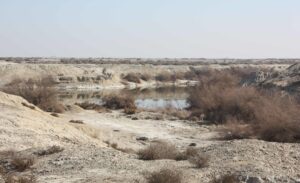 There are several ironies to this situation.  The whole plan to get industry and Ag out of IWV was conceived prior to the creation of the GA by former Kern County Supervisor Mick Gleason.  Kern County taxpayers funded legal support to the GA from County Counsel Phil Hall.  As I believe you are aware, the extreme irony is that in the SSJV, Kern County completely opted out of involvement in all SGMA issues and even asked to be fully defended and indemnified by the Kern Groundwater Authority.  At the exact same time, Kern County provided the personnel and financial support that left the IWV in this preposterous situation.

Another irony: in the Kern Sub-basin, groundwater is being harvested at a high rate with water levels falling tens of feet per year during the drought.  Luckily, there are a few decades of water in storage.  By contrast, the IWV Groundwater Basin has hundreds of years of economically-recoverable fresh water and groundwater levels are only dropping less than 1 foot/year on average.  The 20-year SGMA timetable provides plenty of time to figure out water solutions for all interests in the IWV without harming water quality or substantially lowering water levels.  But the GA has decided to rush to shut down the pumps, and the water in storage will not be put to beneficial use—rather, it will be wasted, contrary to Article X, Section 2 of the California Constitution.

Perhaps the biggest irony for Mojave and Searles is that the GA, due to its extreme fiscal irresponsibility and overspending on the GSP (one of, if not the most expensive in the State), will be forced to use what little is collected of these extraordinary fees to defend lawsuits brought by the parties paying those fees.  So, assuming Mojave were able to pay the fees (which it cannot), Mojave would be paying the GA to defend itself against our lawsuits.  Additionally, Kern County will use property tax fees Mojave pays to continue their financial support of the GA.  In reality, few extraordinary fees can be paid, so the GA, which is already in a shaky financial position, will likely have inadequate funding to even continue to function as it has.

Under Mick Gleason’s control, the GA Board was structured to include only one major groundwater pumper, the IWVWD, which provides water to the residents of Ridgecrest.  The Counties of Kern, Inyo, and San Bernardino plus the City of Ridgecrest are the other members of the GA Board of Directors.  Meanwhile, Ridgecrest-area residents who receive water from the IWVWD have received large increases in their water bill and are not happy.  The IWVWD must pay these new fees on a portion of the water pumped and delivered to its Ridgecrest-area customers.  All water used by Ag is pumped outside the boundaries of IWVWD. 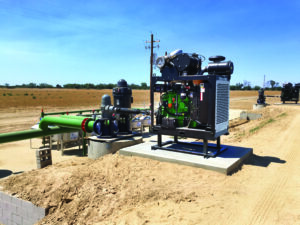 Clearly this whole situation could have been avoided by bringing all major water users together to find a fair and cost-effective solution to the IWV water issues, over the 20 years allowed under SGMA.  Instead, one member of the Kern County Board of Supervisors concocted his very own scheme that runs contrary to SGMA and rests on a shaky foundation of bad science, cherry-picked facts, and the exclusion of dissenting voices.

Now the situation is a costly mess with over $7 million in GA spending, with no end in sight.  Local residents now have higher water bills.  Small Ag pumpers will soon lose their retirement assets and income.  Searles and Mojave will have to end their operations as they cannot pay the new exorbitant fees.  And no new water will be imported into the IWV.   Therefore, both Searles and Mojave have sued the GA.  All this will likely result in the GA not having adequate funding to continue to function.

Thanks for your viewing.

P.S. – The subjective conclusions herein are my own, drawn from the factual information available to me, and presented to you out of complete outrage and frustration with this GA’s process and direction.

REQUEST FOR ACTION – If you are equally outraged, I urge you to call in to the public meetings below and speak during the public comment period. Let your GA representative hear directly from you about this issue.

Instructions for providing public comment BEFORE and DURING the meeting à  https://www.ridgecrest-ca.gov/418/Virtually-Attend-Committee-Meetings

Next water district meeting date/time: May 10

Instructions for providing public comment BEFORE and DURING the meeting à https://www.iwvwd.com/board-of-directors/board-meeting-agendas/

Next Inyo Board of Supervisors meeting date/time: May 11, May 18

Instructions for providing public comment BEFORE and DURING the meeting à https://www.inyocounty.us/government/board-supervisors/services-information/faqs

Next Kern County Board of Supervisors meeting date/time: May 11, May 25

Instructions for providing public comment BEFORE and DURING the meeting à https://www.kerncounty.com/home/showpublisheddocument/4204/637508918443400000

Next San Bernardino County Board of Supervisors meeting date/time: May 18

Instructions for providing public comment BEFORE and DURING the meeting à https://www.sbcounty.gov/uploads/cob/MeetingParticipation(Final).pdf