Are There Monsters Under Your Bed? 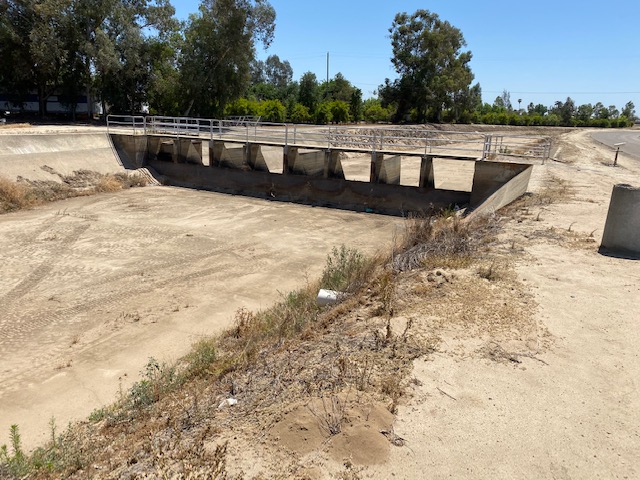 We are coming up on the Fourth of July holiday in the United States. A time when most

Americans celebrate our independence with BBQs, family and friends, parades, and fireworks.  It all started on July 2, 1776, when the Continental Congress voted in favor of declaring independence from Great Britain. The 13 colonies wanted independence from British rule because they felt they were being treated unfairly and overtaxed. The Declaration was written to clarify and justify the actions of The Second Continental Congress, which was to assume the powers as the official government of the United States of America. The Declaration of Independence was adopted two days later on July 4, 1776. It is recognized by The Guardian as one of the top 10 best political documents written. It is clear, concise, and represented the people as a whole.

At this point, you may be wondering what the Declaration of Independence has to do with water. Well…fast forward 238 years to 2014 when California signed the Sustainable Groundwater Management Act (#SGMA) into law. While the need for protecting the state’s groundwater resources was wanted by many, the Act is in no way clear, concise, nor does it equally represent the people. However, like the Declaration of Independence, SGMA caused a fundamental change.

It has been seven years since SGMA has become a law. Groundwater Sustainability Agencies (GSAs) have been formed in high and medium priority basins, and Groundwater Sustainability Plans (GSPs) have been developed. Even so, in the San Joaquin Valley, water users are in transition and will remain there until 2040. In transition, there is uncertainty, and the future is unknown. We naturally fear the unknown, but you need to press through and embrace the challenge. We all have an end goal to bring sustainable groundwater management practices into balance. How we get there on a unified front is uncertain and scary to some Californians. But just as we can turn on the light to make the monsters under our bed go away, we can also bring light to the California groundwater situation and make it less scary.

There are several coalitions like the San Joaquin Valley Water Blueprint, California Groundwater Coalition and resources like the Groundwater Exchange and NGO Groundwater Collaborative that share information about SGMA and its potential impacts. For agriculture, water is a necessity. Without it, we would not be able to provide the safe, reliable food products that consumers rely on. Socioeconomically, in the Central Valley, we would also not be able to produce jobs and a source of income for many people who rely on agriculture for their employment.

Because people (in general) fear the unknown, companies and organizations use marketing strategies that target that fear. While some may say they are only sharing the reality of the potential implications of SGMA, Risk Mitigators & Advisors prefers to keep an open and objective mindset when working with clients on water risk analysis. There is no “silver bullet” answer to SGMA just like there is no “one way” to increase a company’s bottom line.

As an example, let’s dive into the comment that you may have heard about needing to fallow between 750,000 and one million acres of farm ground to comply with SGMA regulations. While I believe that there will definitely be ground that is fallowed due to a lack of sufficient water resources, I have not heard of any publicly available analysis presented on the impact that increased yields and changes in crop consumption would have on the water needs of the Central Valley. If we look at two of the top five crops in California as of 2019 – Almonds and Pistachios, both have made significant yield increases in 20 years (the amount of time that we have to bring balance to our water situation per SGMA). Based on the USDA – Economic Research Service data from 1999 to 2019, yields for almonds increased approximately 25 percent while pistachios increase around 22 percent (taking into account the alternate bearing production). Assuming that similar yield gains will be made during the next 20 years and the total acreage planted would remain at 2019 levels for each crop, the production amount would be the equivalent of not needing an additional 380,000 and 103,000 acres of almonds and pistachios, respectively. Does this brief analysis account for 483,000 of the 750,000 acres that would need to be fallowed? I will let you decide.

Even though producers have not received all the rules on how to play the SGMA game, there are ways to take some of the fear out of the uncertainty that lies ahead. Call, click or stop by Risk Mitigators & Advisors’ office at 2525 Alluvial Avenue, Suite 151, Clovis, California 93611 to discuss how we may be able to assist you with your water risk analysis during these transitional times.