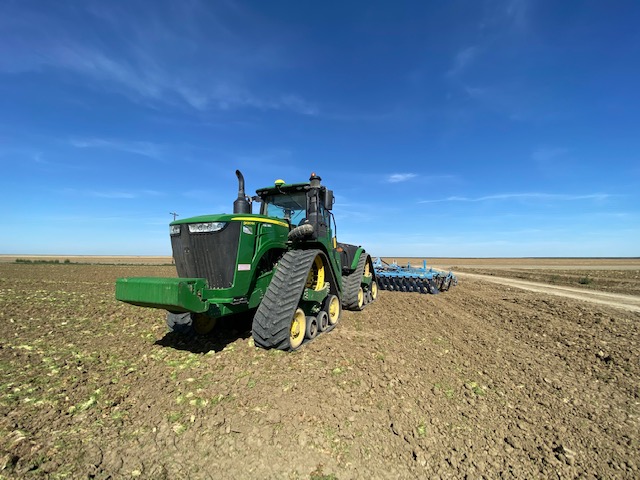 The Westlands Water District held its board of directors meeting Tuesday, September 21, 2021, at its Fresno headquarters and online with Zoom. Just a reminder about WWD; it’s the biggest water district in, if not the world, certainly California. It has a larger than usual board in keeping with this. Nine members. What Westlands has learned to do over the years to keep things from bogging down is to work things out in committee. Then the committee brings its recommendations to the board. Committee members develop an expertise in the subject and the committee meetings are open to the public as well. It’s a pretty sensible way to avoid what could be a marathon board meeting.

Chairman Ryan Ferguson called the meeting to order at 1:00pm on the dot, way to go. The first thing Ferguson did was ask for public comment, there may have been some incoherent mumbling. There were no changes to the agenda and the minutes were approved.

General Manager Tom Birmingham’s report was next. He said Tom Boardman wouldn’t be able to give his water report so he asked Russ Freeman, Deputy GM of Resources to give the report. Freeman said the US Bureau of Reclamation is ready to impose some reduction in storage carryover quantity at San Luis Reservoir if I understood correctly. The Jones Pumping Plant at Tracy now has three units going. This means supplemental water

allocations for Westlands growers will happen this week. Carriage loss or the amount of water that evaporates, leaks or soaks in the ground is pretty high. Director William Bourdeau asked Freeman is staff is keeping on eye on how much loss is at stake if next year is dry. The answer is yes. But if next year is dry rescheduled or carryover water will be the only supply until the July through November transfer window opens. Freeman said the strategy is to carryover as much as possible. Director Todd Neves suggested keeping the growers up to date on the specifics of this plan and of course staff will do so. Freeman said another unit at Jones could be coming online soon.

Freeman said the state Banks plant is pumping at a minimum as it has such limited upstream resources. Oroville’s levels are at historical lows. The COA, the Cooperative Operating Agreement between the federal USBR and the state Department of Water Resources is an accounting method to determine the balance of who has how much water at San Luis Reservoir pumped from the Delta. It’s a little more complicated than that. Ok, a lot more complicated since it is water accounting in California*. There is a formula developed on how much water can be pumped by the state and the feds from the Delta. How much of the storage in SLR belongs to the state or to the feds is also determined by this formula. The balance seems to be continuously in flux. Earlier in the year the feds were borrowing from the state and now the state owes the feds and the state may have to pump until next March to catch up.

Shelly Cartwright reported from Washington DC that Camille Touton has had her hearing before the Senate for Commissioner of USBR and it went well. Cartwright said Speaker of the House Nancy Pelosi had made a promise to pass the infrastructure bill by September 27th. Doesn’t look like this will happen.

Cartwright reported from Sacramento AB 351 just passed allowing public meetings can take place online until 2024 as long as certain conditions are met. That is good news for as long as gas is more than $4 per gallon and there’s only 24 hours in a day. There are a couple of folks in the water meeting circuit who can really give a good government report and I think Ms. Cartwright is one of them. In coordination with staff Cartwright helps the district keep on top of grants and other developments of benefit to growers. Director Jim Anderson asked if SGMA grant money is coming and Cartwright and WWD engineer Kitty Campbell were on it. (There isn’t any new funds right now but they’re keeping an eye on it.)

Bourdeau reported on the Farm Water Alliance’s efforts to get western states’ some water infrastructure funding in the federal bills.

Freeman was asked to invite San Luis Delta Mendota’s Frances Mizuno to the next WWD board meeting. Ferguson reported ACWA Divisions Six and Seven I believe will be meeting at Harris Ranch near Coalinga. The legal affairs committee reported there is still enough funding to pay the lawyers.

Neves reported the water policy committee has been considering a recommendation the board approve an analysis of the State Water Project agreement for a 2021 groundwater pumping and conveyance project. Director Frank Coelho said he has concerns about pumping water into the canal under SGMA. Birmingham said the committee decided not to have the district enter into the agreement. He said the individual farmers need to work things out with DWR. I found this a little confusing. Groundwater from lands within Westlands would be pumped into the California Aqueduct.

Birmingham said the California Water Code prohibits any significant impact on the county where the water is being transferred from. That gives WWD an ability to determine if the impacts are bad or not. Now whether or not that gives Westlands the authority to prevent this from happening, I don’t think so. But I believe DWR will give a good deal of consideration to whatever WWD has to say about it. I’m going to have to do a little research about this matter, but I can state with confidence the Board will not approve the district entering into this deal with DWR. This all has to do with agenda Item 9a.

Next Campbell reported that next month the reports on well extractions and well monitoring results will be ready. There are several working recharge projects in the district. Campbell said there will be another GSA meeting soon.

There was some confusion that didn’t involve me and it had to do with the legality of the agenda. Whether or not Item 10b was part of the record. The board’s copy of the agenda didn’t have 10b but my copy and the copy on the district’s website did. This stalled the meeting and I believe Director Anderson nailed it when he stated, “Ten b or not ten b? That is the question.”

Birmingham and WWD attorney Jon Ruben reviewed the law. Birmingham said the agenda posted to the website and circulated to the public and the board included 10b. He and Ruben concurred it would be legal to report on matters on Item 10b.

Campbell reported WWD received a Bureau grant for flow meters and has begun installing them. This saved Westland 50 percent of the costs but required the Bureau to conduct a NEPA analysis. So far 40 percent of the meters have been installed and 50 percent should be up and running by the end of the year.

Bobbie Ormonde gave the financial reports and things went pretty good. The board is going to pay the bills, come up with a policy about unclaimed money and they did a budget move to help with land purchases. Ormonde also gave a report on investments and related reports. Everything that needed approval was approved.

I guess there were two public comments on today’s agenda but of them is its own item just so the folks who don’t run or work at Westlands can spout off about whatever pops into our head. One thing that separates Westlands from another, bigger water player in the state, Metropolitan WD, is public comment. If you ever visit in on a Met meeting, public comment can take 45-minutes and the topics range to and fro great distances. There were no public comments and the meeting went into closed session at 2:24pm. That was that, go be good to yourselves and each other.

*I’ve been told the only place with more complicated water accounting than California is Colorado. A Cray supercomputer stripped a gear trying to keep track of what was going on in Denver.