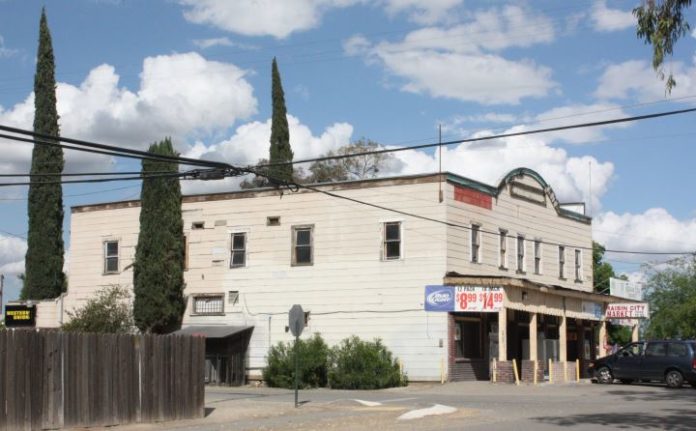 The McMullin Area Groundwater Sustainability Agency met on Wednesday, July 10, 2019 in Kerman at the School District’s Staff Development Center. Chairman Don Cameron called the meeting to order at 10:30am. Because the location and time is not the usual place at the Community Center Cameron asked MAGSA Executive Director Matt Hurley if there was anyone at the Center to director folks to the proper location. There was someone there to take care of the matter.

The minutes were approved and the financial report was given. The budget is looking pretty good so far. The GSA is just getting started since it’s on a fiscal year staring July 1st. There hasn’t been time to overspend except for the legal expenses. Those costs are over the line, but when aren’t they? The very good news is Prop One grant money is on its way and the $19 per acre assessment will be coming in. Got to love the visits to the mailbox. The report was approved as was the new budget, which Hurley said was basically the same as last year’s budget.

Next was Hurley’s management report. He started by reminding the board it is time choose the board officers for the new year and if the board likes it will be agendized for next month’s meeting. That went well. Hurley thanked Provost & Pritchard engineer Lynn Groundwater and Kings River Conservation District’s Kristal Tufenkjian, Rebecca Quist and Brian Trevarrow for their amazing work to get things ready for today. There were other names mentioned and I believe they deserve a that a boy as well.

P&P’s Randy Hopkins presented the board with the Groundwater Sustainability Plan public draft. Hopkins said he’d keep the review out of the weeds. The historic conditions have been established as baselines for moving forward. The GSP will not require immediate pumping restrictions, changes to crop, land use or mandatory fallowing. The first goal is to develop water supply not regulate pumping. There are seven GSAs in the Kings River Sub Basin and the MAGSA’s GSP will be included in the overarching GSP as a separate chapter if I’m correct. There is more than 91,000 a/f of overdraft in MAGSA. The groundwater inflows are 153,000 a/f.

The sustainable yield is 1.4-1.8 a/f per acre or 220,300 a/f for the area if things remain static. If they can get some supplemental surface supplies those figures will improve. SGMA allows for a 20-year ramp down of five-year intervals. MAGSA’s ramp down is proposed to be 10 percent first five years, 20 percent the second period, 30 percent the third period and 40 percent the last five year period.

Groundwater explained the six undesirable results and MAGSA doesn’t have to worry about sea water intrusion or depleting water ways. Water level Sustainable Management Criteria of undesirable results happen when a third of the eight wells being used in the monitoring network drop below the minimum threshold for two consecutive years at the same wells. This translates to a measurable objective with flexibility for a five year drought setting the minimum threshold. That MT is the lowest a water

level can drop. It was a bit confusing but Hurley said the crack team of Tufenkjian and Quist will have more detailed information and the ability decode some of the more esoteric portions of how the figures were arrived at. There are 23 monitoring wells as of now. For water quality the Maximum Contaminate Levels for California potable water standards were used as a baseline. If six of the 12 water quality monitoring wells test above levels of the contaminates two years in a row that is the undesirable result. Undesirable subsidence is defined as significant loss of functionality to structures and infrastructure. The presentation was on Power point and will be posted to the MAGSA website and a lot of info was given but if I recall the maximum subsidence is six inches over 36 acres per every five years. That slide went by quicker than I could type.

Projects were next and Groundwater said 12 projects are currently on the table. There are recharge basins at the City of Fresno Wastewater Treatment Plant that need turnouts at $3.5 million that will bring in enough surface water to recharge to make it worth investigating its feasibility. There were five or six other recharge facilities proposed.

Hopkins talked about management actions; education and outreach, well head requirements, groundwater allocation per acre, groundwater marketing/trading, fee and incentives and groundwater pumping restrictions were listed as potential actions. That could include meters being required on new pumps. Some of the actions will require attention to demands and not just supplies. If there will be marketing there needs to be an allocation set. He said the last resort was pumping restrictions and that was why it was listed last. The next step is to download the draft GSP from the MAGSA and make comments. There is a tentatively scheduled October 9th public hearing to address comments. In the meantime there will be public workshops.

California Milk Producers Council’s Geoff Vandenheuvel congratulated the team and asked how soon will farmers have to have meters or perhaps satellite Evapotranspiration implemented. This come back to the “he who has the best data wins”. Hopkins said within the first five year period. Hurley said the GSA is going to be very data hungry and metering is a defense to protect growers from false charges. Cameron said he was speaking at a Madera Farm Bureau event yesterday where there were five businesses with different ways of monitoring and metering. Until the GSP is fully accepted the GSA doesn’t have the legal authority to start setting policy. The board chose October 16th as the public hearing date to avoid overlap with the Fresno County Fair.

Tufenkjian spoke on outreach saying the website was running pretty normal. Growth after the April 2018 Prop 218 election things took off. There was a basin-wide outreach to disadvantaged communities in the sub basin at Riverdale. The next one will be in Dinuba and this is funded by a grant given to Self Help Enterprises. Quist spoke next about GSP comments and workshops. Everyone on the interested parties list will receive a notice when the GSP is loaded on the website. Comment instructions will be on the web as well. comments@mcmullinarea.org will be an option to responding. If you really want your comment to be heard you can always submit it on a $20-$100 bill. Even a webinar on August 13th is planned to help get questions answered. Vandenheuvel suggested emphasizing the last resort is curtailed pumping, not to sugar coat it, that is still a reality, will help growers more than trying to read through the 500 page MAGSA GSP.

The next scheduled meeting is August 7th and the meeting went into closed session.