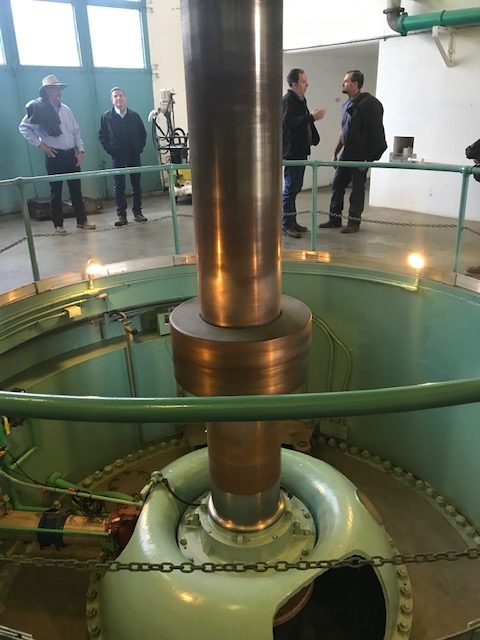 Regions Six and Seven of the Association of California Water Agencies held a Valley Water Forum in Visalia at the Convention Center on October 14th. According to its website ACWA is the largest coalition of statewide water agencies in the United States. It has 460 public agency members responsible for more than 90 percent of the water delivered to the cities, farms and businesses in California.

The forum featured panel discussions and presentations. The previous report

concerned itself with the legislative panel. The next event that day was a presentation by Dr. Scott Hamilton on the Water Blueprint for the San Joaquin Valley. Hamilton is the Chair of the Blueprint’s Technical Committee and has been instrumental in bringing to light some viable options. Options that could help reduce by hundreds of thousands of acres the amount of farmland in the San Joaquin Valley that will be retired due to regulatory drought and the Sustainable Groundwater Management Act.

Hamilton explained the Blueprint first goal is to bring the Valley together, to be a united voice for the Valley’s water needs. The Blueprint is big and audacious – it will take a united voice to get it up and running. We’ve all heard you have not because you ask not. Part of the reason the San Joaquin Valley often doesn’t receive what it needs from the government is because all the similar requests coming from so many different sources tend to muffle each other out. If the politicians and policy makers don’t receive a clear message they move on.

The San Joaquin Valley is about 2.5 million a/f short of surface water per year on average. This means if the Sustainable Groundwater Management Act is taken to its conclusion without any mitigation more than one million acres of farmland in the Valley will be taken out of production. Dr. David Sunding, an economist from UC Berkeley conducted a study that estimates 42,000 jobs in the Valley and 65,000 jobs statewide will be lost at an annual cost of $7 billion less economic activity per year.

Hamilton says not to count on existing or new surface storage. There are more than 25 million people depending on Lake Mead on the Colorado River. Lake Mead holds a little less than 30 million acre feet. Lake Shasta the largest reservoir in the state holds about four million acre feet when full. Compare this to the San Joaquin Valley aquafer’s capacity to hold 80 million a/f in groundwater, the equivalent of 20 Shasta Reservoirs.

There are more than 200 projects with an estimated cost of $1 billion proposed by Groundwater Sustainability Agencies in the San Joaquin Valley. When averaged out there are 10 million a/f flowing from the Delta into the Pacific Ocean per year above what is needed to meet the Delta’s environmental demands and to keep saltwater from intruding too far upstream. The problem is most of this water  comes during a relatively short snow melt season in the late spring. Large flows rush past the antiquated fish screens meant to

protect aquatic life from being entrained in the pumps. These pumps in turn send water down the federal Delta Mendota Canal. Obviously if you can’t get the water to the pumps it can’t flow down the canals. There is a plethora of regulatory provisions, nominally to protect the environment, that often prevent pumping during high flows.

The Blueprint proposes an updated fish screen known as the Environmentally Friendly Water Diversion. If you’ve never seen the pumping plants or fish screens you may think it’s a wire mesh on the end of an intake pipe. In a way it is, but on a massive scale.

The fish screen is located where the Old River flows past Hammer Island, five-acres of water locked homes. The screen is a bit less than two hundred yards long. Once water passes through the screen it has to flow down a channel about three miles before reaching the pumps. These are not your average pumps. There are five huge pumps sitting in a concrete and steel building with a moveable crane permanently attached to the roof. Portable cranes wouldn’t be able to lift the pumps from the building during maintenance and repairs. The Banks Plant is similar with its diversion located at the Clifton Court Forebay.

The current fish screen is a series of louvers spaced so the openings are away from the river’s current. The screen is plagued with invasive aquatic weeds, mostly hyacinth that requires a constant cleaning crew to prevent it from clogging. When the pumps are running the flow can cause fish and other animals to be sucked into the channel from the river.

Hamilton is proposing doing away with the screen entirely. Instead of taking from the side of the water column, take from the bottom. A small basin could be built that would allow wildlife to come and go. Perforated pipes would be laid in a gravel bed under the basin’s floor. Water would seep through the bottom of the basin at the rate of about one inch per minute. Due to the natural buoyancy of fish and other aquatic species there would be no entrainment. The water in the pipes would go to the pumping plant’s channel and be moved into the Delta Mendota Canal. This Environmentally Friendly Water Diversion would be able to take advantage of times of high river flows, mostly during the spring when snowmelt creates the most runoff and during storms.

The technology of underground pipes is proven and already in use in the state. Though on a smaller scale. Hamilton said the Blueprint is looking for $4 million to build a pilot project to further refine the concept and show its applicability to the Delta pumping plants. The land and I believe he said most of the permitting needed is in place to begin testing. A relatively small amount of money from a state that boasts it’s the fourth largest economy in the world.

So things have progressed and water is flowing from the Environmentally Friendly Water Diversions – where does it go? Combined, the Jones and Banks Plants can pump 15,000 cubic feet per second when operating at capacity. That’s about 30,000 a/f per day, a large slug of water to find a home for. As discussed earlier the aquifers under the San Joaquin Valley are perfectly suited to store a large amount of water.

Water banking is a proven method to store groundwater during wet times for use during dry. In fact the San Joaquin Valley’s was designed by nature to operate in a way known as conjunctive use. Water in the form of snow is stored in the mountains and used later during the dry periods. Farmers used to flood irrigate fields, orchards and vineyards. The plants would take their needed amounts and the excess would percolate through the soil into the aquifer where it could be pumped later. As long as you’re putting more water into the aquifer than you’re pumping out the system works.

Currently both Metropolitan Water District of Southern California and the Santa Clara Valley Water District in San Jose are banking water in the San Joaquin Valley. Lots of water. SCVWD receive water from the State Water Project, the Central Valley Project and Hetch 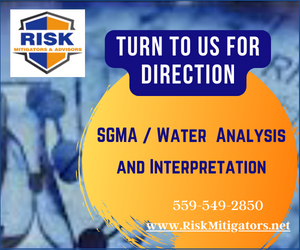 Valley grower Bill Diedrich, past chair of the ACWA Agricultural Committee told Hamilton he sees the cooperation with Southern California as pivotal. He also asked if there has been anything to learn from Dutch efforts to battle seawater intrusion that could be applicable to the Delta. Hamilton said there is some research exploring what sounded to me like a door threshold in the Carquinez Straight. Saltwater is heavier or denser than freshwater. A cubic foot of seawater weights about one pound more than a cubic foot of freshwater. A sill could conceivably prevent saltier water from making its way upstream into the Delta.

ACWA President Pam Tobin said she believes Northern California will have to be assured its reservoirs won’t be drained due to the Blueprint project and she said the Delta folks will most likely have their own concerns.

Well, there you have it – the Blueprint’s pitch to ACWA. Next in this series we’ll take a look at what the SGMA panel had to say and some more input from ACWA.