The Buena Vista Water Storage District held its Thursday, February 3, 2022 board of directors meeting at its Buttonwillow headquarters. The closed session began at 10:30am and Chairman John Vidovich called the regular session at 11:00am. Attorney Isaac St. Lawrence reported there was nothing from closed session to report. I also noticed there is a new Director Craig Andrew. In addition I haven’t seen this many members of the public in attendance, well – ever. There were almost 20 guys sitting around the room. It was refreshing to see the younger men stood up to allow the older men to sit. This is in contrast to other locations where I have seen women and the elderly shunted aside at public meetings. You can guess those other locations are north of here.

Under public comments two gentlemen dairy farmers who are in BVWSD said it appears their property is being lumped in with the White Areas adopted by the district. They said they have been paying assessments and do not want to be considered white area growers. They were invited to speak with staff. You may recall the County of Kern was all over the map when SGMA was first being organized. First the County filed over all the GSAs in the Valley portion of Kern then dropped out completely. Under SGMA white area defaulted to the county and if the county wouldn’t accept them they could petition to join existing GSAs or their future would be dictated by the State Water Resources Out of Control Board. Many of the districts in Kern County stepped up and took on extra non-annexed land to protect their brethren and their own interests.

Controller Mary Beth Brooks gave the fiscal report and it was accepted.

General Manager Tim Ashlock said it looks like if the snow survey is correct there could be a one/fifth an acre foot allocation to BV when the State Water Project supply is figured in.

Ashlock said DWR sent out a determination letter last Friday on the Kern Subbasin GSP. It was ruled incomplete. He said one of the biggest issues was the coordination agreement. Vidovich said if folks recall a couple of years back the Semitropic WSD board did not want a time limited coordination agreement and he and Ashlock will be meeting with Semitropic later today. That was it at 11:21am. The meeting then went back into closed session. 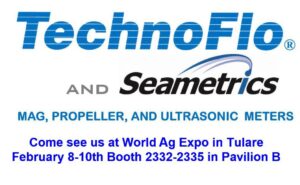 Much of BV’s agenda is on consent calendar. Both the board and the public are allowed to pull any item from consent and have it brought before the board for discussion and if needed an individual vote. One of the reasons there was a 21-minute long meeting today was so few items were pulled from consent. Yet the meeting was standing room only. Those in attendance were not shy, timid creatures. They were for the most part growers and when they felt like making a comment they weren’t reticent to do so. There is nothing wrong with running an efficient public meeting as long as everyone respects it is a public meeting. Today’s meeting was very public and very short.

DISCLAIMER OF RESPONSIBILITY; Waterwrights strives to provide its clients with the most complete, up-to-date, and accurate information available. Nevertheless, Waterwrights

does not serve as a guarantor of the accuracy or completeness of the information provided, and specifically disclaims any and all responsibility for information that is not accurate, up-to-date, or complete.  Waterwrights’ clients therefore rely on the accuracy, completeness and timeliness of information from Waterwrights entirely at their own risk. The opinions expressed in this report are those of the author and do not represent any advertisers or third parties.