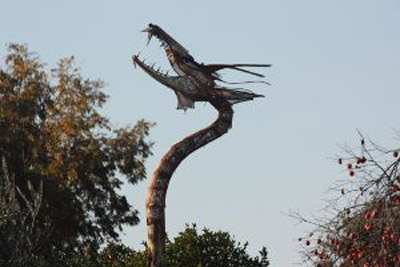 The East Kaweah Groundwater Sustainability Agency meeting was held on Monday, August 21, 2017 at the Lindsay Wellness Center in Lindsay. The meeting began at 4:00 pm as scheduled. All the bookkeeping items were finished. Executive Director Michael Hagman sent out a document titled, “Common Values Inventory/Questionnaire”. This was in an effort to define the culture of those living and dealing with the East Kaweah sub basin and use this definition in undertaking a creative path to developing an advisory role in SGMA. This has been a day for wordsmithing. The questionnaire had the word “coalesced – as in, ‘. . . we coalesced around a culture . . .’” This word was changed to “unite.”

Hagman spoke about Technical Advisory Committee and how that will interact with the two other GSAs in the Kaweah sub basin. EKGSA’s share in the initial coordination efforts is $40,000. There is a disadvantaged community grant Tulare County has available and there is the $1.5 million Prop One grant divided three ways. EKGSA has to pony a matching amount for its share but Hagman is pretty sure there are enough disadvantaged communities in the GSA to get that waved. However, there still needs to be about $5 per acre or $750,000. The county has about a 38 percent white area in EKGSA. Hagman is also the General Manager of Lindmore Irrigation District and he said LID will place this on the water bills. Committee member Alan Lombardi asked if this is 218 Election proof. Attorney Ravi Patel said there is no explicit exemptions for 218 when a GSA wants to increase its income. Hagman said every entity involved in the GSA has a manner for raising funds, but getting those funds may take a different turn. There are seven entities within the EKGSA and they will be responsible for the costs through a call for funds on a per acre basis. Implementation costs will take more efforts in raising funds.

Speaking of implementation Hagman spoke about Professor Michael Young’s approach to Australian water banking. He declined to give details or opinions on how this works but said it turns water in shares of stock to trade. Hagman said there are parts of the sub basin on the east side that overlays fractured rock aquifers and the alluvial aquifers are further west. For instance; Lindsay Strathmore ID pumps less than 10 percent of its water. It is on the east side and doesn’t have the storage space. Hagman advocated developing a water budget before deciding how to divide it. Kind of a cart before the horse. He wants a sub basin MOU and work with the boards from there. There was a discussion between Hagman and one of the committee members – over and over again – about the way the ground is farmed, about what crops and soil type sits over what type of aquifer. Basically what SGMA wants to do through law. But the discussion became a bit circular as the terms weren’t defined.

One of the committee men said in other words the state is taking away my water. He said he wants to opt out of the GSA. He was told the state would then become his partner. Not a desirable position. Hagman said in Australia the water levels continued to decline at first until the implementation took effect. But, it also weeded out the folks how couldn’t survive the changes. Fallowing is a big concern and viewed as a certainty. Will this rise to the level of calamity? We’ll see. Committee member Dan Dreyer said he was thankful for the people around the table willing to step up and try to figure out a way to keep the state from making this worse than it is. He said that is the justification of establishing East Kaweah as a separate GSA – it is primarily permanent crops.

Another concern is establishing usage. Hagman said it doesn’t have to be meters. It could be evapotranspiration or satellite studies. But no matter how it is up to the GSA to figure out the cheapest way to implement SGMA. Outreach is another subject that will prove key to developing the data needed. And that’s a lot if data. It was suggested the outreach as it currently stands needs to include the fact no water budget has yet to be established. The next meeting will be September 18th. The meeting then adjourned.