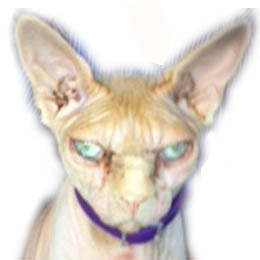 The date of April First means a lot of things. The annual SGMA report is due. The date has been chosen as the time marker for representing the average maximum snowpack in California. And it’s a reminder, only 15-shopping days until taxes are due. April 1st is also a holiday where folks pull silly pranks each other. That’s why I chose April 1st also known as April Fool’s Day, to release this missive on modern communication. It can be both silly and foolish.

While researching the origin of April Fool’s Day using the universal path of least resistance also known as Google or in my case DuckDuckGo I followed suggested links from some of the least trusted sources, in my opinion, to appear: MSN and The History Channel.

MSN buried its story in a portion of its page rife with click bait boxes. The titles included, “Florida Teacher Beaten and Hospitalized by 5-year Old”, “US to Send Unmanned Helicopters into Combat” and “New Theory Suggests Rob Kardashian’s Real Father is Kris Jenner’s Longtime Hairstylist.” I never found the story.

The History Channel set aside some time from rewriting the Bible and the study of ancient aliens to share with pinpoint accuracy April 1st, 1700 as the start of April Fool’s Day in the English speaking world. (I read Winston Churchill’s “History of the English Speaking People” and as I recall he neglected to include this tidbit, hmm.*) The History Channel also included citation information, I’m not making this up; Author – History.com Editors and list their own URL as a source. I guess they fact check themselves too.

Wikipedia, where the information is the freshest said April Fool’s Day may have come from the change in the calendar from Julian to Gregorian. The older Julian calendar had the new year begin on what ended up as April 1st and the Gregorian used January 1st to mark the start of the new year. Those unhip deplorables who didn’t get with the new January date were called April Fish in France. It’s like comedian Steve Martin said, “Those French. It’s like they have a different word for everything.” Wikipedia also added the practice of a day set aside for pranking isn’t exclusive to Western Culture. I haven’t explored my feelings as to why but it gives me comfort to know getting silly is truly a part of the human condition.

What does not give me comfort are dozens of calls per week wherein a computerized voice tells me this call is a courtesy since I haven’t responded to any of their nonexistent letters reminding me of my nonexistent automotive warranty. The other day I’d had enough and waited on the line past the computer voice part for a lady who certainly didn’t sound as though English was her mother tongue who asked me to verify the vehicle in question’s year, make and model. I replied and she told me her records didn’t show a 1932 Bearsquat Hooptyberg and asked if I had any other cars. I offered the nonexistent 2015 Toyota Corola and that got things revved up and rolling, pun intended, to the next leg of the conversation wherein her manager would come on the line if I would please hold. I did and  shortly a man came on. At this point I was ready to ride it out and keep him on the line for as long as I could waste both our time. I hesitate to tell you this but confession is good for the soul and the truth is I buckled under the temptation and somewhere early in our conversation I dropped words I wouldn’t use in Sunday School and expressed my pent up frustration over never being removed from their call list as promised if I pushed three. He hung up on me.

I get other calls besides nonexistent auto warranties. They show up as originating from a local number. You got to answer them, how do you know if it’s a client or potential client or not? I don’t so much mind the calls from live telemarketers with legitimate purpose and not a scam. In these cases I make an effort to be a little nicer. But I’m telling you, you’re too busy to call me and have a computer do it you’ve started on the wrong foot. And the scam calls, I’ve been on the National Do Not Disturb Call List for years. I don’t trust the government to do much good anymore. I’m old enough to remember party lines, busy signals, pay phones. Perhaps less immediate, on the spot communication would do us all some good. Unless of course I’m trying to get in touch with you right away.

Another relatively new form of updated communication is the email. I didn’t have to DuckDuckGo email’s origins because I’ve heard of cuneiform on clay tablets in ancient Samaria. If you recall Hammurabi’s Code it had a very eye for an eye, tooth for a tooth vibe going for it. If you built a house that collapsed on some poor family, guess what happened to your own poor family? If emails had existed under that legal framework I’d have a lot less malodorous messages in my inbox.

I have two email accounts. My personal account I try to reserve for form letters from politicians saying we’ll just have to agree to disagree or more commonly asking me for money even though I’ve never heard of them. That is one of the reasons I’m hesitant to make donations unless I know about the organization policy on sharing data. And most of those passing the OK test are local. Otherwise a onetime gift turns into dozens of solicitations from folks and organizations I’ve never heard of.

The other topics I reserve for my personal email are: products and/or processes to alter body parts I didn’t realize needed altering, inspiring messages that I must pass on to 10 others or else I’m a worthless human without any moral code, and of course the offspring of disposed African potentates who need my help moving millions of dollars out of their former country and their soulmates the attorneys from Europe who have linked me to the deceased as the sole heir of the fortune – just send $3,000 and they’ll start the transfer to my account immediately.

My other email address is my business account. I’m much more careful about the murk I allow that address to wade into and it’s paid off. Most or at least half of the messages I receive are business related. I do get a fair amount of phishing and not to be boastful but I think I can usually spot them and avoid being hooked. Of course there’s the please open the attached file from my old friend Bob or Joe with a return address ending in .ru which as I understand it means it came from Russia. Fortunately it’s easy to toss these kinds of messages in the junk draw and block the sender.

My business is a website and the overwhelming odds are if you’ve made it this far you’re reading this online. On my website there is a way for you to contact me and send a message. I love to get messages from readers. But I’m beginning to suspect some of my readers aren’t human. The problem is the emails come from my website to me. I can’t block messages from my own website. And these messages are coming from bots. Computer robot programs that surf the net finding contact fields to fill in and send messages to gum up any inbox.

Here are some examples from the trashcan full of bot generated emails I receive daily. I’m leaving off the links because I don’t trust any of this stuff.

I also get a lot of offers to send me articles that have absolutely nothing to do with ag irrigation in California, not that this piece does either but I can pivot to the topic at any time. See what I did there with the oblique reference to pivot irrigation?

Well, I guess this is all I have to say about modern communication. I was going to include a section on texting but I couldn’t think of an appropriate, non-vile cursed filled rant on multiple group texts and which circle of hell that vile practice belongs in, so I just left it out. Happy April Fool’s Day.

*If you haven’t read Churchill you really ought to give it a go.