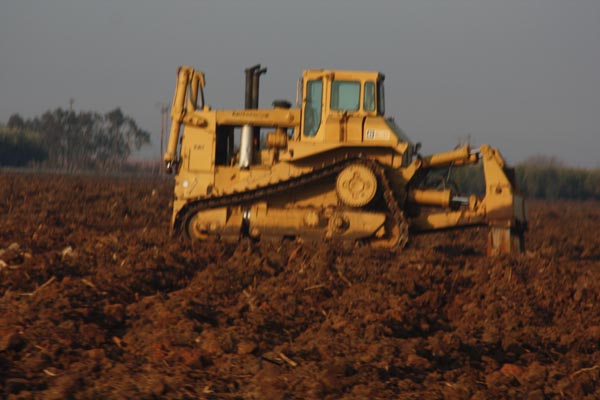 The Kaweah Delta Water Conservation District held its board of directors meeting on Monday, December 5, 2017. It froze last night and I wonder if that has anything to do with the lower attendance at this morning’s meeting. I don’t really think it was a hard freeze but I’m not a citrus grower. In any event there were a coupe of empty seats in the public section of the board room. Chairman Don Mills called the meeting to order at 9:00 am promptly; there were no public comments and the consent calendar was approved.

General Manager Mark Larsen announced on December 13th in Sacramento the California Water Commission will be hearing testimony regarding the Water Storage Investment Program funding from Prop One and a good turnout would be helpful. There is also an opportunity to speak with investors of Sites Reservoir project. Larsen said engineer Dennis Keller has been evaluating the benefits of Sites and this would be a good change to further one’s knowledge on the subject. Also, the Cultivate California program was mentioned. This is an excellent public outreach effort to help all of California realize the importance of agriculture. Mills asked the board if it would like to invest in this outreach and told the board the backers of Cultivate California have done their homework and the board agreed.

Water Supply was the next topic and there is no positive prophecies in the foreseeable future. However, historically wet falls usually equal dry winters. But it would be nice to start getting more snow and rain. Director Ron Clark pointed out there is at the very least a dusting on the higher peaks and runoff for November was 89 percent of normal. So all is not lost yet. The power plant on the Kaweah River is up and running again.

Director Chris Tantau reported on the recent Friant Water Authority two-day retreat at some location up on the mountain side in the Sierra Nevada Range. He said it rained during the time and there was a great deal of opportunity to learn and share between staff and the board. There will be a tour of the Delta pumping plants coming up later this month. FWA has released a press announcement about the increasing subsidence on the Friant Kern Canal. There are short term issues such as the complicated by the subsidence rates on a very long canal. There is also a seepage problem from some of the liner repair. Most of the FKC is lined. There are five bridges belonging to the various counties. Keller said the bridges are designed to withstand a vertical load from the top. Of course, there’s where the traffic roles. Putting a water flow up against the bridge in a horizontal push isn’t a good idea.

Getting a definite description of the problems along the route is most needed. Members along the canal have been creative in helping to mitigate for the problems and KDWCD could be in a good position to help by moving water around. Keller said the initial subsidence in the area most impacting the canal was not created by pumping groundwater; rather pumping oil. Something I didn’t know. He said there are also power lines along the canal subsiding at different rates. Tantau said FWA is looking at increasing its insurance. I asked if the pre-existing conditions could cause a problem but as it happens multi-million-dollar canal insurance is different from Obamacare. A risk assessment will be conducted and rates derived from those figures.

Larsen said there are now 11 seats reserved on the Temperance Flat MOU agreement. Each seat is $100k and half of them are individual entities and the five or six are combined investors.

Keller reported on the projects taking place in KDWCD. There are the Oakes Basin, Paregien Basin and the Hannah Ranch South projects. He spoke about cobble verses alluvial sites. Cobble sometimes requires pressure grouting and maybe even pilons to add stability to the infrastructure. He said think about it, smooth cobbles are like trying to build on ball bearings; which made sense to me. There is more than three million cubic yards of dirt that needs to be moved off site the Hannah Ranch and as it happens there are a couple of sites relatively close to the project where the landowners are interested in receiving the excavated material. You know those tractors with tires as tall as a grown man? That’s what is being used and it is being leased at this time. Since the project will take a few years it may be the better option to purchase the equipment. A Caterpillar 623 costs $25,000 per month to rent and a Case Quadtrac is costing $14,000 per month. Even the water trucks cost $5,000 per month. There are pros and cons to the Cat and the Case. The Cat knocks the heck out of you but it’s faster than the Case. The Case hauls twice as much of a load.

KDWCD has a grant agreement with DWR for this project but it expires in 2020. It’s not thought the excavation portion of the project can be completed until 2022. Larsen said you can’t begin the other infrastructure construction until the digging is done. He is hopeful DWR will allow an extension. A contractor might be the better option. Prevailing wage could make that cost prohibitive but without bids how would you know? Plus the district would have to hire more people. Keller said getting bids isn’t the only issue. Tier Four air quality equipment will be necessary under the CEQA permit. Whether the district purchases the new equipment or hires a contractor someone is buying the latest in air quality. There may be a possibility to team up with Tulare ID on the equipment. The board directed staff to continue researching the options.

The Greater Kaweah GSA has applied for $1.5 million in grant money for GSP preparation. The engineering firm GEI is slated to develop the coordination plan for the Kaweah Sub Basin. KDWCD has been shepherding the GKGSA and that has never been the long-term plan. Larsen presented the board with other options now that the GSA has some legs and is up and walking. Mills didn’t feel it would be responsible for Kaweah Delta to continue running the GSA. It has intermittently taxed Larsen and his staffs’ time. Another consideration is further down the road – does Kaweah Delta staff need to be wearing Kevlar vests should any enforcement be needed? However, there is office space available to house a GSA or sub basin wide staff of three. Mills said he doesn’t want to see KDWCD to take over the onus. Tantau pointed out however this may be resolved the person to take over the direction of the GSA will be the biggest deciding factor. There was no support from the board to have the district take over on a permanent basis. Keller said the heartburn is the strained relationships when it comes time to enforce SGMA. He said just getting the GSPs together will raise even more issues such as land planning issues for all kinds of entities. Director Brian Watte said he doe not want KDWCD to be the enforcer and the GKGSA needs to know this at the next meeting. Which is this coming Monday at the KDWCD headquarters at 1pm. Larsen threw in the idea that waiting too long for KDWCD to give up could cause a harsh transition.

District investments was the next item. Larsen said the investment opportunities have improved and the district is losing money by not investing. For instance; part of the money going to Hannah Ranch could be invested on a term that would generate the most extra money with liquidity and safety and timing to contribute the most to the district’s financial needs. He’ll be bringing back a strategy next month. Evidently Kaweah Delta invested in Enron at one time and is trying to avoid a similar outcome. Bitcoin was mentioned but rejected out of hand.

Larsen reported the Lake Kaweah Enlargement Project is on the Army Corps of Engineers’ consent calendar. Kaweah Delta has been waiting for years to get reimbursed for its expenses. There could be a check in the mail. Attorney Aubrey Mauritson had nothing to report and it turns out Larsen has been at Kaweah Delta for 15-years. Congratulations. The next get together will be January 2nd.