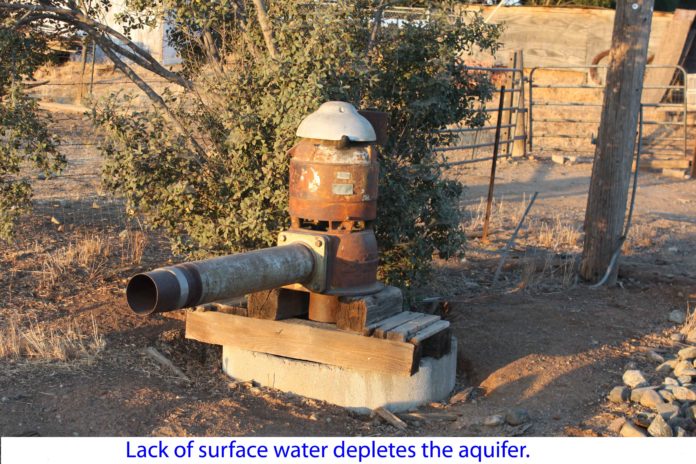 The Kings River East Groundwater Sustainability Agency held a special public hearing on Thursday, February 1, 2018 at the Dinuba City Counsel Chambers. Vice Chair Mary Fast called the meeting to order at 2:00 pm the posted time. We all pledged allegiance to our flag and if someone had conflict of interest they kept it to themselves. Neither of the County Supervisors were present and that’s not a criticism, they are busy men and while the spirit and letter of the law are being observed I don’t expect any controversy to arise from today’s hearing.

The KREGSA hired the Oakland based firm of Lechowicz + Tseng to conduct a study of how the GSA can fund itself. In it’s wisdom the California state legislature once again passed laws requiring regulation with no way to pay for it. Many of the GSAs have looked at holding a Prop 218 Election to fund themselves but there was also the Prop 26 option once the California Supreme Court ruled on the legality of doing so. The court ruled Prop 26 is a viable option and KREGSA pursued that method.

The public hearing is about initiating Prop 26. Staff read the official notice and attorney Lauren Layne explained how the deal works. There are 11 entities within the GSA; five of them are pumpers of significance. The other six are nominal pumpers who use very little groundwater. The nominal pumpers will be charged $3,250 and the other six entities will be charged $1.45 per a/f. There are some users of less than two-acre feet annually and they are exempt. The beauty of Prop 26 is it is a one-time fee, well in this case it runs for three years with the option of paying all three years upfront. The Prop 218 can run indefinitely. For the folks paying $1.45 per a/f the amount used will be determined either by meters or by standardized evapotranspiration rates. The amount of money raised will total $1.05 million to be used to develop the GSP.

Layne ended her presentation and there was one public comment from a gentleman with a five-acre parcel who sells boulders and he pointed out his inventory uses no water at all. He would of course be exempt. The board then passed a resolution adopting the terms outlined and that ended the meeting at 2:30 pm.

After the meeting Layne and General Manager Chad Wegley took a few minutes to answer some questions. As it turns out none of us have heard of another GSA adopting the Prop 26 funding method but there is a good deal of interest. Layne said this is a common method for municipalities. So KREGSA has set a precedent. It has some good points. As mentioned it only lasts three years, at least in this case. It doesn’t have the more expensive up front costs of a 218 election; engineer’s reports and elections expenses. It can be adopted by the agency board without a vote of all the constituents. Four Creeks Engineering and Dr. Ken Schmidt provided the technical evaluation the other determinations were based on. Maybe other GSAs will take a look at Prop 26 funding now that it’s been proven it can be done.