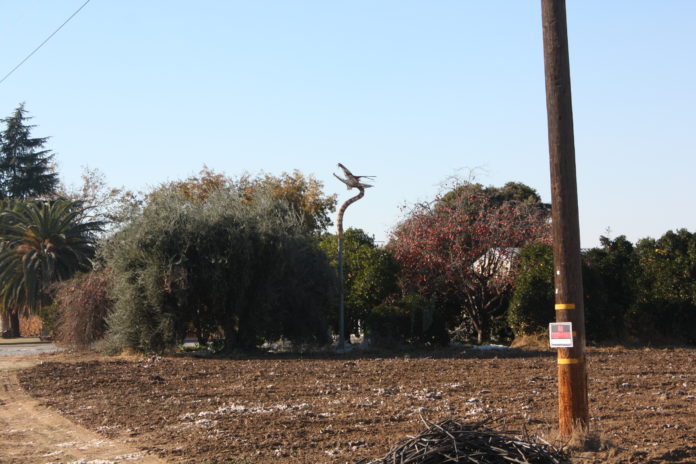 The North Kings GSA Advisory Committee met on Friday, January 8, 2021 remotely. Executive Director Kassy Chauhan told Chairman Scott Redelfs a quorum was present and the meeting was called to order at 1:30pm. Chauhan read the etiquette for making comments and interacting with the committee members during the meeting. The first action item was approval of the minutes and they were approved.

Provost & Pritchard’s Ron Samuelian gave a Kings Subbasin coordination update. This is always an informative report and shows how special districts are the last functional bastions of adult behaving leaders in California government. Samuelian said a Prop 68 grant request of $4.8 million is being submitted as this meeting is taking place. The grant is for the entire Kings Subbasin and there are four projects from three GSAs and they all directly benefit discombobulated communities. Two of the projects are in the NKGSA. Samuelian said grants are very competitive and expensive to secure so don’t count on them as a major source of funding.

The annual April report is being developed. P&P is videoing wells and monitoring wells. The coordination efforts include preparing rules and regs.

The next item was financial in nature and Lisa Koehn gave the report saying even after paying the attorneys there was money left over last month. There were bills paid for consulting and outreach. She said the Agency is doing well in staying within the budget. Fresno Irrigation District’s Adam Claes asked about the $70,000 retention for grants by DWR. Koehn said there is $21,000 coming from the state someday and Samuelian said the $70k may have to wait a while. He wasn’t sure how long the state will hold on to that bucket of cash. The board approved the reports.

Chauhan presented the board an update on the vacancy of NKGSA Board seat Number Seven. She said this is just a reminder to the committee the seat is still open. The seat was going to be filled at December’s meeting you may recall. The board decided to extend the nominating process until the 15th of the month and vote for and seat the new director at the January 28th meeting or the seat at the February meeting. Chauhan said some interests have been received and are being reviewed to ensure they are eligible candidates.

Getting a consensus for a new well review policy in NKGSA has been elusive. Chauhan said it’s vital for the GSA to know certain things about wells going in the area and it is important for the well owners to understand SGMA’s requirements. She said some of the permitting agencies, mostly the City and County of Fresno is my guess – have had heartburn over the language used in the draft policy. Chauhan said she was working on finding language

everyone can live with as late as last night. The policy review will be tabled until later as a clarification of review parameters are agreed upon. There will be a policy workgroup meeting on January 14th and hopefully an agreement can be reached. Brock Buche, City of Fresno moved to table the item and expressed thanks for the extra time. That’s good.

Chauhan gave her report saying she was happy to be here for the new year and it gives one a chance to consider what took place last year and what to expect and work toward this year. She said finishing the GSP and getting a full coordination agreement in the subbasin were two very big deals. Outreach efforts and grant awards have been successful. Chauhan took the XO slot last February, so almost a year, good for her. She said getting the monitoring network and well inspection program up and running has been a 2020 highlight.

Stakeholder engagement despite the China Virus, I’m sorry the Commie Virus has been moving forward as has joint outreach efforts with Self Help Enterprises and the Kings River Conservation Districts amongst others. She thanked Fresno County’s Glen Allen for helping develop a process for the GSA to get new well information.

Looking forward Chauhan said there are plans to finalize the member agency overdraft responsibilities. There is a boundary flow study and getting info on monitoring wells. This could be tricky if the weather continues on its current dry pace. If there isn’t a bountiful snowpack to supply surface water there will be more pumping and that will reduce the ability to gather resting data on the monitoring wells.

There will be continued outreach and stakeholder engagement, policy review and more coordination with DWR on review of the GSP. That’ll keep you busy. Finding funding sources and the proper project fit will continue. Seeing as how a GSA is another form of local government Chauhan will continue engagement with elected officials and policy makers. This includes as needed talks with the NKGSA board to be sure everyone is on the same page. She said 2021 will be a year for filling data gaps. Claes thanks Chauhan for putting that information together. She said if anyone has other tips and suggestions to please pass them along.

Next was the Prop 68 grant update. Chauhan said with the holidays and the short deadlines she wanted to thank Samuelian his team at P&P for working so hard. The grant game will continue to be competitive but she wants member agencies to continue to submit projects. Samuelian said the grant award will last into May. Also, FID was the applicant for this grant because it allowed an established entity to apply for the entire Kings Subbasin.

Chauhan has been meeting with the member agencies about overdraft mitigation responsibilities and she hopes to have this wrapped up by this May. An outreach brochure has been designed to connect with Hmong farmers and another one for domestic wells. She has also been meeting with the very inclusive group that formed from the Stanford meeting hosted by Tim Quinn. She said it has been very engaging so far and the interests are far ranging. And Chauhan showed a photo of a downhole well image. Not much to see but I

imagine the original image is easier to recognize conditions. The flying magnet survey was completed and there will be a release of findings later this month. She said she attended a San Joaquin Valley Water Blueprint technical committee meeting and the results are much awaited by that group. Chauhan has also been selected to be on the DWR well standards update committee. That’s a big deal so good for her.

There weren’t any public comments and committee members had no comments either. So the next meeting is February 12th and the meeting adjourned.