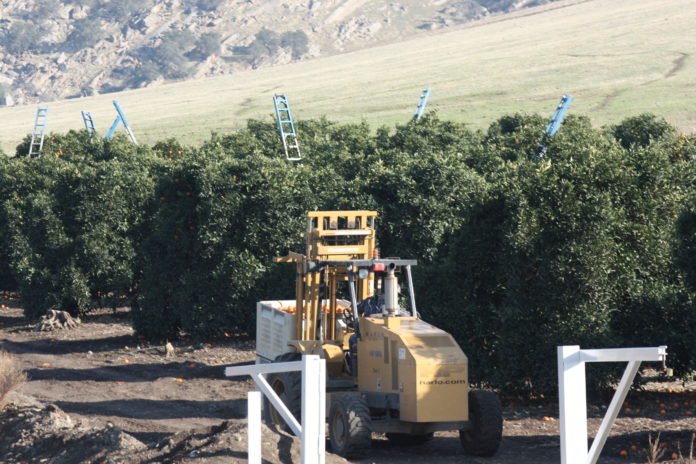 The North Kings Groundwater Sustainability Agency Advisory Committee met on Friday, July 10, 2020. This committee used to meet at the City of Clovis’ Police Department. Now it’s remote on GotoMeeting. Committee Chairman Scott Redelfs welcomed everyone at 1:30pm and NKGSA Executive Officer Kassy Chauhan announced there were no requests for written or verbal comments to be included – so there goes the public comment section. Sometimes they can be fun. Chauhan called roll and there was a quorum. Someone needed to mute their mic because it sounded like an anteater was snuffling around in the background. That soon went away and things got down to business.

Redelfs asked for approval of the minutes. Tim Bakman of Bakman Water Company moved to approved and there was a second by Nick Keller of Garfield WD and Chauhan took a roll call vote. The minutes were approved.

Provost & Pritchard Engineering’s Ron Samuelian gave a basin coordination update saying comments have been received on the Groundwater Sustainability Plan. More data is coming in to help update the annual reports. He said there is a meeting coming up with Fresno County and other groups coming up. He said there will be a towed array, magnetic sensor to prob the mysteries of the underground for the Kings Sub Basin’s east side. A helicopter will soon be flying around gathering data. This has been done at the Tulare Irrigation District and has proven very helpful. Someone else is paying for it too, so good deal.

Chauhan gave the financial report because Lisa Koehn wasn’t available today. She started with the 2019-2020 budget revision and all seemed in order. The 2020-2021 proposed budget and cost share approval will also be on topic soon.

Chauhan then gave her XO report saying there were nine comments received from the NKGSP. Not a lot but some of them were 40-pages long and one had hundreds of pages of attachments. She said the acid test for this was to determine if the GSP would have to be changed based on the comments. The various types of comments were categorized and sorted. Some of the GSP authors met earlier this week; Koehn, Adam Claes, Ron Samuelian, Sue Ruiz and Shay Bakman have been involved since the beginning and this was small enough and big enough to sort through everything without getting in each other’s way. Chauhan said the goal was to find where the GSP addressed the comments, not to make comments on the comments

resulting in a never ending loop. The California Department of Water Resources has the comments that count. DWR has two years to review and comment on the GSP. Chauhan said the take away from this comment review is the realization of more public education needed. There are a good deal of misconceptions and misunderstandings displayed in the comments. This comment letters are available online. She said the comments closely reflected what were earlier submitted. There were no comments from landowners within the GSA. She said there is good contact on social media driving visits to the GSA’s website.

The representative monitoring network is going well although it is a lot of work. Fresno Irrigation District has been sharing some resources. There is still a good deal of data needed, even from the monitoring wells FID has been using. There has been video monitoring and some of it has been done without having to remove the pump off the well. P&P has been contracted to do much of the construction data gathering for the network. It is a bit slow but thorough process and should be completed by the end of September.

Chauhan said she’ll be participating in training for the State Water Board staff regarding drinking water this coming August. This will give the regulatory agencies a look at what’s really happening. She also said there is work going on to revise the well drilling process with the county. The Fresno County well drilling application developed by the Department of Health will include providing notice to all the GSAs within the County. Well drillers will have to be contacted and brought up to speed. The County wants the drillers to understand there will be more of a timeline. There will also be more discussion on policy with the county. She also added the helicopter flyover is originating from Stanford University with the bulk of funding coming from the school’s resources. There are ways for interested parties to contribute funds in exchange for specific data collected.

Workgroups were formed to allow members of the public to get involved and gather more resources. This is going to be discussed at the next meeting if I understood. There were not requests for public commits. But advisory committee members were invited to comment and they also remained mute. However, Redelfs asked if the NKGSA board should meet since there is only one item and that is approval of the minutes.

required then don’t hold a meeting. Redelfs said he doesn’t believe in having meetings for sake of meetings and he proposed advising the board to put off the July meeting. There was a good deal of agreeable input and attorney Kevin Dale said since this topic was agendized anyway staff direction would be sufficient.

There was then a motion to adjourn and everyone hung up their phones. That was that.