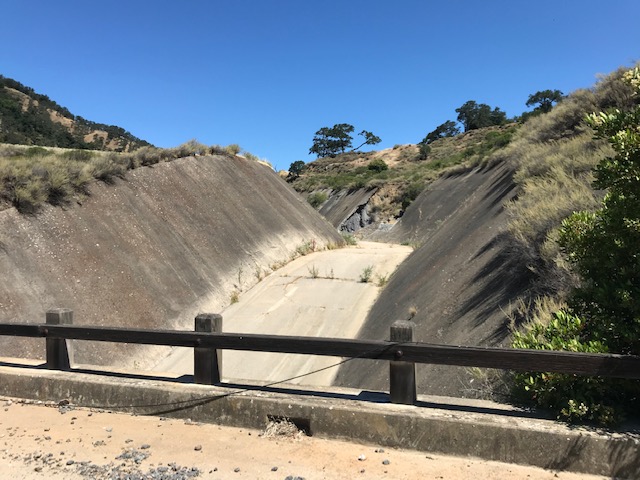 The San Luis Delta Mendota Water Authority held its board of directors meeting on Thursday, February 6, 2020 at its Los Banos headquarters. Chairman Cannon Michael called the meeting to order at 9:30am and we saluted the flag. The unifying symbol of our nation. After that we conducted self-introductions and there was an opportunity for public comment. My comment was – after attending these meetings for well more than a decade this was the first one that hasn’t been packed to the gills. There were a dozen open seats for the public.

Michael pointed out how much work has been completed on getting all the auditing caught up. He wanted Joyce Machado and her team to be recognized for their work. Machado spoke and said thanks to the board members on the finance committee. This was Machado’s first year as SLDM’s Director of Finance. She then thanked the staff members who helped and was grateful for the support of everyone. It was a classy thank you; good for you Joyce.

Michael had the opportunity to welcome Dan Errotabere as the new Director from Westlands Water District. William Bourdeau is still a Westlands director. Errotabere has replaced Don Peracchi after Peracchi’s many years on the SLDM board. Errotabere was on the SLDM board before and also President of Westlands at one time. He already pretty much knows what he’s doing. Good for him.

I may have been lax in mentioning the ever charming, wise and graceful Frances Mizuno will be retiring in March. I thought she was retiring earlier. In any event Pablo Arroyave is now the Chief Operating Officer. Good for him too. The consent calendar was also approved.

Under Action Items the board approved the prioritization of OM&R revenues. This included some consultation by phone with a bond counsel whose name I didn’t catch but he sounded pretty cool. He reminded the board there are many attorneys and financial advisors ready to help them for a most likely very high fee.

Arroyave presented the board with recommendations for fiscal year 2021 O&M water rates. While the US Bureau of Reclamation has not yet issued final allocations of water supplies it is possible to get some idea of what it will cost to run things. The board approved. The board also authorized changing the signature card at Central Valley Community Bank to include Arroyave.

Get ready for some initials. J. Scott Petersen was able to report the Delta Mendota Sub Basin’s GSA was able to get its GSP submitted to DWR on time. They went out and celebrated by forming a new JPA. Attorney Becca Akroyd explained the new JPA will allow more flexibility for directors and management to attend. The board approved. Petersen also asked for additional funding of $265,000 for the GSA to spend willy-nilly, not really. The money will go toward further studies and engineering work. The board agreed this was a good idea.

Again Petersen spoke informing the board Governor Gavin Newsom released an op-ed on the Voluntary Agreements and the State Water Resilience Portfolio. There is additional documentation of a more formal proposal from the state regarding the VAs. Michael said there is also an interview on the PPIC website where water was discussed early on and worth viewing. He said he wasn’t expecting some of the comments made by Newsom. Director Bill Diedrich said he has the six minute clip and California Farm Water Coalition’s Mike Wade said the clip is also on his website. Petersen spoke about federal legislation to fund subsidence repairs. Bourdeau was one of the folks providing testimony before congress. He shared a video with me and good Lord willing I’ll figure out how to post that on this website. Barajas said he received an update from the USBR regarding raising San Luis Dam.

Exchange Contractor GM Chris White spoke on the Del Puerto Canyon Reservoir project and received $1.5 million for a feasibility study from the WINN Act. White said there have been concerns from citizens of Patterson, California about safety downstream of the dam. There was a town hall meeting and he said there was good dialog. White said he has found the

process really interesting and is ready to build two more dams. Anthea Hansen, GM Del Puerto WD, also a partner on the project, said White can build all the dams he likes she’s ready to spend some time on the beach in Mexico without her cell phone.  Garth Hall of Santa Clara Valley WD gave an update on the Pacheco Reservoir saying almost all the property owners have been cooperative and things are moving forward on schedule.

Mizuno was still here and gave an update on the power transmission line upgrade. I didn’t understand it.

Barajas gave his report and said SLDM is upgrading its USBR contract and was very grateful to Mizuno and Ackroyd’s help. This is semi-infamous contract conversion the press is all combobulated about. There is Bureau funding for two more pumps on the Delta Mendota Canal/California Aqueduct intertie pumps. The facility was constructed for six pumps but only four have been installed so far. This is a great boost to helping the subsidence issues along both conveyance systems. Barajas called it a great success for this fiscal year. He said this is part one of dealing with subsidence. For a year SLDM has been working with the Bureau on defining the subsidence problem on the DMC and fix. This isn’t a fix but it is a good mitigation in the ever-present face of drought. Everything is ready, the wiring and plumbing; all it needs are the pumps. Right now the DMC is only able to convey 85 percent of its design capacity which interferes with pumping at the Jones plant. The intertie working at full capacity will be very helpful in the short term. The cost is $5 million and will be added to the current intertie payback rate. Hansen asked how might impact the contract conversions. Nobody seemed overly nervous about this but Barajas said he’ll look into it.

Barajas also said SLDM will be offering ethics training. He said if any directors are taking advantage of their home board’s ethics training they just need to let the SLDM know and they won’t bug then about it. Also, very important – Next month there will be a luncheon honoring Mizuno in Tracy.

Director Rick Gilmore of Byron Bethany ID gave an update on the State Federal Contractors Water Authority as it slowly shuts down like a dying star in a far away galaxy. Wade gave updates on all manner of activities he’s involved in. I think the big story here is how busy can one man be? Answer: very. He’s working on putting out media coverage for many different water related causes. The San Joaquin Valley Water Blueprint, the CFWA, a group preparing to coordinate information should there be a

drought. He recently helped lead a group of Australians through a tour of the area that included the Jones Pumping Plant in Tracy. Arroyave said tours of the plant are welcome but should there be international participants plan early as there needs to be USBR approval. Wade said the Australians issued a stern warning to not do what they did with water rights and marketing. Michael said he was pleased to see Wade on the Blueprint. Full disclosure I’m also on the outreach committee and I’m also pleased to have Wade’s adult supervision.

Diedrich reported on ACWA matters saying the ag committee – he was instrumental in getting this committee up and running – will be able to get some momentum with the full ACWA board. He’s now on the executive committee which made everyone in the room happy. Good for him.

Michael said the Temperance Flat Dam project has the SJV Water Infrastructure Authority which SLDM has been involved in. SLDM will be shifting its resources to the SJV Water Blueprint but will keep an eye on re-engaging with the SJVWIA should it prove beneficial. That’s not exactly how he said that. White is on the job with the SJVWIA so it’s not going to be orphaned.

Arroyave gave the water report usually given by Tom Boardman. Boardman left SLDM for Westlands but has been still been giving the reports until now. I don’t know if Boardman is coming back or not. Anyway, Arroyave said the Bureau wants more than four million a/f in Shasta to remain in the least restrictive temperature management position. Arroyave warned there is the chance of being back in the drought cycle again. I would be more than surprised if anyone in the room ever allows that knowledge to move far from their conscience. But it was good to hear Arroyave give it straight.  December was an OK month but the rest of the water year has so far been lack luster. Bourdeau said it is short sighted of water management to come off such a wet time without better planning. One of the most common comments I hear is the inability to plan when the goal is in constant change. Perhaps the new biops will stick and things will settle down.

Grasslands WD GM Rick Ortiz was put on the spot by Michael as his district won a national award from Ducks Unlimited. Good for him. The meeting then went into closed session.

DISCLAIMER OF RESPONSIBILITY; Waterwrights strives to provide his clients with the most complete, up-to-date, and accurate information available. Nevertheless, Waterwrights does not serve as a guarantor of the accuracy or completeness of the information provided, and specifically disclaims any and all responsibility for information that is not accurate, up-to-date, or complete.  Waterwrights’ clients therefore rely on the accuracy, completeness and timeliness of information from DAW entirely at their own risk. The opinions expressed in this report are those of the author and do not represent any advertisers or third