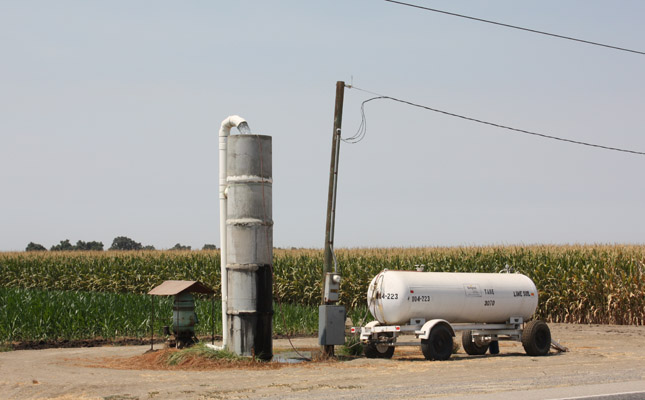 The South Valley Water Association met at the Lower Tule River Irrigation District headquarters on Monday, March 19, 2018. I almost ran out of gas with about three miles or more of closed off-ramps on High Way 99 between Goshen and Caldwell Avenue. So I was a bit late to hear all of the pitch made by Warren Gubler, a local attorney running for the 26th Assembly district seat, currently held by Devon Mathis. But, Gubler stuck around to hear the rest of the meeting. SVWA is a good meeting to go to – I always learn something.

The talk turned immediately from politics to policy. Eric Limas, General Manager Lower Tule River Irrigation District was at a recent Friant Canal O&M meeting were the subject of restoring the Friant Kern Canal. The FKC has lost capacity due to subsidence south of Porterville – so there are a lot of questions about how to fix this. Eric Quinley, GM Delano Earlimart ID explained further a former US Bureau of Reclamation engineer Alan Stroppini is now on board with the Friant Water Authority to help with this problem. Quinley spoke about the funding from the Meral Bond being $750 million should it pass. This money would be dedicated to fixing the FKC. The area targeted for repairs isn’t the only place on the canal dealing with subsidence and the California Aqueduct and the Delta Mendota Canals are also impacted. Some proposals include raising the liner, putting in a pump facility and piping. SVWA Executive Officer Dan Vink asked if the canal could be brought back partially. Director Joe Fierro said he was concerned about spending too much money if there won’t be the supplies to justify the costs. A valid point and it was also asked how SGMA will impact the rate of subsidence. Vink summed it up by saying the cost benefit ratio for the various plans factored in needs to be established to give a better idea of what coarse to follow. The areas impacted most are the white areas.

The Temperance Flat process was next. Vink asked what’s up with the MOU. Limas said the consultants have been working to update the California Water Commission applications. I’d swear I heard Vink say the SVWA is a member of the MOU. Limas said there needs to be some changes to the MOU to allow more members. He said the conversations have been a little awkward with the Exchange Contractors and other west side interests want changes and the original Friant contractors have to come together on this. The model has yet to be presented in draft form but it is in development. Limas said the current MOU has a lot of protection of Friant’s water rights and with the possibility of the Exchange Contractors having San Joaquin River water called on by the Bureau that is a big deal. Vink said he’s working on nailing down the potential threats of non-Friant members such as Ex Con, Westlands WD and a subset of San Luis Delta Mendota members. If the CWC application bellies up Quinley opined the modeling would go ahead and the project wouldn’t die. There is a proposal for three water accounts for surplus water: proportionally the East side would get 550,000 a/f, Refuges 50,000 a/f and the Westside would get 550,000 a/f. That’s the break down. The meeting then went into closed session with attorney Alex Peltzer for two items; both potential litigation. So, at least they’re not in litigation.