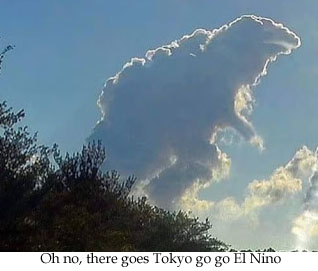 The State Water Resources Control Board held a staff led workshop concerning petitions on the Eastern San Joaquin Agricultural General Waste Discharge Requirements on Monday, November 27, 2017 at the Clovis Veterans Memorial District’s beautiful facilities in downtown Clovis. I’m guessing about 200 or more folks showed up for the event. I was surprised because I usually know someone at these events but today the only person I recognized was the Central Valley Regional Water Quality Board Chairman Dr. Karl Longley. However, there were a couple of other gentlemen wearing a cowboy hat so I didn’t feel so all alone and a few other folks I know did show up. But it wasn’t the usual crowd. There were a lot more small farmers in attendance than I usually encounter.

Darrin Polhemus, as staffer from the State Board started things at 10:18 am saying there will be a December 6th State Board hearing for public comments. There was also a lady at the front table with Polhemus who was identified as an attorney named Mel*I believe. There were no documents supplied such as overviews or agendas.

Mel began by explaining the State Board’s involvement in a Regional Board matter. In 2013 the State Board received petitions asking it to get its nose and nuts right in the middle of things by claiming there is a problem with ag’s use of nitrogen. The ESJ WDR will be precedent setting. The Central Coast WDR were also getting established about this time. Polhemus said there was also legislation passed directing UC Davis to study nitrates in groundwater in Tulare County and the Salinas Valley. Mel said in February of 2016 the State Board issued a proposed order and that led to some meetings with one of the State Board members – don’t know which one – where in Mel’s words “Environmental Justice” interests and agricultural interest met to try to work out some compromises.  Anytime I see prefixes attached to the word justice it screams special interest and a cheap out. Justice is justice. Adding one’s desires to the concept is Orwellian. As an example; Water Reporting Justice, what does that mean? I get to identify what it means because I’m the one by implication denied justice and at this point the word’s meaning must be modified to include my particular grievance. He who successfully modifies wins.

Mel talked about the precedential nature of the order. Once adopted this will be on the back of ag. At first staff proposed uniform reporting requirements in high and low vulnerability areas, reporting of nitrogen applied and nitrogen removed values and field level data report to the Regional Board. Comments lead the government to include drinking water into the ag mix. Growers should be made to sample drinking water wells for a larger suite of constituents and forced to provide preplacement water as needed. Mel said the enviros wanted the growers to provide much more specificity in its reports.

Just as the topic as about to turn to analysist a member of the audience asked for Mel to speak into the mic and she did so. That was very helpful as was dimming the lights, so we could see what was on the overhead projection. At this time State Board Member Tam Duduc showed up at 10:45am. Polhemus said putting the onus of the drinking water on growers was a significant change. He said the labs doing the testing will submit the test results directly to the state. This is a cost reduction as it saves the growers from having to report the results. The low vulnerability areas deadlines have been extended to help defray costs. Surface Receiving Water Monitoring, said Polhemus has been something other areas have learned to live with. He said the problem with the desire to have more monitoring data and the cost and time needed to monitor is in tension with each other. He said there is a potential need to reassess this part of the order but he didn’t know how. He said the Regional Board has asked an expert panel to review this and provide advice. Drinking well monitoring commences in 2019 if there is no legislation in place to alter this. Three annual samples will be required with the results reported by labs directly to GeoTracker**. If there are violations of standards the growers will have to notify well users.

The audience had some questions and it was discovered the reporting of drinking water isn’t required three times annually but once a year for three years. Another concern was the type of lab qualified to analysis the water as there are different types of labs. Not sure what will come of that as some categories of labs are more expensive than others. A lady asked about privacy. Well logs are publicly available due to legislation. Under the current language water quality of private wells will be made public and that is of concern. One man asked what the state will do if he finds out his water has nitrates and he was told nothing. This is a “self-informational” reporting program and as long as one isn’t drinking it or cooking with it no one is required to treat the water. Another question was how big or small a land area falls under this. Polhemus said there may be legislation requiring all landowners to test. A grower said he has 33 wells and why should he have to test all the wells but his neighbor with one acre doesn’t, even though it’s the same water. Polhemus explained Geotracker as a database the state maintains.

I had some questions about the unintended consequences of this order. Maybe I’m wrong but it looks as though there is the danger the state could be gathering data for future retroactive action against landowners. Two or three years down the road if it is found these unintended consequences are too great what remedies are available to alter the order? I’m not sure.

Polhemus answered some questions saying, these are comments that need to be expressed at the State Board hearing. He said, if I understood correctly, there is nothing to prevent harassment of property owners; but one has to weigh out the benefits and problems with releasing information. Mel said it is acknowledged there are legacy issues with nitrates that will be taken into account. There were others expressing a great deal of concern regarding the (what I would call the 100 percent guaranteed some form of negative unintended consequences) state’s future actions.

One comment was the procedure is potentially unending with expert panel after hearing after public comment altering the findings. This makes doing business difficult. Non-ag producers use a great deal of nitrogen on their one to five-acre ranchettes which are often adjacent to the highly regulated ag producers. Is that taken in account? Smaller farming operations have longer timelines to meet the requirements. There were many other comments, questions and answers.

I spoke briefly with a person with much more experience and expertise on this subject than myself. I was told as staff, Polhemus and Mel don’t have the authority to give binding answers to questions. So, I’m left to believe today’s hearing did two things: hopefully it will spur people to speak up at the State Board meeting next month. It gave the bureaucrats a heads up.

It was nice to attend a meeting without an agenda, a meeting where bureaucrats were pretty upfront about the incompleteness of their tasks and a meeting located within less than a half hours drive from my place.

ALL RIGHTS RESERVED.  Copyright Ó 2017 by Don A. Wright   No part of this publication may be reproduced, stored in a retrieval system, or transmitted in any form or by any means, electronic, mechanical, photocopying, recording, or otherwise, without the prior written permission of DAW.

*The folks at the front table had small name plates and I didn’t want to walk up in front of everyone to read them. I enjoy making fun of elected officials and bureaucrats but I’m trying to be respectful here. I hope to find out who Mel is and pass that on.

“Geotracker” is the State Board’s Internet-accessible database system used by the State Board, regional boards, and local agencies to track and archive compliance data from authorized or unauthorized discharges of waste to land, or unauthorized releases of hazardous substances from underground storage tanks. This system consists of a relational database, on-line compliance reporting features, a geographical information system (GIS) interface and other features that are utilized by the State Board, regional boards, local agencies, regulated industry and the public to input, manage, or access compliance and regulatory tracking data. Geotracker was initially known as the Geographical Environmental Information Management System (GEIMS) database.
GeoTracker was initially developed in 2000 pursuant to a mandate by the California State Legislature (AB 592, SB 1189) to investigate the feasibility of establishing a statewide GIS for LUST sites. In its pilot phase, Geotracker assembled public drinking water well and LUST data from two study areas, Santa Clara and Santa Monica. Now, Geotracker includes data for non-UST cleanup cases in addition to LUST cases. This makes it an important resource to both regulators and the public.
All of the information formerly contained in the LUSTIS database now resides in the Geotracker database
GeoTracker is an online database that (1) provides access to statewide environmental data and (2) tracks regulatory data for the following types of sites:

The tools built into Geotracker can quickly identify and display the number of public drinking water wells within various distances of LUFT sites. Due to the security concerns, these tools are not currently available to the public. Further, a set of on-line tools allows the user to integrate well specific and contaminant site specific information and facilitates the analysis of various aspects of vulnerability. In other words, Geotracker gives users the ability to assess potential threats to drinking water sources.