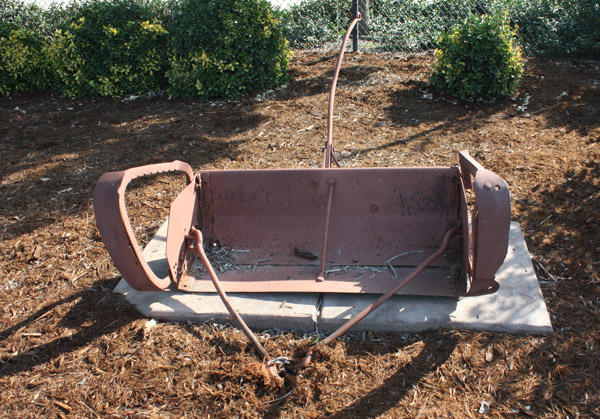 The Tulare Irrigation District held its board of directors meeting on Tuesday, March 13, 2018 at its Tulare headquarters. It’s a good day. This is the first TID meeting with its new General Manager Aaron Fukuda. I’m sorry I didn’t get here early enough to witness the ceremony wherein staff knelt and kissed his ring.  There was a quorum but directors Scott Rogers and Dave Martin weren’t in their seats facing forward when Chairman David Bixler called the meeting to order at 9:00 am. Under public comment I made a dumb remark and Director Rick Borges invited everyone to the Friant Water Authority annual meeting fiesta on March 27th in Fresno. I’m looking forward to that shindig.

Water Master Marco Crenshaw gave his report and said there was a 17-day run in February and there was a unusually high sales, so that was good. The snow water content on the Kaweah and San Joaquin River watersheds were determined before the recent storms so the dismal numbers should be improving considerably. But it’s still a long ways to go to get to the average. There is some rain forecast so there’s hope for a better allocation than under 50 percent before it’s all over.

The Terminus Hydropower situation was the next topic. The #2 Unit is costing close to $1 million to repair and refurbish. The Kaweah River Power Authority voted last month to halt work on Unit #2 and the hope is to make up for the lose of power and the cost of repairs off of Unit #1. Fukuda said there idea of running Unit #2 until it comes apart at the seems and abandoning it after squeezing every penny. He also said Kaweah Delta WCD enjoys the revenue from the power produced. The contractors Nline and HDR are providing enviro and permitting. They’d like to mothball Unit #1 and repair Unit #2.

Crenshaw gave the Spring 2018 Depth to Groundwater report. He said the recharge migrates towards the City of Tulare. The average last year was 164 feet and this year it’s 145 feet. That was that.

Superintendent Wayne Fox gave the O&M report saying crews have started grading and spraying for weed control. The mowing is finished and the big project has been cleaning up trash from racks and screens. There is a problem with homeless encampments in some areas. There is a ditch south of the HQ falling apart and Fox explained the repair process of bringing in material and compacting it. Fox said all the system should be operational by summer.

Controller Kathi Artis gave the treasurer’s report and the financial matters are in order. The board voted to pay its bills. Borges asked about the member dues account. They were over budget but ACWA is a big, one time payment that would boost the budget comparison up early in the year.

Jeff Meyer, Principal Hydrologist of Montgomery & Associates, Tucson, Arizona gave a presentation of its Recharge Capacity Assessment. Twelve primary basins were considered that totaled a little over 1,000 acres which Meyer said was slightly lower than TID’s estimate but close. There is also about 300 miles of unlined ditches contributing to recharge. Pumping exceeds recharge by annual 20,000 a/f average. So, TID can add more basins or improve existing basins. Improving the basins already here is cheaper. There is also on farm recharge and even injections wells can be used. The critical questions are: what is the current district recharge capacity? How much additional capacity is needed to meet replenishment goals? And, can existing recharge capacity be feasibly increased to meet replenishment goals? I suspect a lot of this can be deal with by throwing money at it. But that’s not why the investigation was conducted; as Meyer explained. The basins were prioritized and the cells were inspected with trenching and boring. The soil types were split into five categories ranging from greater than three a/f per day to less than .04 a/f per day infiltration capacity. One basin examined showed the top five feet on the clay side. If that were excavated the soil below was very permeable but there was a clay layer deeper. It may not help that much to work on this basin but there was one basin where it would help a great deal. Then there was a basin where it appears only portions of the cells need digging and would increase the recharge. This raises the next set of questions: what’s it cost and is it worth it? The cost for three targeted basins to move the dirt ran to more than $1 million but the cost benefit ranged from $172,000 to $330,000 per 1,000 a/f. In the long run it would pay off.

Meyer looked at vadose zone and direct injections wells. It will take many wells and they are subject to sediment clogging. He didn’t sound sold on the idea but liked how there could be injection below the Corcoran Clay layer. Thanks to the wet 2017 seven basins were tested for operational infiltration testing. Several falling head tests were conducted. Basins were filled and inflow cut off so recharge could be measured. The tests evaluated the entire basin and can’t take soil types across the cells. The best of the sites barely recharged half an a/f per day. He did say since the source of the water was flood releases the sediment rate was higher.

The bottom line was TID maximized the system, filled it up to the brim for seven months and it was metered for the most part so the total recharge was 185,000 a/f of recharge. The unlined irrigation ditches provided 42,000 a/f of the total. Meyer said the ditches are long, narrow recharge basins. His assessment is TID already has capacity of more than 450 cfs and that is a lot of water. If I understood correctly it would take a very wet year or new water sources to exceed this conveyance capacity. But there is room for more recharge capacity. He recommends more evaluations of the various moving parts. He would like to know how much of the water is moving below the C Clay layer and how much is being pumped from below that layer. There is a scenario that could actually increase the danger of subsidence. Also, it looks like the north east part of the district is the best place to recharge but also the most expensive ground. There are other areas worthy of investigating. There are sandy pockets in the areas you can’t hardly fill up. Of course fallowing reduces demand and that’s one way to reduce overdraft – by not pumping in the first place. Flood irrigation is another way to increase recharge.

Fukuda gave a Mid Kaweah GSA update. For the moment former TID GM Paul Hendrix and Fukuda are serving on the technical advisory committee and that will change. Hendrix is now the GM of the MKGSA. Fukuda said Stanford University and DWR have offered to help pay the cost of SkyTEM* to fly over the Kaweah Sub Basin for $475,000. This is magnetic imaging of the subsurface up to 1,500 feet deep. DWR and Stanford would pay $300,000 leaving the GSAs and other entities in the basin $175,000 in costs. TID would probably shell out $35,000 for its share. It’s very useful data and would help ground truth the modeling. However, this information won’t be likely to compiled in time for the 2020 GSP deadline but will prove an advantage in any updates. Hendrix said since TID has already had a SkyTEM flight and the two cities – Visalia and Tulare can’t participate (the magnet doesn’t work in urban areas) – the Mid Kaweah should have to pay anything. Or at least a lower cost.

The SGMA update continued with Fukuda showing the four options of accounting for water recharged from natural and man-made channels. Let’s say you have two GSAs in a sub basin it could be that all channel lose is divided pro rata between all the GSAs. That was the common method. Next method, footprint, is for the actual loses be accounted to the GSA it’s lost in. The Distributed Method has all, natural stream loss shared pro rata and the man-made channel loss accrues to whoever paid for the water. And the Ownership method assigns both natural and man-made loss to the appropriator. For this sub basin the imported CVP water would be assigned to the water contract holder/user. The attorneys are looking at the legality of the different methods. Fukuda expects a decision will have to be made within two to four months. There is the possibility of taking parts from each method and setting up agreements in advance. There should be a spread sheet programmer somewhere hearing the sound of old fashioned cash register bells. Fukuda said regardless of which method or combo the Mid Kaweah support is the method that achieves the largest groundwater benefit to the MKGSA. As Hendrix pointed out the GSPs will have to have this agreement in place across the sub basin to be viable. Crenshaw said even in the wettest years there is probably only a 10-percent channel loss in the rivers. Borges said even before the attorney gets through this it will be in air quality confusion territory.

ALL RIGHTS RESERVED.  Copyright 2018 by Don A. Wright   No part of this publication may be reproduced, stored in a retrieval system, or transmitted in any form or by any means, electronic, mechanical, photocopying, recording, or otherwise, without the prior written permission of DAW.  *SkyTEM is a magnet hanging from a helicopter. There is also TowTEM when the magnet is towed behind a tractor.