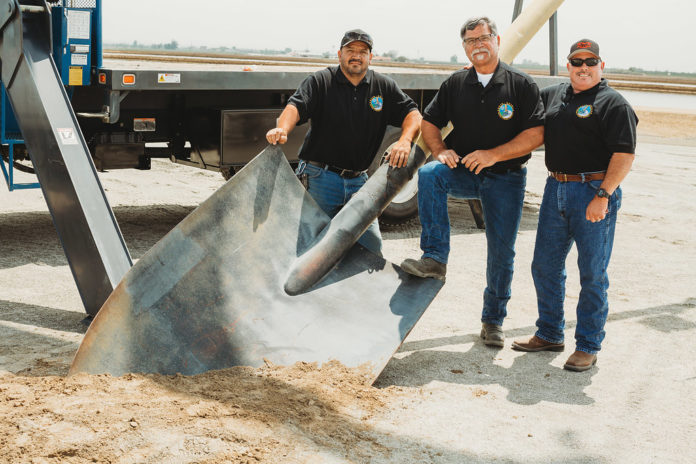 The Arvin Edison Water Storage District held its 75th Anniversary celebration on Tuesday, May 1, 2018 at its North Side Spreading ponds. AEWSD President Edwin Camp began the two-hour event with a prayer at 11:00 am. Camp’s prayer and presence set the tone for the day. In addition to his board presidency Camp brought a family legacy that has influenced the entire San Joaquin Valley. In response to the boll weevil infestation in the southern states during World War I the government sent Camp’s grandfather to the Valley to grow the cotton used in war material manufacturing. The event was well attended: dignitaries, local growers, curio 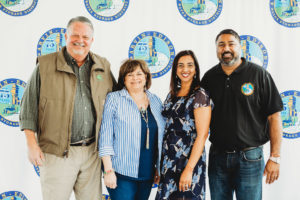 sity seekers such as myself out ventured under steel gray clouds and perfect, cool but not cold temperatures to see and hear, amongst other things, what is perhaps the world’s largest shovel.

It takes a big shovel. Arvin Edison is one of the big districts in not only Kern County but in the Friant Division of the federal Central Valley Project. It’s at the end of the Friant Kern Canal and a pioneer in water banking. The district carries a lot of weight in the decision making process. Yes, it’s big in size, more than 131,000 acres covering the very southeastern-most portion of the San Joaquin Valley. More than 84 percent of the land is irrigated with grapes, citrus and other permanent crops making up about half of the produce grown. The district contracts with the US Bureau of Reclamation for 40,000 a/f of Class I and 311,000 a/f of Class II CVP water. That’s some of the facts pertaining to Arvin Edison.

But the real story about Arvin Edison and all the water entities for that matter, is the story of people. I haven’t thought about it much I have a connection to Arvin Edison. The district was founded during the middle of World War II in 1942. My father would have been seven or eight years old. That was about the time he first came to California from Sallisaw, Oklahoma. He was the

youngest of 13 children and the entire family worked in the fields picking potatoes. My Uncle Ruben Wright is buried in Arvin and my cousin Billy Ray Wright’s ashes are scattered across Bear Mountain. I haven’t thought of my connection to the area because of all manner of reasons I haven’t keep in touch with that branch of my family. But I find it completely plausible to ask myself who would I be if those farmers hadn’t made provisions for water? What if there was no water and therefore no jobs to attract workers? Would my dad have met my mom or would I be the split product of two different sets of parents? So, for me the celebration was really about people working together for a better life.

The celebration was held under a large tent filled with round tables and smiling faces where folks spoke and a catered lunch was served. Another tent with a farmer’s market featuring fresh fruit, vegetables, nuts, organic carrot juice; was provided for the guests to take home free samples. 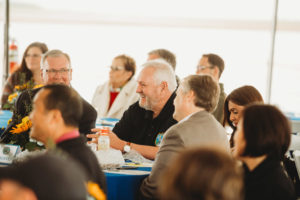 The day’s highlight, for me was Bakersfield attorney Ernest Conant’s talk about the district’s history. He didn’t have flashing lights and electro/pop music propelling his presentation forward; he just did a good job of showing how the vision became a reality. Knowing where Arvin Edison came from sets the stage for where it will go.

Steve Collup, former General Manager and now Director of Water Resources for the District cited the history of how the district has performed its task to provide water to growers. Callup, as did all the speakers, praised the district’s staff for their hard work and dedication. It almost sounds cliché – the praising of staff – but the size, efficiency and complexity of the district’s infrastructure was on display at the spreading ponds. Powered by gravity water flows to the lowest place it can following the path of least resistance. Therefore, it requires human will to engineer, produce and maintain the interlocking system of canals, pipes, ponds, pumps and ditches needed to deliver water to a field where it can sustain life. That doesn’t happen without a dedicated staff.

Jeevan Muhar, General Manager gave the State of District address. While Muhar acknowledged Arvin Edison and irrigated Valley agriculture in general is faced with daunting challenges he had considered reason to look to the future with optimism. Muhar said Arvin Edison has been able to meet and conquer obstacles and impediments because its board of directors, including the current board, has taken a creative and progressive stance. Muhar reasoned if future bo 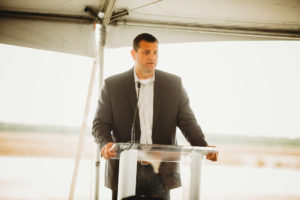 ards follow the same path the district’s growers have good cause to continue investing in tomorrow.

Part of AEWSD includes a portion of the 21st Congressional District. Congressman David Valadao came to congratulate the district for this mile stone. He was impressed with the spreading ponds. He said in his industry, dairy, spreading has a different meaning; one more in common with politics. Valadao continued reminding the audience there are those in Washington DC who understand the value of water and agriculture in California. Following Valadao a gaggle of staffers representing other federal and state 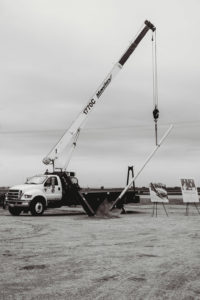 The US Bureau of Reclamation was represented by Mid-Pacific Regional Director David Murillo. I was saddened to hear Murillo is retiring. It strikes me that under the new administration the Bureau is starting to get its feet back underneath itself and once again pursue its mission of bringing water to the west. I suspect it’s been frustrating to have to work with one’s hands tied behind one’s back. But, Murillo has tasted his victories as well and I hope he enjoys his new found time with his family.

One of Arvin Edison’s past battles was entering into a cooperative water banking agreement with Metropolitan Water District. The Southern California leviathan isn’t always treated as a warm and fuzzy partner. It took some heavy lifting by the Arvin Edison board to put together a banking deal. James Bodnar of MWD presented the audience with some of the considerable documented and quantifiable benefits the agreement has brought both parties. 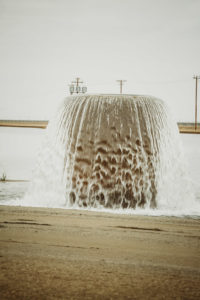 deals together. Quinn remembered former Arvin Edison board member and grower Howard Frick. Frick was one of the progressive directors folks talked about. He passed away in March of this year at the age of 87. Frick was a driving force in leading Arvin Edison in the Met banking deal. I remember him from his time as a director at Kern Delta Water District. Much like E.F. Hutton, when Frick spoke people listened. Quinn said the amount of knowledge Mr. Frick carried with him will never be replaced. Quinn is also fixing to retire and that will shake things up as new relationships will have to be established. 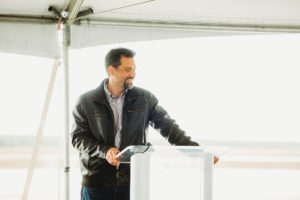 Arvin Edison is a member of the Friant Water Authority and FWA’s Executive Director Jason Phillips spoke about some of the challenges directly impacting the district and the Valley. The subsidence along the Friant Kern Canal directly interferes with the district’s ability to received contracted water from the San Joaquin River. The FKC’s conveyance capacity has been cut in half.  Without increased surface supplies up to 700,000 acres in the San Joaquin Valley will have to be retired and not just fallowed. Phillips’ talk put a pretty sharp point on why districts like AEWSD must stay ever vigilant in creating ways to keep the water flowing. Phillips isn’t one to paint a gloomy, depressing picture and then walk off. He brought a bright spot to table talking about the November Water Bond. This is the bond promoted by Dr. Jerry Meral and it includes $750 million specifically for the restoration of the Friant Kern Canal to its design capacity.

Camp closed the event by thanking everyone and those of us with any sense loaded up as much free swag from the farmers market as we could carry and left.