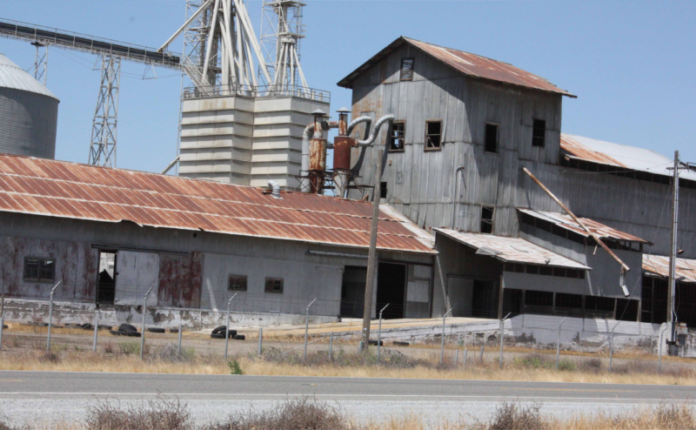 The Buena Vista Water Storage District’s board of directors met on Wednesday, March 20, 2019 at its Buttonwillow headquarters in western Kern County. It was a good drive down from Clovis on four new tires. I had a lot more confidence than when I was driving around on bald tires with cracked sidewalls. Did I mention I got them at Les Schwab? Ok enough of that. It was a beautiful day and the pre-meeting mood was down right jovial. I suspect that means water supplies are good, but we’ll

find out. And another thing – fourth generation Buttonwillow farmer and BVWSD director John Cauzza has resigned his seat mid-term. I believe he’s doing better health wise so why fool with it by fighting for water. Julien Parsons will be the new director. Cauzza wasn’t present and Parsons was. Also not present was Jeof Wyrick so the board was Larry Ritchie, Terry Chicca and Chairman John Vidovich.

Vidovich called the meeting at 10:30am. Our old friend Scott Hamilton was present at the meeting. Long time readers may recall Hamilton was with Wonderful when it was still Paramount Farms and he’s a former Chairman of Cawelo Water District. So it was nice to see him. The consent calendar was approved as was the treasurer’s report.

There was a committee meeting earlier with Cauzza, Parsons and

Chicca about the Depot Drain Abandonment. A landowner wants the ditch and the district has granted right of way. Chicca said it’s not a good situation but it’s the best one possible. The board voted to table the matter until next month.

Engineer Andrew Bell was set to give the water supply report and General Manager Tim Ashlock said the State Water Project allocation has be upped to 70 percent. Vidovich suggested one way to handle the supplies is to encourage all the growers to use as much cheap water as possible. There will be no premium charged for nonscheduled run deliveries. The water used now will not count against the 1.5 acre foot allocation. The water committee advised the board to sell up to 100,000 a/f. Ashlock said BV should have 100,000 a/f in San Luis Reservoir of Table A water. The Kern River should yield BV 170,000 a/f. Some how or other the district will have 100,000 a/f more water than it needs. The committee was given the authority to sell up to 100,000 a/f at a price it deems fair in relation to the supplies. There are more storms coming according to the weather prophets.

Buena Vista has its own Groundwater Sustainability Agency – BVGSA. Vidovich said there has been a lot of money and time spent on coordinating the Groundwater Sustainability Plan. BV still has trouble with Semitropic WSD’s GSP. Semitropic wants to go ahead with unlimited pumping for the next five-years if I understood correctly. All of the BV board and most of the growers in the room also farm in Semitropic. Chicca said it looks like Semitropic wants to kick the can down the road. Eric Averett, GM of Rosedale Rio Bravo WSD reportedly told Vidovich this can’t happen. Vidovich asked the growers in the room what they thought. One gentleman stood up and said the Semitropic policy is a communist policy and discourages importing water into the district. Chicca said much of the land in Semitropic without contracts ended up owned by outside interests – investors who have pumped like crazy. That’s a tale we’ve heard over and over.

The board passed a resolution to move the start time of the BV board meeting back to 8:30am. Boo. I’ve been enjoying

the extra drive time. But I do get more done at the old time. BV meetings are usually about a half hour long. Under director’s forum Vidovich suggested a workshop for new board members. The meeting went into closed session.

DISCLAIMER OF RESPONSIBILITY; Waterwrights strives to provide his clients with the most complete, up-to-date, and accurate information available. Nevertheless, Waterwrights does not serve as a