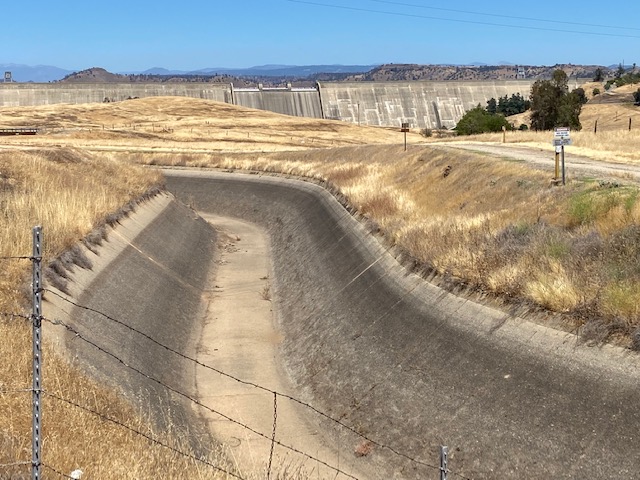 The regular monthly meeting of the Chowchilla Water District’s board of directors began at 1:35 p.m. on January 11, 2023, under the gavel of President Kole Upton at the District office in Chowchilla. All directors were present except Russell Harris. The several visitors in the room were invited to introduce themselves. In addition to this reporter, also attending were David Scheidt, a relationship manager at Fresno Madera Farm Credit and Kristi Robinson of Water Wise representing Triangle T Water District. Asking to speak

during public comment was Paul Burgdorff, property owner in the district. Karun Samran of Chowchilla Subbasin Growers was present, speaking later on his group’s progress.

Moving to public comment, President Kole invited Burgdorff to the table. He explained that while he’s employed in Washington DC, he lives a little northeast of Chowchilla on 168 acres of farmland that has been in his family for three generations. Of this property, 23 acres are in the District, and he purchased water for a corn crop. The remaining property has riparian rights but even though it’s in the District’s service area, by the county’s mistake it ended up outside the GSA boundary, which may create a problem for his riparian rights. He asked for board and staff support to correct that error and it was agreed.

A short presentation came from Karun Samran, area farmer, who said he wanted to provide an update on the progress being made by the Chowchilla Subbasin Growers. He said there is a five-person board now and that 91% of the white area acres in the GSA have either formally enrolled or have an MOU with the group. Funds have been raised that are now available to be turned over to the checking account being created by the CWD (see below) to be used for the domestic well mitigation program in the subbasin. He said the

goal is to create a formal GSA and a water district, moving out of the county GSA. He said his group doesn’t want to fund the Sites Dam effort because they think that water is only speculative and, in any case, expensive. They will be asking their members to voluntarily fallow land in order to reduce demand as required in the GSP. He said that while there had been a couple of holdouts, he believed that at some point the county might require them to join.

On the phone line, one other member of the public identified herself as Isabel Lavoie, an associate with West Water Research whose California office is in Sacramento. She said she was listening in on behalf of a client.

Moving into the business meeting, the board convened the GSA session to hear an update from General Resource Manager Doug Welch. He said the GSA representatives had been working on the subsidence portion of the GSP, were making a request for grant funding and preparing the annual report. He said it would be presented to the Advisory Committee on March 15 and then submitted to DWR by the required April 1st date.

With no questions, the board returned to its agenda approving a checking account at Central Valley Commercial Bank in Merced to receive and disburse funds for the domestic well mitigation program. The District is administering the account and the funds on behalf of the affected GSAs.

The board then considered the notification from Triangle T Water District of its proposed annexation of 2,678 acres owned by seven growers. Kristi Robinson representing the District said that the process requires notification of a lengthy list of public agencies that might have comment. She said it would be helpful if the board approved the annexation, so it did unanimously.

The board also approved withdrawing from the agreement on the Upper San Joaquin River Water and Power Authority which is being dissolved.

the budget report were approved unanimously. Minutes from the December 14 and January 4 meetings were also approved. It was at that special January meeting that the board acted to release water for groundwater recharge to all Class 1 and subordinate customers at a rate of $10 per acre/foot. This was in response to the December 31 announcement by the Bureau of Reclamation of the availability of an additional five percent of Class 1 water as well as a block of 40,000 acre/feet all to be evacuated from Millerton Lake by February 28.

The board then reelected officers unanimously with Kole Upton president, Roger Schuh vice president and Lela Beatty, treasurer. Committee appointments remain in place as do the appointed representatives to other boards. Roger Schuh joins the retirement fund trustees in place of a director who had left the board earlier.

The board approved a new service contract with AT&T FirstNet for cellular service, discontinuing the relationship with Verizon. It was pointed out that the new service is the one used by first responders in the region  and is actually less expensive.

General Manager Brandon Tomlinson reported there had been a lot of work dealing with high water levels from the recent rains. He also gave a quick but detailed summary of water flows at various points throughout the District. He said he wanted to do some water release from Eastman Lake to prepare for the forecasted weekend storm. After the directors expressed a bit of concern about too much water being released, it was agreed to follow Brandon’s recommendation. Tomlinson said that he has begun interviewing candidates for the positions of office manager and well mitigation program manager.

In his written report, he included information about the increased water amounts in two reservoirs during December. Eastman Lake has increased over 13,000 acre/feet from about 9,000 to over 22,000. Millerton Lake on December 31 totaled 381,470 acre/feet, an increase of nearly 87,000 during December. His report also detailed maintenance work on District canals and gates and documented work done on the District’s vehicles.

The board also received a report from the Ewell Group on the continuing effort to have the Army Corps of Engineers raise the level of Buchanan Dam at Eastman Lake. Ewell staff is working closely with the ACOE staff in Sacramento, which is supportive of the project. Congress members Jim Costa and Tom McClintock have expressed support and outreached to the ACOE headquarters in Washington, DC. Ewell said that newly elected Congressmember John Duarte has been positive. The process involves ensuring that the dam project is included in the ACOE budget and work plan to be approved by Congress.

With nothing further to report, at 3:04 p.m. the directors moved into closed session to consider two items of existing litigation and a real property negotiation.