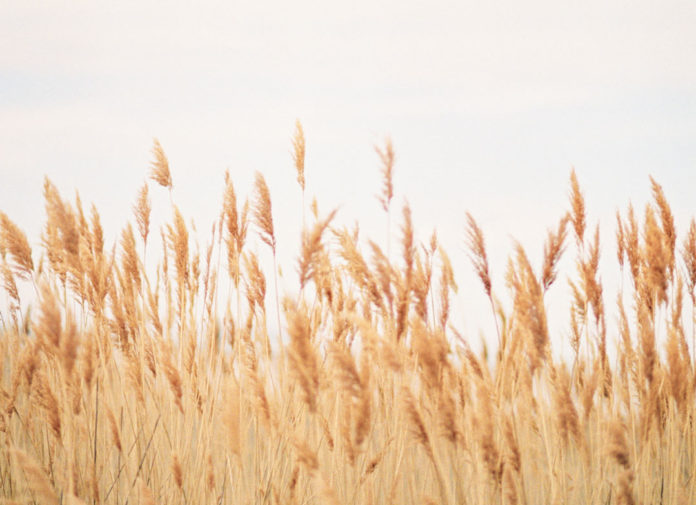 WaterWrights.net thanks the author for permission to reprint this article by Stephen L. Wilmeth, which first appeared in The Westerner https://thewesterner.blogspot.com/

I talked to our friend from the Flint Hills Thursday. He’s probably going to make a trip out here and look at our crossbred red Angus heifer calves. He has never seen our operation in the light of day. When he arrives to deliver bulls, it is sundown or at night.

We will have a big hay bale out in the water lot with the gate open and waiting to see in flesh and blood what we have purchased. The gate will be opened on the gooseneck, and he will climb in and urge his genetic creations out of the darkness. They won’t be running and kicking. They are tired from the 900-mile journey and overwhelmed by all the new smells and sounds. We don’t see them very well, either.

That takes place the next morning when we walk among them and inspect them. The trailer and friend are on the long road home. Regardless what a line out of a famous movie once said. You can go home to Kansas.

The last two weeks of the cattle market has been back to raw basics. With the government shutdown, the USDA data summaries have been missing. That has caused consternation with buyers especially regional buyers who have been impacted by weather. The deep freeze in the Midwest put the whammy on guys wanting to receive cattle. That was preceded by farmers, worried about grain yields, starting to demand the removal of cattle they observed impacting stands because of the muddy, wet conditions.

“They are plowing the wheat out,” was the tone of the demand.

The moisture causing the concern, though, is the most important factor of price rebound. The insecurity about higher calf numbers and the weather in feed areas, however, prevailed and some folks in certain markets took a whipping.

Just ask the local ranchers who had cattle in the southeastern Arizona market last week how their timing worked out!

And, certainly, the data isn’t all just focused on the livestock statistics. Arizona and New Mexico are inundated with data. We are versed enough on things like OTMs, Turn Backs, and general outcome parameters that we are conversant on Border Patrol activities.

What we have less idea about, however, is the hot subject of the week and the dark subject of our times, legal infanticide. Somebody or some think tank ought to dedicate time to the metrics of abortion and see if there is an illegal migration factor that transcends the politics and the raw horror of the whole diabolical affair.

For the record, the estimated number on Thursday for abortions performed to date in the United States since Roe v. Wade stood at 61,021,459. How would those children, if allowed to live by their parents and health care operatives that took their lives, have impacted our nation at the preclusion of any and all illegal immigration?

Of Cattle, and … Goats and Sheep

The Speaker of the House announced that Democrats do ‘the Lord’s Work’, and Republicans ‘Dishonor God’.

Apparently, she isn’t alone in her belief. The governor of Virginia, a Democrat and former pediatric neurologist, who supports killing infants up to and including after they are delivered apparently knows all there is about how sacred it is to preserve the sanctity of women’s health. He said so.

“We are here to set the record straight. Virginia is on the side of ensuring women get the health care they need!” he said in his now famous talk show segment.

He went on to talk about the process as if it was a procedure couched in concern for all. Of course, “the infant”, and he did perhaps mistakenly classify the baby as an infant, would be kept comfortable as the mother and the learned performers in the room discussed the decision to let the child live or to kill it in return for coin.

Meanwhile, that infant lies there awaiting his or her fate with no counsel.

Some supposed highbrow character by the name of Rachel Held Evan got T-boned by the tweeters on her statement that Christians implied conservatives were lying about the governor when they actually quoted him in the dust up that ensued. To add madness to horror, she stated there are bigger issues in late term abortions due to lifestyle changes.

Life style changes! And, the right for a woman to kill a baby on her personal decision about the standby reference to health concerns!

That was exactly what convinced North Carolina Planned Parenthood clinic manager, Annette Lancaster, that she could no longer stomach the business of killing babies. She commented, “The turning point for me was when I had a patient ask me … ‘Do you think God is going to forgive me for this?’”

And, therein lies the problem for Christians.

For the last three nights, I have read in Mark. Specifically, the intent was to reread and try to discern if there is any scripture referencing a cardinal value of life, and, particularly children. Chapters 7-9 are full of references.

The culmination is clearly set forth in Chapter 9, Verse 37.

There is no clearer commentary as to the importance of innocent children serving as the sanctified bridge to our Lord and Savior, Jesus Christ.

As to this omnipresent liberal rationale of health for the woman, the footing becomes tenuous. There is no scripture elevating the rights of a woman over her child. On the contrary, the previous is inexorably linked to a foundational promise … whoever loses his life for My sake and the gospel’s will save it.

All of us better be worried about what we are allowing to happen.

Stephen L. Wilmeth is a rancher from southern New Mexico. “You figure out the goat and sheep part.”