The East Kaweah Groundwater Sustainability Agency held its Advisory Committee meeting on Monday, May 20, 2019 at the Exeter Museum in Exeter. Chairman Joe Ferreira wasn’t able to attend so Tim Gobler Chairman of the Technical Committee opened the meeting at 4:15pm. It was supposed to start at 4:00pm but the Technical Committee meeting which was held right before this meeting ran long. EKGSA Executive Director Michael Hagman invited everyone to introduce themselves and I invited everyone to the SGMA Survival Toolkit on Thursday, May 30th from 3pm – 6pm at the Exeter Memorial Building during public comment.

The minutes were approved and Hagman gave the activity report and the Kaweah Sub Basin activity report. There wasn’t much to be said. Provost & Pritchard engineer Matt Klinchuch said draft versions of the GSP are lining up and should be available for review on deadline.

Next Klinchuch spoke about minimum thresholds. If I understood correctly there are 10 management areas identified in the EKGSA. A spreadsheet was presented that showed the base depth of the aquifer, depth to groundwater, number of wells with the area and other data dealing with where water levels will be in 2040. The map that accompanied the spreadsheet wasn’t booed off the stage but someone said it looked like polka-dotted paint chips. It was explained the major canals and cross streets will be added to give orientation. The management section boundaries are based on water depth similarities.

Some of the same management section are made up of white areas and districts. It was a bit confusing but once the rationale was explained it began to make sense. The map was laid over section by section, the corresponding spread sheet provided the data to go with the map. It showed the estimated minimum threshold to keep the management areas compliant to the GSP. It even shows how many wells are expect to run dry by 2040. Hagman said there is room for more data; for instance some of the wells being used for monitoring and developing these projections haven’t be evaluated for any long term suitability. He said the wells in Lindmore ID – where Hagman is also GM – have had data collected since 1950. He can tell you how much the two years of zero Friant allocations during the last drought cost in groundwater elevation.

EKGSA has more than a 200 feet elevation from sea level difference with a groundwater flow to the west. The northwest management area has almost no data at this time. The wells expected to go dry will be included in the upcoming map.

Hagman reported the hydrogeologist recommended NOT using groundwater elevations as a proxy for subsidence or water quality. Klinchuch showed a map detailing the rate of subsidence over a period of three of the recent years indicated the eastern most portion of the GSA actually rose two feet – along the path of the Friant Kern Canal. A few placed dropped from two to two and half feet. There is the argument some of this was due to the Tule Sub Basin’s poor groundwater position moving groundwater out of the area. Klinchuch said the raise in elevation could be due to tectonic activity. Hagman said he has no plans to spend taxpayer money to flesh out that theory. SkyTEM flew its giant magnet over the sub basin and it was helpful in drawing up a more realistic idea of where groundwater may be flowing. SkyTEM found the east side clay has more sand and gravel and is less of a pain than the Corcoran clay.

There is a problem at the Kaweah River crossing at the Friant Kern Canal. Hagman said this is a problem and was a problem 30 years ago. He said they cleaned the siphon on the Kings River and found a refrigerator bound by chains and I believe at that point the crew left it up to the authorities to open it. Not too long ago I recall Francis Mizuno Assistant Manager of the San Luis Delta Mendota Water Authority say they dewater the Delta Mendota Canal once and found an airplane. I tell you this story because the discussion drifted into the chemistry of the constituents of concern. To make matters worse it was presented with the metric equivalent of parts per million/billion and trillion. Stuff like ug/L and mg/L as N and such. Hagman said the object isn’t to clean the water but rather to not make things worse. The GSA will monitor nine constituents but the question is how much increase before its undesirable.

Trilby Barton, Provost & Pritchard gave an update on outreach. She wants to hold more public meetings to raise awareness of the upcoming release of the public draft of the GSP. I believe that will happen in August.

Part of the problem is the previous discussion got caught in technical details and took kind of long. Many of the committee members had to leave and there wasn’t a quorum towards the end to hear Barton’s portion of the agenda. And I also kind of drifted off for a while during the chemical part. But then attorney Joe Hughes said the coordination agreement is moving on with the deadline for comments from the three GSAs’ attorneys has passed and comments are in for digestion. Hagman said there needs to be an extra board meeting between now and the next one scheduled. I don’t when they’re going to do it. I think June 7th at 3pm or maybe the 17th. We’ll find out soon enough. Gobler called it at 6:23pm-ish. 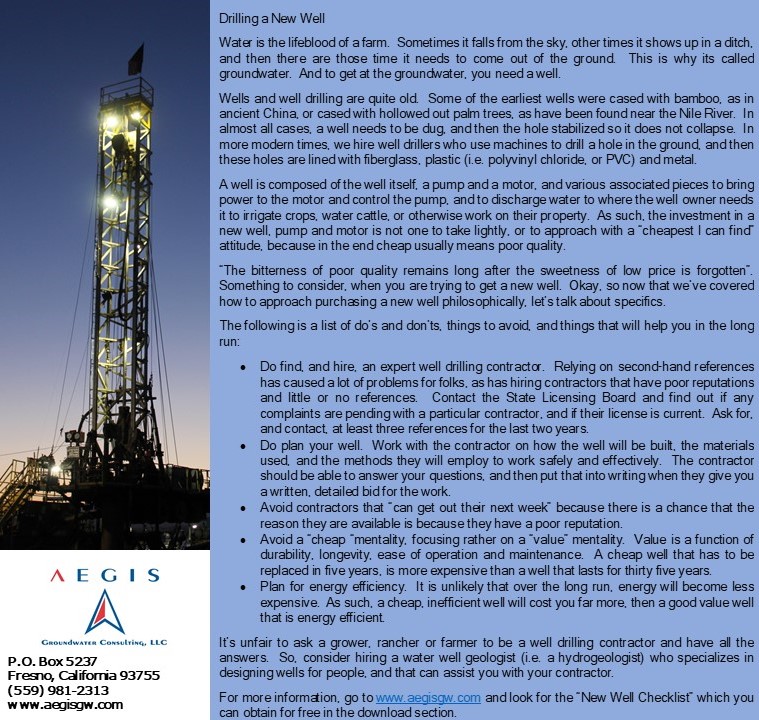