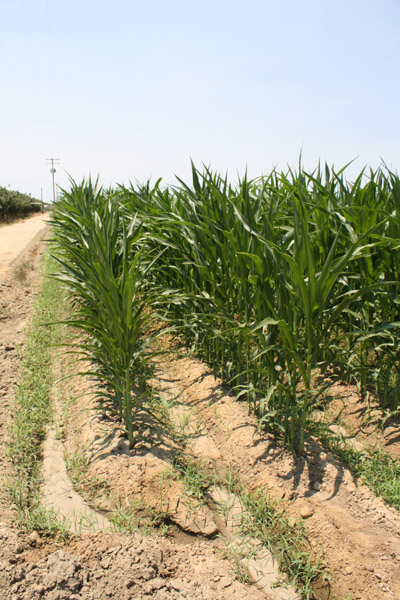 The East Kaweah Groundwater Sustainability Agency held its technical advisory committee meeting on Friday January 12, 2018 at the Visalia offices of Provost & Pritchard Engineering. Karen Yohannes’ daughter baked butterscotch oatmeal cookies. They were delicious and made everyone feel happy and appreciated. Tom Weddle of Ivanhoe & Exeter Irrigation District reported Michael Hagman, Lindmore ID ate more cookies than he did. Matt Klinchuch, P&P chaired the meeting and things got started at 3:30 pm. Under public comment I announced the new www.waterwrights.net website and Hagman said it rejected his user name “Hotmama5” because I’d already claimed it. I don’t remember signing up for my own website as “Hotmama5” so I’ll be looking into it.

Dale West, Stone Corral ID liked the looks of the minutes well enough to endorse them with a motion to accept. The committee was sway and the motion passed. Klinchuch reported Wonderful Orchards’ Tim Gobler will be joining the committee and will in fact chair it should there be no objections. There wasn’t because Gobler is a good man. There was a lengthy discussion on what day to hold the meeting. Nothing was carved in stone but next month at 2:00 pm on the second Friday, February 9th. As an incentive to hold the meeting on Fridays all the managers agreed to give everyone the next two days off.

The next item of business was Klinchuch updating on the DWR grant applications for GSA formation. He said the award of the grant has been moved to March. It is getting to crunch time on the GSP. Chris Peterson of the Mid Kaweah GSA is now the new manager and met with Klinchuch. They talked about sub basin wide matters. There are still some white areas near Stone Corral ID and how to do the computer groundwater modeling is still being worked out. GEI staff is looking through well logs to gather data to develop gradients, water levels and flow speed in the groundwater. BTW – the sub basin coordination meetings are now under the Brown Act. P&P and GEI are two engineering firms working in the Kaweah sub basin in either the coordination or GSP.

Klinchuch said he’d hope to have more data mapped out by this afternoon but some of the planned data was ready. A contour map was presented but as Klinchuch said there were some rough edges that need to be adjusted. I thought I heard discussions of an artesian well shooting 75 feet into the air from a hilltop on the GSA’s eastern most side. This is another one of those Hotmama5 issues because there are places on the eastern most side suspected of being void of groundwater. Yohannes said PG&E has a pump testing program that might substitute for some further monitoring wells. That’s a great idea as I understand it doesn’t cost the well owner to participate. West asked if the GSA has the authority to go on property in the white areas and Hagman said if the white area is in the GSA. That applies to EKGSA. Klinchuch said there is the concern of a well site becoming a bullseye and PG&E isn’t in the custom of giving data to consultants like P&P. He’ll have to get Hagman to procure the info as a public agency guy.

Under other business Hagman said the EKGSA advisory committee will next week finalizing a communication plan to take to the board. He said they’ve been working for months on this. He said this will of course help get the word out. There is also a question – does everyone have a right to an equal share of water in the GSA? Attorney Ravi Patel will address this at next week’s meeting in Lindsay. Mike Camarena, City of Lindsay said the Lindsay Wellness Center may turn into an urgent care facility and the meetings will need to move. Yohannes is working on getting a new place. Camarena said the City Hall conference room could be used but it isn’t very big. With that the meeting went into adjournment.