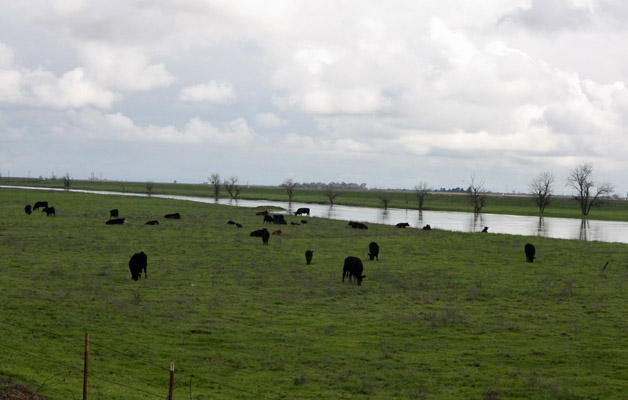 The Eastern Tule Groundwater Sustainability Agency’s Stakeholders Committee meeting was held on Thursday, October 11, 2018 in downtown Porterville. The meeting began at 2:00 pm, the minutes were approved and Executive Director Bryce McAteer reported on the ETGSA board meeting. An ad hoc committee was formed to work over the by-laws. Each member agency will approve at the home board an appointment to sit on the executive committee. One of the community service districts had some heartburn with this. Only the member agencies that signed the formation MOU have a seat on the executive board

and this gentleman was concerned about his CSD’s ability to pay for things. McAteer pointed out Tulare County is footing his group’s bill. McAteer is a natural at this stuff. He knows the bureaucracy forward and backward. He can run a meeting with skill. Also, the board of directors have a retreat on November 1st. This is a public meeting without actions.

The next item dealt with writing the GSP. McAteer said there is talk about further technical support. Don Tucker, with Four Creeks Engineering was being considered. Four Creeks is already working along with Hydrogeologist Thomas Harder for the GSA. Tucker said a data base has been developed for the Irritated Lands Program that could be adapted to meet the ETGSA needs. There is a firm from Arizona that helped with the Beckman chemical waste spill that occurred several years ago was put forward.

Sean Geivet suggested if someone doesn’t understand the data or has questions he or she should bring Thomas Harder in for questions. Geivet said no one knows the situation as well as Harder. He said there are plenty of other good hydrogeologists without spending the money on an out of state consultant. He said the surface water districts are paying for the GSA and he felt they might be less willing to spend. One of the committee members took issue with this saying the county and the state will be paying into this effort. He felt Geivet was stating the white areas don’t deserve the extra help. He wanted a firm with experience in adjudication like the Arizona firm. Chairman Matt Leider said he has surface water in a district and white area ground. He felt it would be better to get as much information and if that includes the Arizona firm so be it. A man in the audience said the Beckman spill occurred 30 years ago and he has property impacted. He said the only Beckman data was taken from small shallow wells and the data could be obtained by a phone call. McAteer suggested bringing Harder to the stakeholder committee meetings.

A representative of Wellntell Lee Knudtson said his company has a device that can give water depth measurements acoustically. This would be cheaper than several new monitoring wells. One lady committee member said this might be too much detail too early and result in paralysis by analysis. Geivet said SGMA is designed to be altered with more data in the future. He said one of the biggest problems ETGSA is on the hook for the subsidence on the Friant Kern Canal. Geivet said the quicker this is solved the easier it will be on everyone in Eastern Tule. That was pretty well said.

This discussion is all about data gap. That’s what I’ve been hearing for some time now. The eastern most portions of the GSAs butt up against the fractured rock portion of the aquifer along the Sierra Nevada Range. That is where most of the data gaps exist. I asked McAteer if the main gaps are hydrologic or geologic. He gave a rather long explanation but if I understood correctly the bigger portion of the gap is geological.

Tim Gobler asked if the concerns are more of a legal or technical. That raised some eyebrows and I suspect the attorneys will be questioned about who is liable. Another committee member said he wants Harder to tell him what the data is going to mean to his farm in the white area. Geivet said in fairness to Harder that isn’t his job. Eventually the committee approved inviting Harder to the next meeting for questions; but they will make the questions relevant to hydrogeology and not economics. The motion was amended to include inviting Four Creeks Engineering.

A lady from the audience, Julie Allen, a wildlife sustainability planer formerly with the Forest

Service suggested having a couple of people recording the discussion and posting them on large sheets of paper. She actually volunteered to do so. It sounded to me like her offer was tentatively accepted. Good for her.

The next topic was policy points. The stakeholders were asked to consider how to address policy points F and G today. Point F was accounting for the use of municipal, agriculture and de minimis & unaccounted wells. I didn’t get Point G unless it was part of the F presentation. H-J had to do with recharge and types of recharge; i.e. flood irrigation, channel lose/recharge and basins. A pertinent question is; who get’s credit for the recharged water?

McAteer said the Harder studies can help provide clues to how much of a pumping ramp down will be needed to be in compliance. He suggested a form be emailed out to the interested parties requesting information from Harder. White area landowner Bill Samarin said Australian consultant Mike Young told him not to try to go it alone. The stakeholders committee would like to review the executive committee’s recommendations and see where there are any differences. That was that and it only took two hours and fifteen minutes.

Comprised of 135,000 acres, not all in production ag; 60,000 acres are in irrigation districts and 35,000 acres are white area; the ETGSA is also ground zero for Friant Kern Canal subsidence.