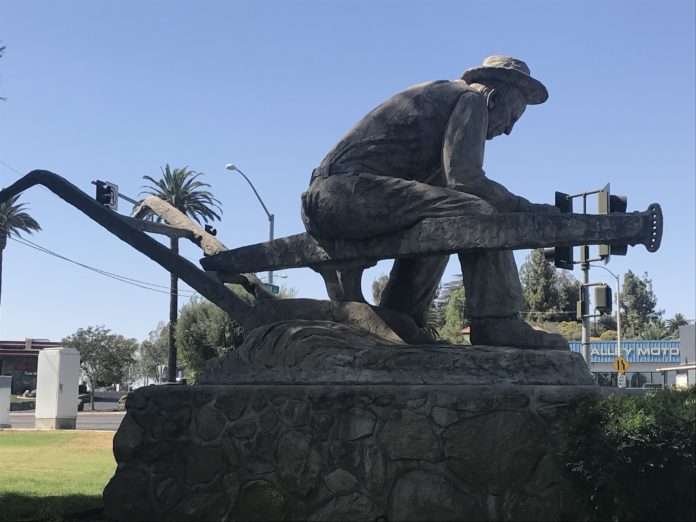 The Eastern Tule Groundwater Sustainability Agency held its Executive Committee meeting on Thursday, September 17, 2020 remotely from its Porterville headquarters on Zoom. Note the Executive Committee membership is a little different from the board. At 2:00pm Chairman Eric Borba instructed General Manager Rogelio Caudillo to commence roll call. Things got off to a bumpy start with connection issues. Saucelito Irrigation District GM Sean Geivet wasn’t able to be heard or could here himself for about five minutes. Roll call continued and there was a quorum.

Borba asked for public comments and someone from Community Water Center Ryan Jensen said his group wants to be at the table for policy decisions for drinking water allocations. Jensen said CWC wants to offer help in monitoring and proactively response to problems with small community water systems and domestic wells. Borba thanked him for the offer.

Under Announcements Caudillo reminded everyone about the public hearing for an extraction fee will be held October . . . the line went dead. He came back but didn’t say when the hearing will be I think it will be October 1st at 2:00pm. You can go to www.easterntulegsa.com for more information and to register. Allocation by Evapotranspiration ET is being determined by Land IQ. Caudillo said to contact him if you have any questions.

The minutes were next and there was a correction requested. Attorney Aubrey Mauritson suggested to keep things moving to approve the minutes with stipulation the correction is included. With that a motion was made, seconded and approved.

Mauritson then spoke about the ETGSA Rules & Regulations document. There was a new, redlined draft for consideration and Mauritson went through some of the changes. This executive committee, like executive committees everywhere is used to determine what needs to go to the full board. In this case the GSA’s policy and procedures were being

looked at. This is exactly the scenario that gives committee meetings a tarnished halo. Writing a document by committee is one thing but editing it by committee is even more of that one thing. It has to be done but it is like watching congress, painful.

Four Creeks Engineering’s Dave DeGroot explained the stakeholder input resulted in some changes as to how ET is used in calculations determining water usage. He said these changes open a way for appeals. Mauritson said the draft includes the ability to protest amounts of water used by landowners.

Borba gave a scenario with different year considerations of recharge and metered water. He said there’s a field that just got ripped and has been flood irrigated for recharge. There will be trees planted next year. How will the ET be figured? DeGroot said next year’s pumping can be figured by net consumed groundwater usage determined by satellite or actual ground based data. There were other questions and Borba said he would like to take

this document back to the committees and think it through further. Geivet said he wouldn’t want to administrative fee to be in place until the scenario has been run through. He wants to make sure it’s accurate and he thinks it will default to Land IQ. He thinks there has to be some real world experience to base the fee. He said having a flow meter option included. Borba said there is a “higher of” default established – the higher of satellite derived ET or metered monitoring. Steve Etchegaray suggested 4Creeks comes up with a check list to help folks follow along. There was much more discussed. One man on the conference call, Andrew Hart, said Land IQ doesn’t meet all the needs of all the different kinds of crops grown in the GSA. He said deficit irrigation could be an example where Land IQ would penalize growers. Geivet said the plant needs as much as the plant needs. Hart said deficit irrigation pulls water from the air. Hart asked what if Land IQ is 20 percent off and both Geivet and DeGroot said it won’t stay in business very long. DeGroot said the appeals process should take care of over charging growers for water. The appeals process also help clean up algorithms. Borba said in his opinion the document isn’t ready for the full board without further changes. DeGroot said this document was for the management area.

Mauritson said the five year carryover provision wasn’t changed but it could be as there are still discussions going on. One thing changed was requiring the GM to investigate when there are inquires so nothing would remain in limbo. She added the revisions regarding recharge have already been submitted. Stacie Ann Silva of New Currents consulting firm asked if the payment provision had been changed from 30-days and that remains the same. I had a screen version of the document but there wasn’t a current packet PDF download offered on the EKGSA website to read through. It’s a difficult discussion to start with. Whether by meter or satellite ET will be used to determined how much water a grower is using at a particular field/orchard/vineyard and much of that amount was pumped.

It sounded like the committee would be willing to go with a suggestion Geivet where each grower would have the ability to choose meter or satellite provided it won’t cost the GSA any extra and there is a provision for a grower to change mid-year with an appeal to the board. DeGroot said there is a provision for meters and if the approved meter is selected and an acceptable data gathering established the meter options is as good as satellite. Limiting the option to change to once a year was considered. There were two changes voted on and it didn’t pass.