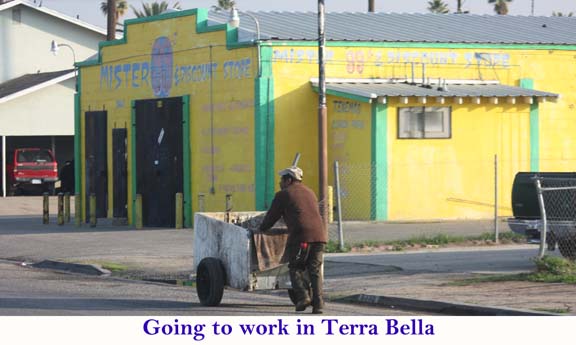 The Eastern Tule GSA held its Tuesday, July 2, 2019 board of directors meeting at the Porterville City Council Chambers. Chairman Eric Borba called the meeting to order about 2pm. There was a public comment period and I thanked a couple of folks who attended the SGMA Survival Toolkit last June. The minutes were approved and ETGSA Executive Director Bryce McAteer gave the financial report. He did such a good job the board approved the report and agreed to a call for funds for more than $300,000. He’s up against a nine man board made up of farmers and water district managers, so that’s not an easy time. For some reason the board went to closed session. The agenda said there is one case of exposure to litigation which is different from being litigated against for exposure and a personnel mater involving the executive director. There’s a rumor McAteer has been co-opted by the CIA for a dangerous mission. We’ll find out.

A little more than 45 minutes later the board returned to the room and had nothing to report. Back to work. McAteer told the board about the need to renew the GSAs insurance. They have four days to either renew or cancel without penalty of some sort.

Next McAteer reported on the status of the general plan application for the Groundwater Sustainability Plan’s draft version. That wasn’t’ a big deal evidently and the board did nothing with the information. He also reported on the stakeholder, executive and finance committees saying they all approved their minutes.

The Tule Sub Basin coordination efforts and Thomas Harder & Company’s hydrogeological on going work was reported on. There were several comments on detailed findings such as a slight downturn in crop water consumption. There will be another meeting July 17th in Tulare of the coordination efforts.

The worst subsidence on the Friant Kern Canal is in the ETGSA and that will necessitate extra groundwater monitoring in the area. Sustainable yield estimates from Harder have changed the status quo and shown a decline in sustainable yield amounts. Estimated groundwater budgets for the area for the next 40-years were also provided. Engineer Dave DeGroot of 4 Creeks Engineering was questioned about the figures. It looks like a counter intuitive/vicious cycle said McAteer but he and DeGroot said there will be a lot more investigation into the matter. What I gathered was since there will be less pumping therefore less return flows to contribute to the recharge for the upper aquifer.

McAteer next reported Harder is progressing and a public draft for the GSP is going to be released in September. Originally it was scheduled for an August release but this is such a monumental task. The next meeting will be Thursday August 13th at 2pm. And we did find out what was happening in closed session. McAteer has, in my opinion which is one shared with several others, wisely decided to move on. I don’t want to get out in front of him or the Eastern Tule Board, for the time being it’s their story to tell. But I do want to say this; anyone who thought implementing SGMA was going to be anything other than bloody scraped knuckles, neighbor pitted against neighbor and endless heavy lifting must have been elected to a seat in Sacramento. My regret is I don’t have a position or budget – mostly budget, I’d make a position – to hire him. I hope he stays in the Valley and continues to work in the field of water. McAteer is smart, full of energy and wise beyond his years. A true asset to any organization fortunate enough to benefit from an association with him.

Following the Eastern Tule GSA board meeting I traveled to Visalia to attend an event sponsored by a host of non-governmental organizations – NGOs. For years I wondered how National Geographic had been able to be so involved. The two principal groups putting the event together was the Community Water Center and the Leadership Council for Justice & Accountability. The Union of Concerned Scientists also had its logo on things. If there was someone there representing them I didn’t get to meet them. Which was a shame because I wanted to ask them if they were affiliated with the Teamsters and if they have seen their wages increase and a concomitant improvement in working conditions since unionizing. Anyway, I was expecting the event to be a look at groundwater marketing from the perspective of social justice warriors with law degrees, their pantaloons on fire and an axe to grind. I should have known better when I read the agenda and saw who the speakers were; our own Stephanie Anagnoson and Dr. Nell Green Nylen. I was pleasantly surprised at both the content and quality of the Roundtable on Protecting Drinking Water in Groundwater Markets.

Anagnoson is the Madera County Director of Water & Natural Resources. She was thrown into the SGMA fire feet first and has learned to walk on coals. Nylen is the Senior Research Fellow with the Wheeler Water Institute in the Center for Law, Energy & the Environment at Berkeley Law. She is very youthful looking to hold such a prestigious position and suspect she is usually the smartest person in the room.

Adriana Renteria, Regional Water Management Coordinator for the CWC began things with an overview of SGMA to get everyone up to speed. Renteria gave one of the best explanations of a Groundwater Sustainability Plan I’ve seen. She broke it down to four points; 1 – Plan and basin setting, 2 – Sustainability criteria, 3 – Projects and management actions and 4 – Monitoring network. She gave further details under each point but basically that’s a GSP.

Next Amanda Monaco, Water Policy Coordinator for the LCJ&A moderated a panel discussion with Anagnoson and Nylen. It was lively, occasionally humorous and fortunately during the Q&A portion not taken over by gaseous, extra carbonated wind bags. My take-away from Anagnoson was water marketing will most likely start very small; neighbor to neighbor. It’ll get its feet wet so to speak before expanding. Nylen struck a chord with me saying something I believe on the order of; sure attempts at water marketing could go wrong but they could also go right and the potential benefits make it worth perfecting.

The event was held at the 210 Café in downtown Visalia. The room was just about perfect with a stage and literal roundtables to sit at. I had the privilege to sit at the cool kid’s table between Anagnoson and Chris Austin of Maven’s Notebook. The Environnmental Defense Fund has developed a very simplified water marketing game to illustrate the shoots and ladders. Each player at our table received a persona with specific conditions. Austin was an alfalfa grower, Christina Beckstead, Executive Director of the Madera Farm Bureau was an almond grower, Anagnoson was the matriarch of a rural household, Devin Aviles, Chair of the Madera County Sub Basin Advisory Committee managed a small community water district, a gentleman from the Mid-Kaweah GSA Advisory Board I believe named Richard Garcia (who wasn’t wearing a name tag) ran a large urban water district and I drew the persona of a 20-acre broccoli farmer in a white area. It was fun, our imaginations ran wild; Austin became Westlands WD, Beckstead became Wonderful Orchards, Garcia became Metropolitan WD, Aviles and Anagnoson could have been any number of folks in the Valley and I was in trouble.

We each were given measuring spoons ranging from a quarter teaspoon to a tablespoon depending on our scale of operations. These were our pumps and we each had a plastic cup representing our supplies as holding tanks. In the center of the table there was a bowl filled mostly with blue, glass beads representing an acre foot of water worth $5 of net income. There were a few red beads thrown in representing contaminated groundwater. At the start of each round representing a year we had 15 seconds for all of us to pump as much water as we could at the same time. So we started spooning beads fast as we could. The first of seven rounds showed a lot of inefficient, leaky pumps as there was a good deal of spillage. This counted as recharge but we weren’t credited for it as the game was complicated enough without getting into recharge credits, USBR contracts and carryover supplies. Each persona had minimum number of acre feet it needed to stay economically or human health and safety needs whole.

Each round had an impact on the groundwater levels and as the game progressed those levels either improved or sunk lower. I needed 15 a/f per round to stay whole. I was never able to pump that much. I had a small spoon and Austin/Westlands kept knocking my beads off my spoon as we all dug in for everything we were worth when it was time to pump. But about round four

SGMA came along and I had more beads than I needed allocated so I was able to sell some to Beckstead/Wonderful. I made a big enough profit that year to secretly plant cannabis hydroponically in my barn. That wasn’t officially part of the game. At the end of the game Anagnoson performed the best. She was consistently able to secure twice her needs and sell surplus water. On scale to the other players she only needed a small amount, de Minimus you might say, but she was able to sell the extra for a profit. All in all the game was fun and as an exercise that got folks thinking about water marketing.

That was about it. I have to rate the evening as two thumbs up. Also, I don’t want to forget, they served a delicious dinner of Central American food; pupusa – think chupacabra taco – frijoles refritos y aroz.