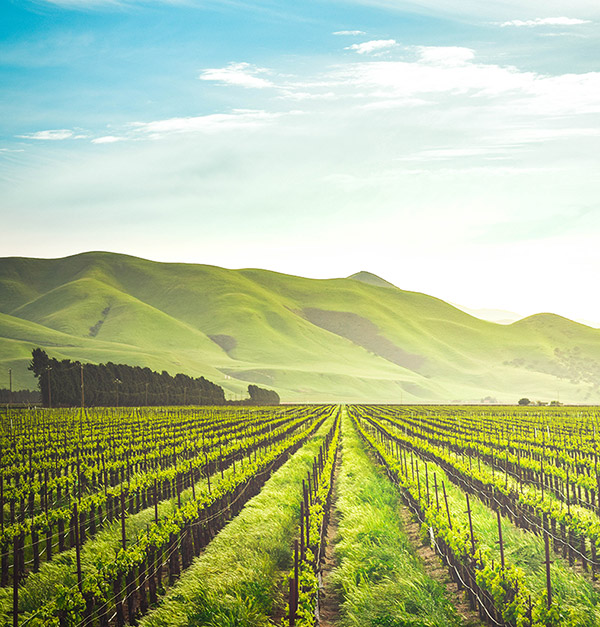 The Fresno Irrigation District held its board of directors meeting on Tuesday, April 21, 2020 by teleconference. I had forgotten how prompt Chairman Ryan Jacobsen can be. Four o’clock post meridiem on the dot, shelter in place or not he started the meeting on time. Things started with a flag salute. Good for them. Jacobsen had Kassy Chauhan gave everyone an update of the stated rules for participating in the call in. She also was very helpful in keeping the proper participants in order. It was a good list of does and don’ts, common sense and such. If you want a board packet or comment you have to get in touch with the FID office by 1pm the day of the meeting.

There was a review of the agenda, minutes, conflicts of interest, no public comments and the consent agenda was approved. The first item following this was a muffled oral presentation from someone who probably has a CPA degree about FID’s audit. The audit was declared sound and the board approved following a motion to that effect from Director Jerry Prieto. The board also approved controller DeAnn Hailey’s treasury report.

Next Hailey gave an update on the districts’ financial condition regarding its retirement fund and the board approved.

Assistant General Manager Adam Claes gave the water report saying the recent storms have been good for everyone. FID has good supplies at Pine Flat Reservoir considering the last announcement’s dismal projection. Claes said not only Kings River water allocations has risen but US Bureau of Reclamation’s Friant allocations are rising also. FID is starting its deliveries on May 1st and will run for three months. There are a few more ASO flights and he’s hopeful for a good snowpack report. The slower the melt the better for FID’s Kings River supplies. If it gets hot there may not be a four month run as the district gets better supply advantages on a slow melt off. Claes said this is likely a good year to pump some of its banked water.

Director Greg Beberian asked what the City of Fresno’s well function is. Claes said Fresno is sending more recycled water to the urban area and that is lessening the water mound under the city’s wastewater treatment plant.

Someone asked if there was any indication FID could have a fall run and General Manager Bill Stretch said it would be difficult to stop the system and start it up later. He wouldn’t be able to recommend it at this time. There’s a chance the Bureau may increase the Friant allocations because the Kings River Water Association bumped Pine Flat allocations to 60 percent. The Kings River and the San Joaquin River are very similar so federal water might increase.

Next Claes spoke about FID’s annexed areas, the classification and policies of finding extra water. They have some turnouts on the Friant Kern Canal and at the moment water on the Friant Kern Canal is going for $550 a/f. He expects $125 per a/f wheeling from the Bureau and Friant. Although there is no Class II Friant water available but sending surface supplies to the annexed areas to help meet SGMA goals. The location is the northeast part of the district and there is a value in encouraging the use of surface water supplies in this area and offer this water at a cost below market. The northeast portion is the most vulnerable to overdraft. Director Jerry Prieto moved to allow up to 1,000 a/f at $300 a/f plus wheeling. The board agreed. Jacobsen said it would be good to look ahead for more stable opportunities to provide some surface water for this area.

Stretch told the board management has been looking for opportunities for FID to be involved in water trades and transfers. He said there should be more information next month.

Claes gave the engineering report saying there have been High Speed Rail projects on the north end wrapping up. There have also been projects FID has hired outside construction to complete just about to wrap up also. Claes keep the report short and noted FID Chief Engineer Lawrence Kimura and his staff have done great jobs in getting everyone to adhere to the schedule.

The construction and maintenance report saying canal and pipeline/facilities repairs are on schedule for completion before the season starts with enough time to fix unexpected problems like surprise rodent holes on the canal banks. Beberian asked Claes about the size of pumps being used for pipeline repair. He said he’s had calls from constituents

wondering why the pumps are so small. Staff agreed it would be helpful to have bigger pumps. Beberian said the small size pumps are also easier to steal. Staff will get some prices for bigger pumps and come back to the board.

Fresno ID is celebrating its 100 Year Anniversary. There is a September event still scheduled and other events have been moved to later for the year. Chauhan said everyone is doing what they can to preserve as much of a recognition as possible. Human Resource Director September Singh gave a brief update on what the district is doing to protect staff and clients during the Coronavirus. The board thanked staff for this. Singh said the labor law attorney for FID was surprised at the union acceptance showing FID’s employees are working well.

Chauhan is also the North Kings GSA Executive Director. She updated the board saying there has been a net positive groundwater storage change because of the recent wetter years allowing more recharge. NKGSA received a grant and while some of the cooperative efforts with Fresno County are on COVID-19 hold but ready to go when things free up. California Department of Fish & Wildlife sent a letter to NKGSA commenting on the GSP and it looks like CDFW is sending each GSP the same negative letter. Who at that state agency is in charge of evaluating and commenting on GSPs? Is this a cynical effort by the state to leave the door cracked for further negative actions? SB 964 is another bill that is overreaching. It prevents ag chemicals being used near anywhere there is a public pool. I’m not quite sure about the details but it is being opposed by many of the Valley’s water users. Chauhan also said a water bond doesn’t look as promising this fall. Between bond burnout and the virus it’s just not likely to make it to the ballot. ACWA recommended bringing some of the virus bailout money to come to water infrastructure in the western states. Stretch said a while back FID had complied a list of shovel ready projects that have been dusted off but most of the money is expected to go to recharge. Someone asked if FID qualifies for the payroll protection. Thankfully no, government agencies that tax people don’t qualify.

Chauhan reported the San Joaquin Valley Water Blueprint has also identified some opportunities to spend stimulus money and that is a bit on hold but ready to move.

Claes spoke about public outreach matters and said the March 18th press release stated FID deliveries will begin May 1st and the office is closed to the public and the other coronavirus containment measures being taken by FID. There is a tool on the FID website where a client could find out which delivery system they are on and get the information necessary to conduct deliveries. Chauhan said the district is trying to build up its email address list of clients. Beberian said he’s very pleased with the new FID website. He recommended adding the board packet to the website next to the agenda – AMEN BROTHER!!! Stretch said he’d look into it.

Stretch said the Kings River Water Association met by teleconference this morning and it was the fastest KRWA meeting he remembers. He said there were some subjects that just couldn’t be adequately address by phone at a KRWA meeting – the contentious items. He also said he and Director George Porter will be attending Thursday’s Friant Water Authority meeting. He said a big topic is transferring title from the Bureau to FWA of the FKC. FID is opposed and Porter said it is true that teleconference meetings are difficult places to voice stern opinions. Stretch said FID has retained Austin Ewell for consultations on dealing with federal matters and Ewell’s help has proven very helpful. Also helpful was the recent talk between NKGSA and the McMullen Area GSA its manager Matt Hurley. Stretch said there are some potential projects that could grow legs. MAGSA wants to join the Kings River Integrated Regional Water Management Plan. In order to forewarn FID’s directors at the coffee shop it’s not clear if a GSA can join an IRWMP.

Also, Stantec Engineering has taken a look at raising Pine Flat Dam. This is an old proposal but the situation has changed and this may become a viable mitigation for storing recharge water. If the climate alarmist are as accurate as a broken watch and for the same reason why not have more surface storage?

Director’s reports were next and the only one who had something to say was Jacobsen and he thanked staff for its coronavirus planning and the staff for getting the May 1st season start online. The meeting this went into closed session.