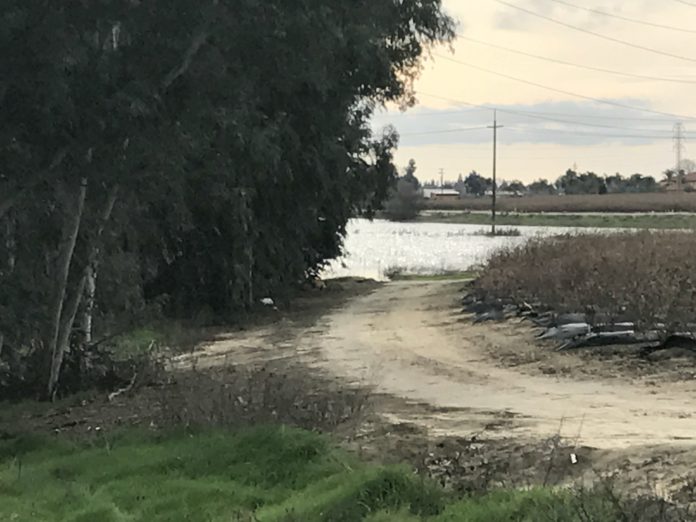 The Fresno Irrigation District held its board of directors meeting at its Fresno headquarters on Tuesday, August 15, 2017. Beware when attending a meeting at FID on how you approach things. You can get there from Highway 99 by exiting the Cedar/North Avenue off ramp. I come from the north side so I take that exit and have to pass over the freeway. Making a left turn onto North at the top of the off ramp can be a time-consuming event. I have often squeezed up the driver’s sides of a dozen vehicles, turned right, went to the light, waited and made a U-turn and head east on North before the other guys can turn. But then you find yourself at the end of one of the rail-yards trying to get across the tracks and turn left on Maple. If the truck traffic backs up while a train stalls out on the tracks you can get stuck down there for half an hour or more. It’s painful because you could throw a rock and almost hit the headquarters building.

Chairman Ryan Jacobsen called the meeting at 4:00pm and we all saluted the greatest flag to ever fly. All the housekeeping was taken care of and DeAnn Hailey* reported for a while the checking account was making more interest than the investment account at Wells Fargo. The board, minus Director Chris Woolf who was absent, approved the controller’s report.

Water Master Jim Irwin gave his report saying the weather broke down below the 100 degrees for the time being. The temps are predicted to rise again to by the end of the month to above normal in the high 90s and low 100s; sorry. FID got 9,230 a/f of Kings River water in July. FID should get more than 120,000 a/f this year. More than 33,000 a/f has been banked so far this year. Director George Porter said the raisins are drying early and the farmers need to know as soon as they finish harvest to take some water, it’s like banking. General Manager Gary Serrato said it is better for FID supplies to be stored under the district than hanging out at Pine Flat Lake where one good storm could force flood releases and the loss of stored water. Serrato said he’s working on a partnership to bank water in Consolidated ID this year. Attorney Jeff Boswell who is keeping track of the Central Valley Project water entering the pipeline and that’s being covered by FID keeping an eye on the municipal diversions. There are many flood control basins in the urban area recharging. Director Greg Beberian asked if the City of Fresno’s Leaky Acres recharge is working well and the short answer is no, it’s evaporating as fast as it’s recharging. I know the city is looking at some new innovations to improve this system.

Serrato told the board about a girl who was missing and suspected murdered and dumped in one of FID’s canal. In a letter in the board packet Fresno Chief of Police Jerry Dyer thanked FID for its cooperation in the investigation. Serrato told about how much trouble and work it was to lower flows down enough to find the body. There is a long, box culvert that runs under a major intersection in Fresno where the body was suspected of being lodged. The body was found further downstream but the effort required by staff to get the system to a place where a search could be conducted was. . . well, it was heavy lifting and delicate at the same time. Good for them.

Chief Engineer Laurence Kimura gave his report and things on par for this time of year. The district owned a rental house that finally got to the point it was more expensive to fix it up than rent it so a very large backhoe cleared the lot. There are developer project under review and High Speed Rail will impact at least 20 FID facilities. At the moment, there are no landowner projects such as low flow irrigation pipes in the works. The board approved staff’s recommendation to fix up some box structures.

Engineer Adam Claes gave the board a little more detail and showed them some photos of the efforts to recover the murdered girl’s body. Nothing gruesome. He also showed pics of a new flayer mowers and a very expensive flow meter. FID crews have been doing work across the district: installing a water filling station for spray rigs, creek bank maintenance in Clovis and the Serrato Intertie between the Gould Canal and the Friant Kern Canal has been undergoing pump testing. This facility uses VFD – variable frequency drives – in its SCADA. A special building was constructed and has a big air conditioning unit to keep things in the mid-60s. Security at the site is very good. Access is limited and if I understood correctly there is a peace officers’ shooting range within sight.

Claes continued saying there were two bids received for land excavation on the Southwest Banking Project FID entered into with James ID. Once the construction, environmental, and other considerations the project will cost $5.7 million. When you figure in grants each of the partners will kick in $1.1 million. FID has a $1 million USBR grant that could be applied. So, not too bad for either partners. Claes said this will not be a facility to be used each and every year so some of the features will be removable. Say the year isn’t wet enough to use this basin the SCADA gear can be used elsewhere.

Assistant GM Bill Stretch reported on SGMA matters saying with seven GSAs within the Kings River Sub basin Fresno County created a position of Water Resources Coordinator, or some such thing. A man named Gary Allen, I think, has taken this position. He already works for the county and has an ag water background. Stretch said the future of the Friant North Authority is now discussing its future. As relationships heal and grow stronger the FNA may just fold back into the Friant Water Authority. Stretch said the New Currents Consulting firm has been retained by FID and partner Gary Sawyers will be meeting with directors individually to discuss strategic plans for the district. Stretch showed the board a map of lands along the McMullan Grade area that lies adjacent to FID. Some of this land is white area and there are circumstances where it might be worthwhile to explore a ponding basin at the end of FID’s system to take water during wet years. Nothing’s carved in stone and Stretch asked the board if this is the type of thing that could be a way to keep water in the area. Serrato said the water would be charged to the land owner and nothing would be for free.  Beberian said since no one knows for sure how this will play out in light with SGMA as there may be needs within the district. He was concerned that although it would be the last to receive water it would have to be a very secure agreement. Director Jerry Prieto said it wouldn’t be reasonable for someone to develop in the hope of flood water. It sounded to me everyone on the board was in agreement with Beberian the agreement must be very sound. But this is an unique situation being located at the end of the FID system.

Next Serrato gave his report and said there are hopes of receiving a five percent Class II allocation from Friant. He met with state Senator Kevin DeLeon who said he was going to introduce a bill to streamline SGMA for the building industry. I think DeLeon needs to show me the water. At least he admitted he needs a better education on the San Joaquin Valley’s water situation and asked for help. The Temperance Flat Prop One funding grant was submitted. There will be opportunities for investment in the Project and without getting too far out there could be a situation for FID and the Cities of Fresno and Clovis could partner up for 100,000 a/f. There is a bill SB623 that takes the position everyone in California has a right to clean water. This could result on a public goods charge on not only fertilizer but a water charge as well. Prieto said he is in direct opposition to SB623. He said it assumes ag is responsible for unclean water. Who knows? Bet you a dollar it’s not the folks in Sacramento licking their lips over more revenue for funding their pet projects.

The board approved various overnight stays for the upcoming ACWA conference. Serrato said there is a slate for ACWA Region Six. The board approved although there are two vacancies at this time. There will also be a Region Six gathering on October 13th in Visalia.

The board found out the last time the district’s tobacco policy was updated was 1992. So the board was to prohibit the use of tobacco in any vehicles including vapes, cigars and the draft said snuff in any indoor work areas including vehicles. Staff said it wouldn’t become a witch hunt but if someone is breaking there is now a policy to guide them toward the light; So to speak. The board approved and it was noted the insurance offered at FID has a tobacco cessation program that has proven effective.

Under directors’ reports Beberian said a member of the Fresno City Council is looking to pass an ordinance to ban public camping which could go a long ways to helping FID keep the homeless out of the canals. Beberian asked for someone from FID to either show up at the council meeting or a letter of support or some manor to show FID appreciates the help. Having human waste in irrigation water is a health hazard. Porter said he’s been on medication that has helped him with a neurological condition and that’s why he’s been a bit jumpy lately. The meeting then went into closed session.

ALL RIGHTS RESERVED.  Copyright 2017 by Don A. Wright   No part of this publication may be reproduced, stored in a retrieval system, or transmitted in any form or by any means, electronic, mechanical, photocopying, recording, or otherwise, without the prior written permission of DAW.  *I’ve never asked her and now I’m curious if she’s any relations to Bill of the Comets.