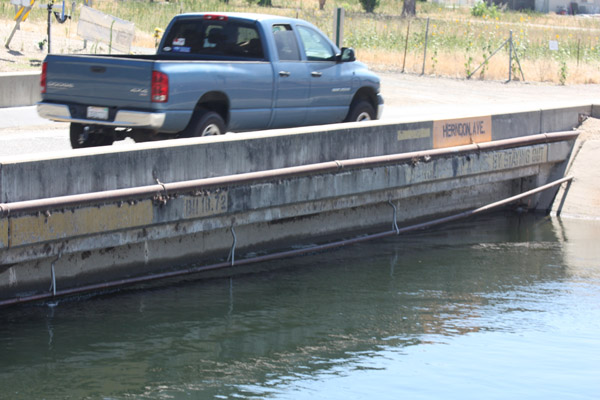 The Fresno Irrigation District held its board of directors meeting at its Fresno headquarters on Tuesday, July 18, 2017. Five minutes before the scheduled 4:00pm start Director Chris Woolf walked in, shortly followed by Director George Porter. I thought we were looking at a quick meeting with no quorum present. But just when I got my hopes up in strolls Director Greg Beberian and Chairman Ryan Jacobsen. The only Director absent was Jerry Prieto. Hope all is well with him and his family. Jacobsen called the meeting and we saluted the flag. Jacobsen was either full of Red Bull energy or he was set on getting the meeting rolling. In like less than a minute or two we knocked out the first six items on the agenda. This brought us to DeAnn Hailey’s controller’s report; that included two policy changes. The changes were minor update and compliance and the board approved just everything Hailey threw at ‘em. Of course having attorney James Boswell concurring with her might have helped a bit. Now, listen to this deal, Hailey requested a four day stay in Monterey at some kind of Human Resources or accounting conference. In any event FID receives $50,000 credit on its workman’s comp insurance for Hailey attending. It was an easy sell.

Water Master Jim Irwin gave the water report and said there is 972,000 a/f still in storage at Pine Flat and I believe I’m correct when I write 122,000 a/f of that belongs to FID. There is also 60,000 a/f of Class I Central Valley Project water from Friant waiting for conveyance. At this time FID is taking 1,550 cfs of diversions. This is the third largest Kings River water year on record. Irwin said that doesn’t factor summer thunderstorms. The temperatures are going to cool to 100 degrees for a couple of days and then ramp back up. Irwin said FID has been able to send water to recharge and some of the flows haven’t been seen outside of flood conditions. The City of Fresno did well this year also as it didn’t have to pump any of its groundwater under an agreement with FID. NOAA weather maps show above average temperatures west of the Mississippi River except for eastern Arizona. Beberian asked FID’s total cfs capacity and Irwin said close to 1,900 cfs after the new surface water treatment plant is up and running. General Manager Gary Serrato said this year is an Exhibit D flow year on the Kings River. FID does very well during Exhibit D years. It looks like there could be up to 500,000 a/f of carryover by December or at least storage by all the Kings River water users.

Assistant GM Bill Stretch gave the chief engineer’s report for Laurence Kimura who we also hope is doing well. There wasn’t much to report since Stretch and Kimura work pretty good together. Stretch just rolled on into his report. He had engineer Adam Claes explain what happened at the Gould Headworks. There was a very large tree was caught in the flood water and stuck up against the structure. Staff was able to hook a cable around the root ball and wench the tree out. There were folks on the river who have been there for decades saying this was the highest the Kings River has ever been. Staff sandbagged a couple of places to protect facilities against the threat of Pine Flat Dam spilling. There are some larger lined canals where FID uses drag chains to remove aquatic weeds. This saves on chemical costs. This money is spent on running off homeless camps. Staff, along with Fresno police, had cleared out the homeless camps along the canal in the city earlier in the year. Within less than a month they were back. The camps grow quicker than the aquatic weeds. There was a recent multi-agency meeting to deal with this. Stretch said the City and County of Fresno, flood control, City of Clovis, the Poverello House and the Fresno Rescue Mission all get together to talk. FID receives the bulk of the complaints from residents regarding the homeless camps along the canals. Stretch said it was an eye opener. A good deal of resources has gone towards the homeless situation in Fresno. Serrato said we’re at a tipping point. If the city wants trail ways along the canals it’s going to have to help. FID is looking at fencing the canals with wrought iron or all liability will revert to the city or something. It is a problem. This isn’t the district’s inattention to or callousness of the situation. In the summer the homeless camp near the shady areas and in the winter they like to camp in the culverts as long as they are dry. I suggested the district just charge rent as defacto landlord but that comment flopped over on its side, died and was completely ignored.

Claes went on to update the progress on the Serrato Intertie Facility. There are five very large pipes and four very large pumps. When asked why Claes said it was much cheaper to get the permitting and extra pipe included in the construction stage. If there is ever the need for expansion or emergency fill in or some such it’s ready to go. He then went on to tell the board to reject all bids for the Southwest Groundwater Recharge Project. The electrical and SCADA design needs to be rebidded. This project is in cooperation with James ID and there are state and federal grants involved. The new bid would include earthwork and other related basin work that could always be useful. The real value in the SCADA would be during a wet year like this but would mostly sit idle. The board agreed to cancel the bid and resubmit.

Stretch then reported on the North Kings GSA and SGMA. He said the North Kings website is up and doing well. Jacobsen said this website has been helpful. It can be used in fighting the bills coming out of Sacramento trying to undermine SGMA and bring more power to the state and by proxy the enviros. After much last minute excitement there is now a seventh GSA in the Kings Sub Basin. Four cities left the Central Kings GSA and formed a South Kings GSA at the last minute. He said since this has been resolved the first big deadline under SGMA has been passed with the Kings Sub Basin in compliance.

Hailey gave an update on the Friant North Association’s finances. She said since FID has rejoined Friant Water Authority it moves some of the funding from Friant North to FWA. Madera ID and Chowchilla WD will still be paying for work plans but many of the costs of Friant North will go down as the tasks are being completed by FWA. As a home board of Friant North the FID directors approved the FN budget. Beberian opposed approval as he believes Friant North has outlived its usefulness. There is a lot of speculation Friant North will cease to exist and the member fold back into FWA. Jacobsen said there will be a big discussion about this by the end of the year but there are issues out there that might keep FN alive.

Stretch said for directors to expect a call from attorney Gary Sawyers, attorney with New Currents. New Currents is a consulting firm with Sawyers, Dave Orth, Dan Dooley and Dick Moss – all well-known names in Valley water circles. Serrato said Sawyers is calling about SGMA issues and not so much about FID’s organization. Who will get how much groundwater under SGMA is the big questions and Sawyers wants to see what the boards’ views are on this matter.

Next Stretch said The Big Dry Creek flood basin which is operated by Army Corps of Engineers. I thought it was the Fresno Met Flood Control. It’s a big earthen dyke that holds about 30,000 a/f that could be better managed.

Serrato gave his GM report and said county supervisors and city council members are reaching out to FID about water and it is SGMA driven. This places FID in a position to help lead the understanding – or should I write – shape the discussion regarding SGMA and preparing for regional water policy. He gave the board an update on the Kings River Water Association and the Friant operations. Under administrative matters there was a damage claim request and a couple of policy matters. Electronic Policy and Public Records were discussed. Items like employees’ use of blue tooth and such. FID doesn’t have a public records policy in compliance with State law if I understood correctly. Now they do.

Director’s reports were next and Woolf said the processing tomato season has started in California on July 11th. California grows 94 percent of the processing tomatoes in the United States – also 50 percent of the world’s supply. Jacobsen said he was at a media event that involved California’s junior Senator Kamila Harris – no relation to Harris Ranch. He said he’s been able to establish decent communications with her office. The meeting then went into closed session.