The Fresno Irrigation District held its board of directors meeting at its Fresno headquarters on Tuesday, March 20, 2018. If I heard correctly today is National Ag Day. That’s what I though FID Chairman Ryan Jacobsen say just before he called the meeting to order with a flag salute at 4:00 pm. There were no changes in the agenda. For public comment I invited everyone to the Friant Water Authority annual meeting next Tuesday. There were no potential conflicts of interest, the consent calendar was approved and DeAnn Hailey gave the controllers’ report. She said the audit was extra thorough and that will be discussed at next month’s meeting. General Manager Gary Serrato added the audit was more in depth than usual at his request. He didn’t expect to find anything but with what recently happened at Panoche Water District Serrato wanted to be sure and not let FID get painted with a broad brush. The board approved Hailey’s report.

Water Master Jim Irwin gave his report and started by saying he was finally glad to get up to the podium. Irwin reported FID has 92,440 a/f in storage at Pine Flat. The storm currently falling outside will most likely melt the lower laying snow. But it was really low for this time of year. The good news is the snow pack above 8,000 feet will be increased a good deal. Irwin expects a lot of runoff from this storm as the heavy rains compound things by melting the snow at lower elevations. He things the biggest part of the inflow impacts will be full felt by this Friday in the FID system. It sounded like FID is ready to do its part to reduce any threat of flooding in the Fresno area. Storage wise Irwin expects to have 172,000 a/f of storage by the end of April. By the end of the water year FID will loss more than 9,000 a/f to evaporation. However, in the here and now the board voted to give folks in the annexed areas one-acre foot per acre at, I believe $200 per a/f.he Fresno Irrigation District held its board of directors meeting at its Fresno headquarters on Tuesday, March 20, 2018. If I heard correctly today is National Ag Day. That’s what I though FID Chairman Ryan Jacobsen say just before he called the meeting to order with a flag salute at 4:00 pm. There were no changes in the agenda. For public comment I invited everyone to the Friant Water Authority annual meeting next Tuesday. There were no potential conflicts of interest, the consent calendar was approved and DeAnn Hailey gave the controllers’ report. She said the audit was extra thorough and that will be discussed at next month’s meeting. General Manager Gary Serrato added the audit was more in depth than usual at his request. He didn’t expect to find anything but with what recently happened at Panoche Water District Serrato wanted to be sure and not let FID get painted with a broad brush. The board approved Hailey’s report.

Engineer Lawrence Kimura gave his report and said the high-speed rail folks have been challenging. Someone at an ID in Kern County said HSR wanted to negotiate tearing out infrastructure and it was told to talk to the US Bureau of Reclamation about it. They were never heard from again. Kimura also showed photos of ongoing project now going on; i.e. canal linings, piping and such.

Assistant General Manager Bill Stretch had special projects guy Adam Claes show the board some photos of new gates and turnouts. One such project was a Langemann Gate that acts as a check structure and automated metering tool. Claes said the district has had good success with these gates. A new project I’ve only kind of heard of is the Fresno Canal head gates allowing cattle grazing leases. For the past ever how many decades the cattle wadded through the stream to get from one side to the other and also drank from it. However, now that water is going to the City of Fresno’s surface water treatment plant and the city paid to install water troughs, fencing along the banks and a bridge for the cows to walk across so they don’t get anything cow-ish in the water. The FID Southwest Banking Facility is now ready for recharge. Monitoring wells have been installed and the telemetry system is almost ready to go. Claes said the goal is to keep all the storm water possible within the district’s boundaries.

Claes said the Equipment Committee wants to replace the district’s wood chipper. At some point recently the chipper hurt itself and it will cost more than $9,000 to fix. Currently the crew is using a smaller rental unit but it’s not large enough. A new one big enough to handle the FID load is about $75,000 and that’s what the committee wants the board to agree with. There is a fund with more than $1.5 million in it that could be used to pay for it. Also, the equipment committee wants a new computer. Director Greg Beberian said he’d like to fix up the old one and get a new chipper. However, the air quality of the old diesel powered one will be so bad the district will have to get rid of it anyway. The board voted to buy the computers and explore pricing on the chipper. Beberian asked the equipment committee to look into some way to keep the old diesel dump trucks. 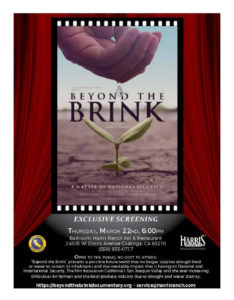 Stretch took over the report and said the Kings Sub Basin’s SGMA drama is heating up. He said the underground flow data is starting to come to a place where modeling can start soon. There was a meeting last week of the seven GSAs in the sub basin. Consultants Provost & Pritchard presented options to work towards coordination. The North Kings GSA, of which FID and I are members of, will have a board meeting this Thursday. The outreach plan is 50 pages long, very comprehensive and a thing of cooperation within the NKGSA. If adopted this Thursday evening it will be placed on the website and used for future landowner meetings. The money for the GSP development – $1.2 million – is in the mail? Serrato said don’t start holding your breath for that grant money until the end of the year. He said the seven GSAs have now agreed to begin meeting twice a month and his time has already been stretched. He’s spending 30 percent of his time on SGMA and Claes and Stretch are also very involved and as important as it is, he wants to start the discussion of the NKGSA help carry some of the personnel costs. Serrato will most likely transition from GM of FID to Ex O of the NKGSA at the end of the year. He said there are a lot of moving parts. Director George Porter asked if hiring from the outside will be necessary soon. Beberian asked about 218 Elections but none of the other GSAs in the sub basin has held one yet. He said they have to be careful no 218 for the GSA takes place anywhere near a FID 218. Kings River East GSA had a Prop 26 election but it’s not binding on payment from landowners if I understood him. Stretch said the goal – and North Kings is on track to meet it – is to have a GSP before the 2020 deadline.

Stretch said the Friant Water Authority has welcomed FID back into the fold. He said Friant’s CEO Jason Phillips was great to work with and the district was welcomed with open arms. There is a point dealing with how to allocate the costs of the subsidence repairs. FID doesn’t think it should be liable for those costs. However, FID along with most all of Friant believes it would be good for FWA to take title of the Friant Kern Canal from the Bureau. Also, Friant is updating its bylaws and has requested review from members. FID attorney Jeff Boswell found a couple of things and Friant has been accommodating for the most part. Finally, the City of Fresno has wanted to bring in trail advocates to talk about trails along FID canals within the city limits. Stretch has wanted to keep it at the staff level until things can be settled a little more. And also finally, there will be some FID grower meetings coming up soon and one is in Kerman. The McMullen Area GSA wants to speak briefly as there are several growers in both areas. I was relieved to find out Provost & Pritchard engineer Lyn Groundwater is on one of the committees. So, they got that going for them. Stretch said he and Beberian attended an ACWA legislation seminar recently. It was held in Sacramento and Beberian said two things: traffic in Sacramento is hideous and many of the lawmakers didn’t seem to know what they were talking about, literally. Often the legislators are courted by special interest like SB 623, the fertilizer tax. Somehow the cities would have to help pay for the upgrades to the disadvantaged communities’ water infrastructure. The state will collect this money and give it to the enviro justice NGOs. That’s what I heard.

Serrato gave his report and said the Kings River Water Association budget of $2.3 million was set today. He’s concerned about the Britz Fund running out of money and the KRWA going after upper river funding. The other thing is there are two additional positions coming open; assistant water master and water resource analyst. Serrato said that caught him off guard, I guess you had to be there. He said there was $300,000 set aside in a water rights defense fund. Could that have something to do with the proposal by Semitropic WSD to move Kings River flood water to Kern County? Yes, yes it does. In other news the NASA snow survey is well respected. I didn’t hear if KRWA will be contributing to this. Friant is a big fan of it. Serrato reported he gave a presentation to the State Board staff about SGMA and he felt it was successful. He gave a similar presentation to the Great Valley Center (?) in Modesto. He was adamant the place of origin needs to be respected. In light of SGMA the area’s water needs to stay in the area. Karen Ross, California Secretary of Ag was there and if I understood correctly she wasn’t aware of how much land will be taken out of production due to SGMA. So, something right there to think about.

Under administrative matters Hailey talked about installing a new monitor for the boardroom. There are wiring challenges and the model they want is on back order. Also, the City of Clovis will be having its Mayor’s breakfast in May at the same time as ACWA, but FID directors are invited. Jacobsen reminded everyone today is the first day of spring and National Ag Day. Director Jerry Prieto said he went to a California Farm Bureau meeting recently where he learned of a situation in San Luis Obispo. Some enviro activist are trying to get all ground water to be public trust water in SLO County. He brought that up at a coffee shop talk last month where Fresno County Supervisor Buddy Mendes will take this to CSAC, the Cal State Assoc. of Counties to sound the alarm. And that was that as the meeting went into closed session.