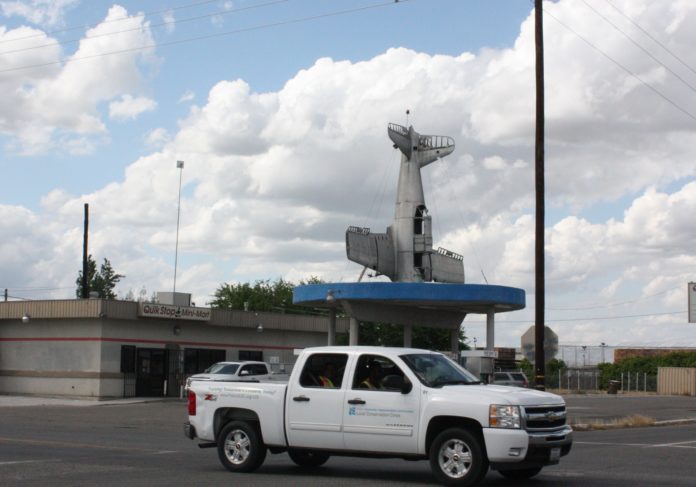 The Fresno Irrigation District held its board of directors meeting at its Fresno headquarters on Wednesday, May 15, 2018. It’s starting to feel like the Valley again. The temperatures are getting warmer and the nights are becoming nice. I’ve been in Dallas, Texas when it was 113 degrees with 98 percent humidity and it was miserable. I’ve been in Arco, Idaho at -36 degrees. I feel I’ve experienced everything in between, but I’ve never felt more comfortable than weather in the evenings and nights in the San Joaquin Valley. Sometimes it hot or foggy, but we have great summer evenings.

Chairman Ryan Jacobsen called the meeting to order at 4:00 pm. I don’t think I’ve been to a meeting he’s chaired that started even three minutes late. He don’t play that. We saluted the flag, reviewed the agenda, affirmed no conflicts of interest and there were no public comments.

Director Greg Beberian pulled the minutes from the consent calendar and asked to see the status of the agreement with Consolidated Irrigation District of Selma that caused some discussion last month. He wanted to see the agreement in writing and get an update at next month’s meeting. General Manager Gary Serrato was happy to make sure this happens.

Controller DeAnn Hailey gave the financial report and the board approved her good news as well as approved the payment of the district’s bills. She told the board getting a line of credit from Wells Fargo was more complicated than a personal line. The $6 million Central Basin Project will have $4 million in grants, so the district needs a bridge until the grant money comes in. she explained how the special credit line will allow for more flexibility and there are no bank fees attached. Well, there are attorney fees of course; estimated to run between $10,000 to $13,000 to review things. No prepayment penalty either. The aboard approved. It also approved leasing some property the district owns in Southwest Fresno to the Pancho Villa Riders, Motor Cycle Club. This isn’t a new arrangement. Hailey said the MC has kept the property up and paid rent on time. There’s not been a problem. Good for them.

Water Master Jim Irwin gave his report saying the cooler temperatures at high elevations have helped slow down the run off on the Kings River Watershed. FID has been diverting 1,300 cfs from the Kings River. On the San Joaquin River FID has an 85 percent CVP for 51,000 a/f. The slower the runoff on the Kings River the better for FID. The distribution of Kings River water is complicated; not impossible or counterintuitive but complicated to figure out. After all these years I still don’t have a firm grasp of the concept but I do know the way storage and diversions on the Kings River favor some districts over others depending on the nature of the runoff and the time of year. Irwin has a chart that takes into account on a month by month basis how much is coming to the district and how much is going out. He’s predicting to have more than 135,000 a/f available at the end of this month. Over the course of a year FID will lose 13,000 a/f to evaporation. The district also has 149,000 a/f in banking. The district is looking to run the entire month of August, but if it gets hot and the runoff increases – maybe only two-weeks of run during that month.

Serrato said there is some unreleased restoration flows on the San Joaquin River. A hot streak could melt the snow in the SJR Watershed faster than Millerton Lake can hold. He also asked the board about costs on annex area water. Staff recommended charging $150 a/f. Director George Porter moved to raise it to $300 a/f, but no one seconded the motion and it died. Beberian moved and Director Jerry Prieto seconded the staff recommendation of $150 per a/f and that passed. The price was $75 a/f before the end of uncontrolled season.

Chief Engineer Lawrence Kimura gave his report saying there are six developer projects in the district’s sphere of power. High Speed Rail is still sucking air out of things but they did dig up three basins for the district. The district is testing one Rubicon metering device. The Central School District is piping in some ditches and redoing gates. I guess they don’t want kids playing in the canals. Just west of FID’s HQ is North Avenue and Highway 99. HSR is cutting through some FID easement and wants to put a column in the middle of a ditch. Attorney JG Boswell said working with HSR is like wrestling with a three headed gorilla that feels no pain. The HSR easement folks don’t know what the construction folks are doing. An example: HSR is building on FID property without asking and Boswell is frustrated. The easement HSR form comes from Caltrans and reads like HSR owns the property. Serrato said State Senator Andy Vidak told him he’d stand shoulder to shoulder to shut them down. Prieto agreed, so do I. HSR build a pipe through some trucking company’s property without permission. It isn’t yet FID pipeline and won’t be until HSR secures an easement. There are 24 more situations like this just within FID boundaries. Boswell noted HSR is like a newly hatched, down covered duckling compared to the Union Pacific and Santa Fe Railroads.

Engineer Adam Claes gave a report about maintenance and staff said building up the banks of the district’s unlined canals is no longer being done. The canals are now dredged. Beberian said the canals are getting wider and shallower. A rotation of areas prone to sediment is being established and the newer equipment allows better shaping of the canals. Assistant Manager Bill Stretch said rebuilding canal banks has been a well discussed topic and policy has improved. He’d like to pipe most of the smaller channels that run through urban areas but it’s expensive and is projected to take time.

Stretch has been instrumental in the North Kings GSA; the GSA FID resides in. He reported the gnomes are working on getting the GSP together and the coordination agreements and the outreach efforts are all being worked on. There will be an advisory committee meeting this Friday in Clovis. The coordination meetings are focusing on how much water is coming in, how much is going out and who’s responsible. There’s one out of the seven GSAs in the Kings River Sub Basin that doesn’t agree with the belief that its over drafting as much as claimed. The conflict resolution agreement puts former DWR’s Paula Landis and former USBR’s Bill Luz in the mediation chair. This is being well accepted.

Stretch also updated the board on Friant matters. He said the Friant Water Authority has a RFQ out to find ways for dealing with the subsidence on the Friant Kern Canal. There are some expensive alternatives. Like $100 million for pumps and Porter asked if this could be something discussed in closed session. Boswell didn’t think it was agendized properly for today but could be addressed in future meetings. FID has not wanted to be on the hook financially should the Meral Bond not pass. Serrato s suggested at the next meeting Porter (FID’s representative on FWA’s board) ask where the South Valley Water Association stands on paying for this. The NASA Snow Survey is still popular. Porter said the big Friant battle is still down the road.

Trails along FID canals in the urban area of the City of Fresno have been in discussion. Stretch said he thought there was a meeting of minds but he hasn’t heard much from the city. Prieto said he was approached by John Wright and Mark Kepler at the last Mayor’s breakfast in Clovis to urge FID to agree to the trails. Prieto told then they are waiting on the city.

Serrato gave his report saying at ACWA he met with Vidak and Assemblyman Joaquin Arambula who has a bill declaring groundwater recharge as a beneficial use in critically over-drafted basins. He spoke with Cindy Tuck from ACWA and there was much discussion at the Kings River Water Association meeting. This bill is getting push back from both Northern and Southern California. The Semitropic plan to take Kings River flood water didn’t receive funding from the California Water Commission’s latest Prop One round. He cautioned there could be other money in other portions of Prop One.

September Sing told the board any director who started a term after 1995 won’t get a retirement benefit of paid health insurance. Former director Jeff Neely has been getting this benefit and that has to be fixed. Serrato asked the board to allow some research. Beberian recited some conflicting laws and he wants to get a legal opinion. Let me be clear; Neely is under no cloud nor liability in regard to this or any other matter I’m aware of. Staff will look this over and get a legal opinion.

Under directors’ reports Beberian said he had a good time at ACWA. Director Chris Woolf said he sent his wife to ACWA and she had a good time. Woolf is married to Westlands WD Director Sarah Woolf. Porter said he really appreciates how good the canals look. Prieto said houses are going up as fast as almond trees. He’s concerned about the proper procedures are being followed. Jacobsen said

The meeting then went into closed session for three items.