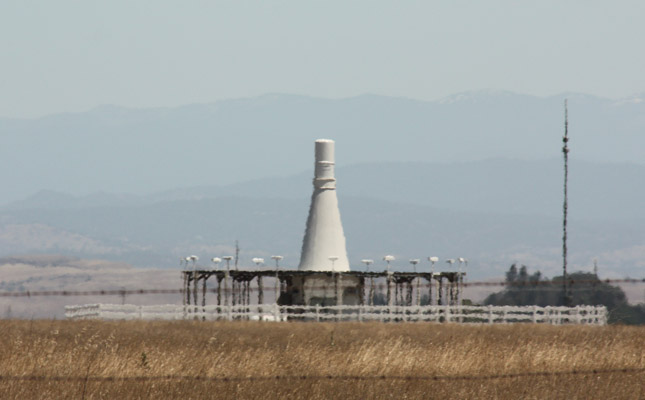 The Fresno Irrigation District held its board of directors meeting at its Fresno headquarters on Tuesday, May 16, 2017. The before meeting chatter included predictions of a relatively short meeting. Perhaps Chairman Ryan Jacobsen is in a hurry to get home since his wife just had a baby. Good for them. The meeting began with a flag salute at 4:00pm and there were no public comments or conflicts of interest. The consent calendar was approved. The consent calendar is a great invention. All the routine matters that could get dragged around in the minutia are placed in one item and voted on as a whole. For instance: approval of the minutes is on the FID consent calendar. If one of the directors wishes to amend the minutes it can be pulled separate and dealt with. So maybe the meeting will be short after all since the board approved the consent calendar without pulling any part.

Controller DeAnn Hailey gave her report and said things that either made the board happy or at least didn’t alarm them. I did notice the district has good liquidity. FID actually has property for rent; a few houses and 100 acres of grazing land. The board liked what they heard and with only a couple of inquiries from Director Greg Beberian to clarify one of the data sheets they approved Hailey’s report. Hailey told the board Wells Fargo has been in trouble and in the news lately. Wells Fargo’s rating had dropped to “needs to improve” which makes them ineligible to provide services to FID. But the rating from the State of California imposed some changes that raised the state rating one higher than needed to qualify to serve the district. Hailey said the district is now working with a lady from the Bay Area that has been able to improve some of FID’s position. Hailey asked if the board wanted to change banks. General Manager Gary Serrato said Hailey wasn’t advocating a change but rather doing her due diligence.  The board felt that Wells Fargo is now monitored tighter than any other bank and since FID has been with Wells Fargo for a very long time there was no urgency to go to another bank.

Jim Irwin, Water Master gave his report and said FID is diverting 1,315 cfs from the Kings River and another 1,315 cfs from the Friant Kern Canal. FID has 84,000 a/f in storage at Pine Flat Reservoir and 60,000 a/f of Class I San Joaquin River water at Millerton Lake. Chief Engineer Laurence Kimura gave his report and Director George Porter congratulated him for serving the district so well. That was in regards to being able to figure out a way to efficiently use the system to get water to an area currently unserved. Kimura gave credit to staff. Good for him. He went over the budget with the board. Assistance Manager Bill Stretch gave kudos to Kimura and staff for the difficult maintenance schedule they are experiencing. Stretch said they have been focusing on reducing service disruptions which has in turn has placed limits on the time available – which in turn has impacted the budget. Director Jerry Prieto was pleased with the plan and the board approved.

Stretch reminded the board Adam Claes has been promoted to – I didn’t catch the title but the position carries more responsibility. In the future Claes will be giving the maintenance and construction reports. Stretch spoke about the cooperation between the City of Clovis and FID on tree branch removal along canal banks. Claes gave a very short report about waiting for bids to arrive on some of the construction projects.

Next Stretch spoke about the North Kings Groundwater Service Area and said the GSA board is meeting less than monthly but the committee meetings are moving forward. Legal counsel is sitting in on the subcommittee meetings so they’ll be up to speed. Serrato is the head pasha of the NKGSA so he meetings monthly with the other five GSAs in the Kings River Sub Basin. Serrato said the ACWA JPIA will accept to insure GSA boards for the first two years because that is how long it will take before the plans are implemented. At that point there will be a reevaluation. He also said the City of Selma probably in conjunction with other south county cities will form their own GSA. Selma, Fowler, Sanger and Parlier are looking like they will join together. It isn’t clear what Kingsburg will do. There was some speculation this was from the unwillingness of Consolidated ID to allow the cities a seat on the Central Kings GSA. No one on the board thought striking out on their own at this late date is a good move for the cities.

Stretch presented the board with a modification to the Special Activity Agreement with Friant North Authority. This was work plan three and the board approved. Stretch also asked the board for revision to the 40-year old policy # 500-201 (in case you were wondering) dealing with “Use and Water Rates of Canal Water for Low Rate Continuous Flow Irrigation Systems.” I’m not sure what the details were but it had something to do with allowing more canal water to be used in drip systems. Or how to bill for the continuous flow in time for the first board of equalization meetings the district will be holding as this could impact the category of water they are charged. The board approved.

Time for the E Ticket ride; Serrato gave his report. He said there will be some discussion in closed session about the perpetually turbulent waters of the Kings River Water District. There is a need for a staff biologist and that position would be housed at the Kings River Conservation District. There are plans to put a trout hatchery on the Kings River. He said flood releases from Friant will most likely continue into July. Stretch said the district has a letter of support for the Temperance Flat project. The board approved the letter and there will be a press release later.

Serrato told the board the three 218 meetings were held and they weren’t nearly as well attended as hoped; but he thought the information was well presented and for the most part well received. Well, how about the preceding sentence? Sometimes they just flow. Anyway, the public hearing and last chance to vote will be June 8th with a 4:00pm with the deadline at the end of the hearing. There will be a brief opportunity to submit one’s ballot between the close of public testimony and closing the meeting. There were questions about what if those holding their property in a trust, say a couple, would they both have to sign the ballot. Yes, if they are both listed as trustees. What if the wife wants it and the husband doesn’t – just don’t turn in a ballot. This discussion was detailed. Attorney Jeff Boswell (yes, he’s a former director) and management are willing to go the extra mile to be sure this 218 election is untainted. The district needs the money* and they weren’t taking any chances of a technical foul.

Under administrative matters Serrato said there is a known as New Current consultants. It is looking to develop a strategic plan for FID. He listed a who’s who of members such as Dave Orth and Gary Sawyers. Serrato said there will be a charge for this. I think about $7,000 per month, not to exceed $60,000. Serrato said the current board and boards as far back as when he was a young man first starting at FID have been opposed to taking in new land to the district. That might be worth revisiting in light of possible advantages with SGMA. It seemed the board likes the idea but wants to wait until the 218 election is out of the way.

Directors reports were next and Beberian said he was in Monterey last week and it looks like there will be an Ag Committee formed within ACWA. Jacobsen said the Tapped Out television show will continue this Thursday at 7:00pm on PBS Channel 18. This is online and will possibly be available on DVD soon. Porter said he went to the ACWA PJIA and they are now insuring drones.

ALL RIGHTS RESERVED.  Copyright 2017 by Don A. Wright   No part of this publication may be reproduced, stored in a retrieval system, or transmitted in any form or by any means, electronic, mechanical, photocopying, recording, or otherwise, without the prior written permission of DAW.  *See the town hall report from April.