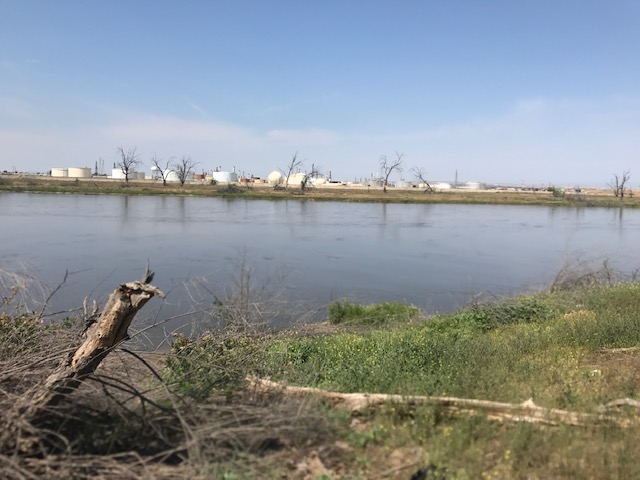 The Glenn Colusa Irrigation District board of directors met in person at its Willow headquarters, on Mind-Soft Teams and by telephone on Thursday, November 17, 2022. The Sacramento Valley is a unique part of the state. It’s about a third the size of the San Joaquin Valley. The western portion of the southern San Joaquin can be very dry and devoid of trees in some areas. The Sacramento has beautiful oaks lining both sides of the Valley in the foothills. It also has Sutter Butte sticking up in the middle of it. I always find it both exciting and puzzling to drive along a flat valley floor and there’s a mountain all by itself sticking up.

The meeting was called to order by Chairman Don Bransford who led us in a flag salute at 9:00am, the scheduled start time. The consent calendar was approved so the minutes and accounts payable were covered. There was a payment to Colusa Farm Supplies that was also approved separately.

Janet Zimmerman from CV Strategies gave a presentation for a renewal of a one-year communication support agreement. Zimmerman said CV holds weekly meetings with General Manager Thad Bettner and develops public relations materials; specifically mentioned was the materials for the Water Education Foundation tour. Strategic planning, branding, video, print and website/analytics are all included as part of the agreement. Zimmerman presented a slide show of materials produced. GCID does have a new logo and it looks pretty good and now has a Fakebook page that includes an interview with Bransford on NBC. That’d be a good reason to go on that social platform.

CV Strategies has offices in Los Angeles, Palm Desert (between Palm Springs and Indian Wells) and Sacramento. The strategic plan is still being refined. Bransford said the district’s habitat projects need better recognition. There was a local television news segment that listed the district’s project but gave no mention of GCID. He suggested to Zimmerman CV give the board a quarterly update. He said he wasn’t aware of most of the material

presented and could use copies when he’s meeting with others. Bransford also suggested working closer with PPIC as the work being done there is excellent. The board approved the renewal. Good for them. In this increased media heavy news environment its often good to take the myriad responsibilities of district management and focus it on water matters. Sharing the load with a specialist only makes sense otherwise why have an accountant or superintendent?

The thing said about winter water rates is the Sacramento Valley is dry. Director John Amaro said there are species of wildlife showing up in the yard behind his home that have never appeared before. He also said for the growers who have been diligent with

conservation and as responsible as could be – he’d like to see very low to no cost winter water. He said that would help for the next growing season.

Bettner said there needs to be more rain for a decent winter water supply and there is a storm coming in. Of course that makes folks happy. He also said it would be good to set the parameters of a winter program now to avoid confusion and last minute tinkering. The goal, if I understood, depending on availability, winter water up to one acre foot per acre for $5. If there is more water there could be more offered. I believe the first bucket of water released to this program would be equally distributed across the district and following releases would be on a first come first serve basis.

Assistant GM Greg Krzys said there isn’t much coming out of Keswick and the district is pulling Term 21 water to keep the canal stable. There is a pump down on one of the canals causing a diversion to natural streams to move water. There is also a leak on one of the monitors requiring some adjustment to a lift station to ensure deliveries to the wildlife refuges. There was also some talk about operations involving individual landowners which led to an earlier discrepancy in amounts received but that has been resolved. There was an end of season meeting of staff to review the operations and determined there is room to improve.

Bransford said this year has been unprecedented. He said there is a learning curve for the way water was accounted during such an extreme season and I believe he thought the staff and the district handled a difficult situation well and will learn from it and improve.

Bettner said the district’s record keeping has been well maintained and he wanted the board to know the staffs’ perspective is well considered. He wasn’t suggested engaging in a he said/she said dialog with growers. The growers have their records as well. It was a dry year and even though communications were ongoing there were lessons learned. Some of the growers need to tighten up their end as well. It sounds like all or at least most of the crop types grown in GCID are classified and amounts assigned according to supply

availability. If I recall the CVP contractors in the Sacramento Valley got a 20 percent or so allocation. That’s not much historically. There’s a perception the north end of the Central Valley always has plenty of water. Sometimes but not always. They have their troubles too.

Director Blake Vann said he would agree better communication is need, that’s the lesson learned. However, he said for the most part having only three really vocal problems with landowners at the end of such a season isn’t bad.

I believe it was Kevin Nelson who gave the report. It was a bit difficult to hear him but it sounded like there wasn’t anything ultra out of the ordinary judging by board response. I heard him say they are working on a grant for the Colusa Subbasin and the Gravel Bar project that will include a gracious two-week deadline extension courtesy of DWR. Well, isn’t that nice? Good for them.

Louis Jarvis gave his report remotely from a room that was all white. It looked like the background for a television commercial. Stark shading straight lines with subtle curves. It brought to mind the iconic album cover of Robin Trower’s Bridge of Sighs. However, being this is a financial report and I didn’t have an actual document of figures to look at I’m going to make my usual judgement call and state GCID is doing pretty good when it comes to money.

Bettner said there is a good deal of interest in bringing on a GSP coordinator to help with development and implementation by the GSAs. Carl Stark flew out from Denver on behalf of the US Bureau of Reclamation to discuss the Sites Reservoir project. There is the possibility of the Bureau actually paying for a portion of this project.

There was also a productive water operator meeting last week. The Glenn Groundwater Authority is applying for numerous grants to aid in recharge. Bransford said the Sacramento Policy Group met with a lady from the National Marine Fisheries Service, didn’t catch her name. She said some distressing things like the goal was to keep enough cold water for the salmon eggs to hatch. Not actually restore fish. So, is the bar once again being moved? Another comment at the meeting was from another lady who was new and stated the salmon problem was decades in the making. Bransford told her 30-years ago fish screens were installed and that was going to solve the problem, but it didn’t. He said there are new people who need educating.

Attorney Andy Hitching had nothing for open session. The date for the December meeting would include acknowledging long time employee Rick Ortez for his service to the district. Friday December 16th will serve as the date for now. It’s herding cats to get everyone in a room at the same time. The meeting then went into closed session at 10:25pm to discuss four lawsuit situations and labor negotiations. Always a pleasant visit with GCID.

By Don A. Wright There is a new development in...
Kern Groundwater Authority GSA

By Joel Hastings Vice-President Roger Schuh called to order the...