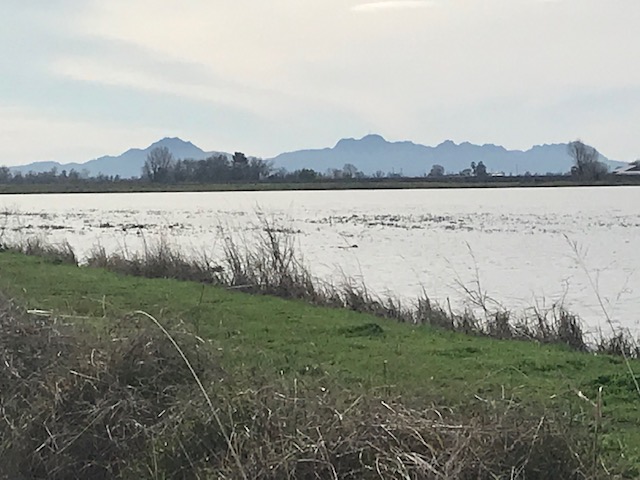 The Glenn Colusa Irrigation District board of directors met in person at its headquarters in Willows and by a remote dial-in number. Today’s agenda looks pretty standard for this time of year. Wisely, I believe GCID saves closed session for the end of the meeting allowing the public and assorted journalist a workable timeframe. However, today’s agenda has a continued item after closed session. It states additional business items from earlier in the meeting. This is rarely done so something important must be on hand.

There are five resolutions in the later portion of the meeting. All of them honoring retirees. That’s a great deal of institutional knowledge leaving all at once. GCID is one of the biggest districts in the Sacramento Valley and by all appearances is well run but even so that’s got

to be a hit. Each person is receiving a resolution in their honor. Listed are Dennis Michum, Pat Kennedy, Cheryl Taylor, Kathy Barr and Cynde Davis. I’ve had the pleasure of working Ms. Davis as she handles public contact and a good PIO is worth their weight in gold. I’ll miss her. Congratulations to all the retirees and best of success finding new folks to perform their duties.

At 9:05am the meeting started with Chairman Don Bransford calling the meeting to order and surprising me by saying they will hold closed session first, after the flag salute and public comment. A reception will be held for the retirees at the end of the meeting. They also graciously offered to call me back when the open session began again. So at 10 after Nine I wondered off waiting for the phone to ring.

Sure enough they called me back at 9:45am and soon they were involved in open session matters again. Bransford said there was no action taken on either lawsuits or personnel matters. Some folks were introduced as being present who I don’t believe where there before but I couldn’t catch their names.

The consent agenda was approved and the board had to reapprove the need to update the district’s ability to conduct business remotely. The board also paid its bills.

There was a presentation reviewing the assistant general manager’s position. There was also a review of the district’s recruitment and hiring practices. The board approved preparing a brochure advertising the position and will bring that back at next month’s

meeting. There are also five positions coming open and it was said it is taking a longer time to find the right people and the board instructed staff to go ahead get rolling on this matter. There was an item, 6B that had been tabled then un-tabled. It involved  Clarke Ornbaun who requested either a replacement or an increased capacity of a drain crossing under 64-1a-1, not sure where that is located but nomenclature is meant to be decrypted. Anyway, this is a problem as there isn’t anywhere for that water to go. There will be more discussion with the landowners and a clarification on the type of classification that project would fall under. If I understood correctly.

The next item was an approval of Resolution No. 2021-19, the general district election results. All the seats up for election were unopposed so it was a pretty easy task to get the board to approve the resolution. When a special district seat is unopposed in an election the usual course if for the county board of supervisors to reappoint the office holder if they are in fact running again. As far as I know this goes for other special districts like fire protection and cemetery districts as well.

The maintenance report was next and someone was rustling papers or dragging a diamond tipped, hard tined rake across a concrete surface near the microphone so it was difficult to hear the report. A portion I was able to hear; they need 72 feet of pipe to complete a project.

The water report was next and someone said current diversions are about 225 cfs and going to the wildlife refuges. There was some dewatering of the system with that supply going to the refuges as well. I believe I heard them say inflow in Shasta is improving somewhat. It was also said there are new folks moving up in the district’s construction positions and that is allowing for better training for the younger folks and is working out well for the district. Good for them.

The engineering spokesman reported from the same room location as whoever gave the maintenance report near the paper rustling, rake dragging audio disrupters. There are some problems with parts of the district’s gate system that will require some additional adjustments. There was pressure problems and it sounded like the problem was with the manufacturer’s design or the initial instillation and either makers or construction company that installed the gates will fix the problem. These repairs should take a while but the system can be operated in the meantime until the repairs can be completed. It was interesting to hear some of the alternate options include gates that are already wired to take power from generators and even if there is a large rain event the district will get this project completed, if I understood.

Between the upcoming holiday, the short week and lack of rain in the near forecast there

won’t be much happening in the way of deliveries. This all involves Term 91 Water. The Term 91 Water deals with stored or natural flows in the Sacramento River and the determination is made by the State Board as to how much can be diverted.

Staff then reported on water resources. It sounded like there are still some opportunities at Sites Reservoir or perhaps a site on the GCID system for additional supplies. I really need to get up to the Sac Valley and look around a bit. One handy tool I use is a series of maps of water and irrigation districts in the Sacramento and San Joaquin Valley’s prepared by the Ag Lenders Society of California. And of course you can kind of follow along on Google Earth.

It was also reported the restoration program is moving forward with an agreement from I believe Reclamation District 2047 that appears to cover much of the same area as GCID. Both boards will be sure they understand where their individual responsibilities lie and that will take shape in a workshop coming up sometime in the not too distant future.

A treasurer’s report was given and it sounded like the district was able to move $20 million into a more advantageous investment fund at the end of October and has already earned $1,200 bucks or so in just a few days. There are more reports pending with this new investment. The timing has caused a hiccup in this month’s report but things will be sorted out and a new, improved format will be presented next month. There is an approaching deadline for a damage claim that is kind of hanging out there.

General Manager Thad Bettner said on November 10th there was a Corning Subbasin review of the Groundwater Sustainability Plan under SGMA. On December 8th the Corning GSA will take a vote on adopting this GSP. There is also the Colusa Groundwater Authority GSA involved. It was said a lot of work has gone into this. DWR has updated its website where more information can be seen. There were comment letters of course. It sounded like there were the usual NGO critics firing away. Staff did recommend the board take a look at these comments.

In other news GCID has union representation for some of its employees and there is that concern to deal with. Attorney Andy Hitchings had nothing to report beyond what was already covered in closed session. In other business there will be two December board meetings on the 2nd and 16th unless things change. Bettner said there is a need to discuss a Prop 218 election and there are timelines that have to be adhered to so December double meetings is necessary. That was that and as I hung up I could hear happy people celebrating the Item Six resolution party. Good for them.